The media tells us that this is because of Mohammed cartoons, which plays into their narrative re banning criticism of Islam & cracking down on freedom of expression. In reality,  Mohammedans are commanded to wage war on infidels to make their religion dominant, to terrorise & to subjugate them, unless or until they submit to Islam. Mohammedans don’t need any particular reason for that. Jihad is permanent & relentless & doesn’t need Mohammed cartoons to turn violent. 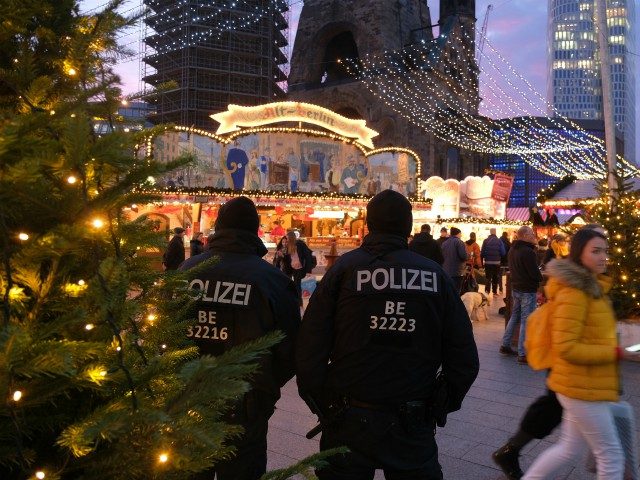 A former MI6 operative who spied on al-Qaeda has warned that an Islamic State leader is coordinating attacks on Europe, including the United Kingdom, over the Christmas period in revenge for the republishing of Mohammed cartoons.

Former terrorist bombmaker-turned informant Aimen Dean told members of the security and policing professions at an online International Security Week conference based in London that plans to commit terrorist acts are being hatched in Islamist-held areas of Libya and northern Syria, and are being coordinated by Abu Omar al-Shishani.

France is much belatedly taking what many see as an immediate common sense approach to defeating terrorism against citizens, this after the latest series of ghastly terror attacks to hit the heart of Europe over cartoons depicting Mohammed, and after President Macron vowed not to cede France’s proud secular free speech traditions to the Islamists.

“French authorities will swoop down Thursday on dozens of mosques and prayer halls suspected of radical teachings as part of a crackdown on Islamist extremists following a spate of attacks, Interior Minister Gérald Darmanin said,” according to French media.

“Darmanin told RTL radio that if any prayer hall was found to promote extremism it would be closed down.”

The Interior Minister specifically said authorities have identified up to 76 mosques that have been “flagged” for possible extremist doctrine or activity. This is out of an estimated total 2600 mosques and Islamic centers throughout the country.

The latest attacks on French soil included knife attacks inside a church in Nice, where three died, but also a major attack on a Jewish neighborhood in nearby Austria. In these as well as prior Paris attacks police uncovered networks of radical mosques which police claim they were previously unware of.

The Thursday operation to simultaneously “swoop in” and investigate dozens of mosques is likely the biggest such single effort in recent European history, but is also likely to add fuel to the fire of Islamist rage globally. In the past couple months since Macron blamed global Islam for having a “problem” with extremism, there’s been mass anti-French protests in places from Pakistan to Saudi Arabia to north Africa.

Over three weeks ago a terror attack on a French-consul hosted WWI remembrance day ceremony in Jeddah, Saudi Arabia resulted in at least three people wounded.

“There are in some concentrated areas places of worship that are clearly anti-Republican,” Darmanin told RTL radio, “(where) imams are followed by the intelligence services and where the discourse runs counter to our values”.

But he added that the fact that only a fraction of the mosques in France were suspected of peddling radical theories showed “we are far from a situation of widespread radicalisation”.

The fact that the French government is willing to now openly admit its intelligence is in some instances following Muslims on French soil shows how sensitive authorities are to the avalanche of criticism that followed the recent months’ attacks.

Angry citizens have denounced that Paris and the security services have allowed for radicalization right under their noses while doing nothing. It appears Macron is finally serious about going “gloves off” – but only after multiple people have died. This also after the major Charlie Hebdo massacre of 2015.