Denmark had enough of Mohammedans:

“There are specific countries that we have had very bad experiences with: a lot of them have got citizenship in the past 40 years, and we can see in the statistics that both the citizens of these countries and their children are more criminal.”

Hypocrisy is not in their vocabulary. 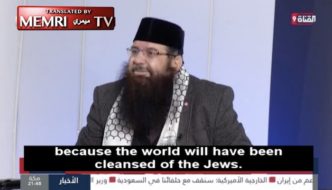 Islamic scholar: Muslims must ‘get rid’ of the Jews, once the world is ‘cleansed’ of Jews, there will be prosperity

Nassar’s hatred and paranoia are seismic in scope. Note also that he is no “extremist.” He quotes the Qur’an and Hadith. Will any Muslim cleric in the West kindly explain how he is getting this material all wrong? He says:

The most dangerous enemies are the Jews.

All the other enemies of the cause are the lackeys of the Jews now. Allah clarified this matter: “You shall find the strongest in enmity towards the believers to be the Jews.” [Qur’an 5:82] “They will continue to fight you, until they turn you back from your religion, if they are able.” [Qur’an 2:217] Many verses speak about the corruption. If we, as Muslims, really want to live in peace and security, we must get rid of this enemy. Furthermore, according to the Sunnah, when the trees and the stones will speak on the Day of Judgment, they will express disgust at them, either verbally or figuratively. They will say, “O Muslim, kill him, it is a Jew.” [Sahih Muslim 6985] After they are killed, in the time of Jesus, Muslims will experience their best days, because there would be no more Jews on earth. Earth will bring forth its blessings, the sky will send down rain in abundance, people will live in peace, even if someone would put his hand in the mouth of a snake, it would not harm him, and wolves will graze with sheep. There will be an amazing atmosphere of abundance and prosperity. No one will need charity, because the world will have been cleansed of the Jews.

AP provides us with unfiltered Mohammedan propaganda from a SHEIKH SAALIQ.

Moslem riots in India are now the fault of the Hindus, who are not only expected to put up & shut up but to declare the aggressors as victims. 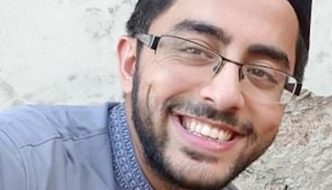 UK imam says Islam is ‘peaceful,’ not a ‘single word’ in Qur’an to justify ‘ramming your car into people’

That’s true. Because Muhammad didn’t have a car. But the Quran tells the believers to use any kind of weapon against disbelievers. The Saudi Quran actually mentions tanks and airplanes. So why not cars. Ever seen a Taliban without his Toyota & his rocket launchers? 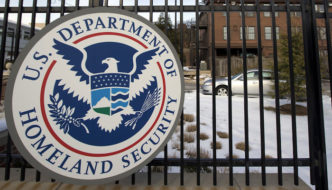 Has the Marxist Moslem John Brennan been promoted to the DHL now?