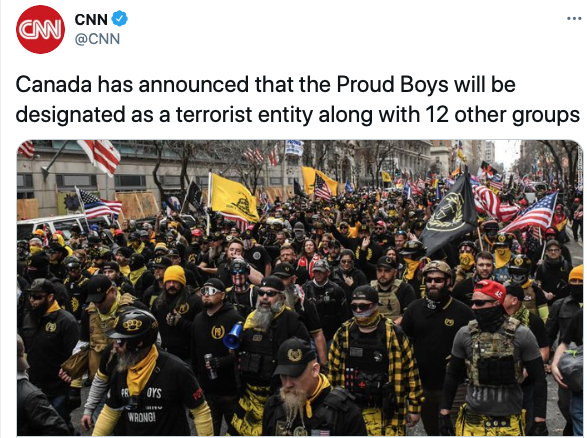 But… but… the Proud Boys are just an idea, no?

“Their violent actions and rhetoric are fueled by white supremacy, anti-Semitism, racism, homophobia, Islamophobia and misogyny, and unfortunately, often in combination of all of the above,” said Public Safety Minister Bill Blair at a news conference Wednesday.

Canuckistan is going down fast. They voted for Turdeau TWICE! 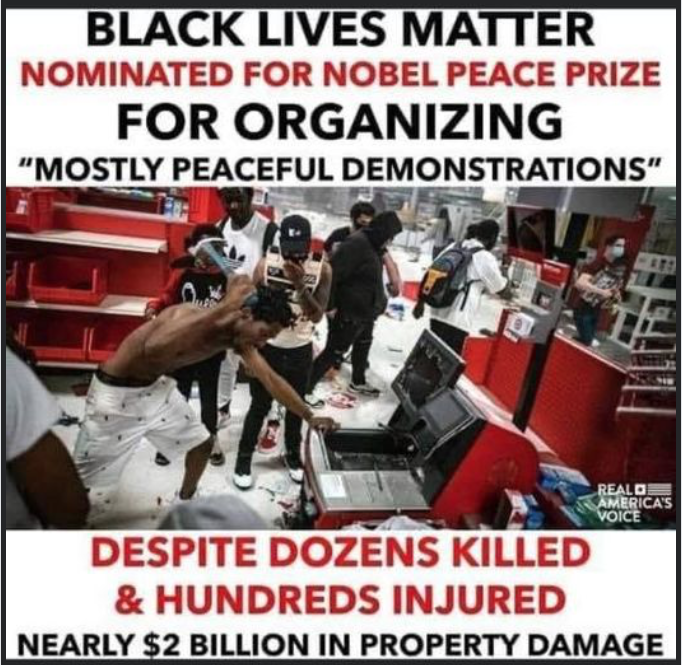 Communists are so committed to creating “utopia” that they will suppress—or murder—millions of people simply for questioning it.

America has lost all moral standing to tell Burma anything while we just inaugurated a “President” with 25,000 National Guard troops as security occupying Washington DC. Oh, and the troops were vetted to ensure political loyalty.

How do you incite a riot that was already planned?

How do you incite a riot when the president said “peacefully and patriotically make your voices heard?”

This #impeachment is ridiculous.

Donald Trump brings peace to the Middle East, and BLM is nominated for the Nobel peace prize? Is anyone else confused or is it just me?

US embassies are America’s public face to the rest of the world. What does America stand for, to judge by these embassies? From the viewpoint of the majority of the world population, the answer may be degeneracy, mental illness, and sexual deviancy — at least when Democrats are in charge.

Biden’s bureaucrats have decided to back away from moving terrorists in Guantanamo Bay to the front of the line for vaccines.

The Left preaches "unity" and "healing" while carrying out violence against you.

They then denounce you as "violent" for peacefully protesting.

Violence is coming to America on an enormous scale. So be prepared to defend yourselves and your communities.pic.twitter.com/URWonHva4o

We are now experiencing Full-on Soviet Style Censorship. What’s next cannot be good.

The Establishment wants to go back to the days of Romney, the Bushes, and the Cheneys.

We're not going back. pic.twitter.com/qMMxYyywyj

The officer who killed unarmed Ashli Babbitt, was not threatened or facing deadly physical force. In any other police force in the US he would face criminal investigation and potentially charges. Is there a different standard of justice for Trump voters?

The Capitol police officer who shot a woman attempting to breach the speaker’s lobby during the Capitol Hill riot is reportedly not likely to face charges after a preliminary decision by investigators in the case.

The officer, who has not been named, had been placed on leave after the Jan. 6 riot while an investigation took place into whether rioter Ashli Babbitt’s civil rights were violated, according to The Wall Street Journal.

Babbitt, a 35-year-old Air Force veteran and Qanon supporter, was climbing through a window that had been shattered by protesters when she was killed.

The Justice Department civil rights investigation into the shooting was a routine procedure following the use of deadly force by a police officer in Washington D.C.