Well, of course not.

What we have here is a deliberate effort to gaslight ignorant people that the global jihad is driven by skin pigmentation. Anyone with half a brain knows that this is absurd. But the drecks journaille has been getting away with these lies for ages & will continue with this propaganda as long as they’re allowed to do so.

and a minority of them are white https://t.co/P5YfI8HZ6k 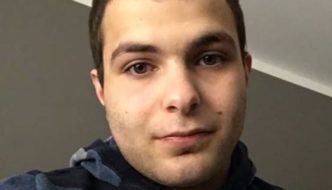 Editors’ note: As we witness U.S. authorities and the establishment media trying to de-Islamize the Jihad in Boulder and to obscure the fact that the Jihadist perpetrator, Ahmad Al Issa, is a Muslim migrant ISIS sympathizer, a vital question confronts us: why does the Left consistently engage in Jihad Denial? 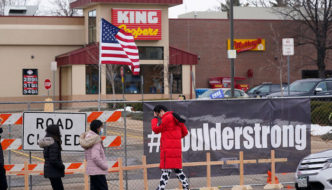 The Boulder Jihad Massacre: Clearing Away the Deceptions

The attack in Boulder, Colorado was an act of jihad by Ahmad Al Aliwi Alissa. Alissa was likely taught and trained in the local Boulder area by organizations acting as a part of the hostile North American Islamic Movement. This network is allowed to operate because local and state police agencies, as well as the FBI, have no knowledge nor understanding of the doctrine, network, and modus operandi of these hostile actors and organizations nor the grave danger they pose to the communities they have a duty to protect. 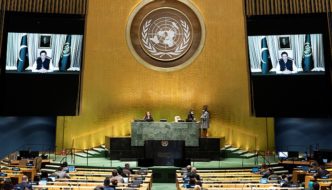 UN leaders speak out against Islamophobia and anti-Muslim hatred

The UN has been totally corrupted by  petro-dollars & has been in the pocket of the OIC for decades. No western nation should be part of this charade.