Nothing was inaccurate in the those questions/answers. Nothing.

The professor was accurate, factual & correct. His Q&A  should be used in every school to teach the truth about Islam. Unfortunately, if there’s one subject where truth cannot be told, it’s islam. I’m still waiting for the FBI to find Philip Haney’s killer after Obama went after him for truth telling. 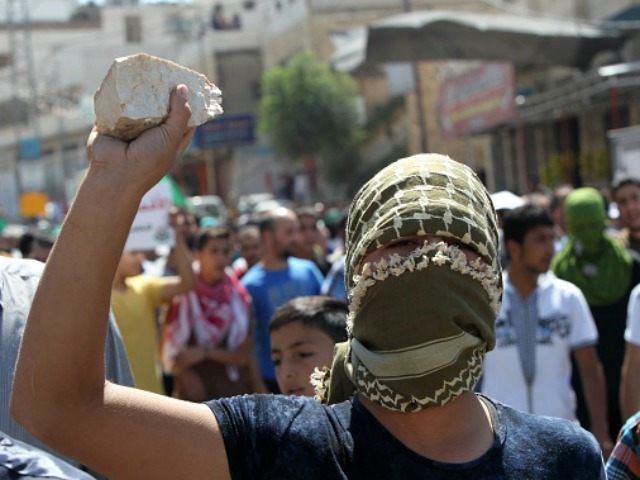 The predicament began last May, after one of Damask’s students, Mohamed Sabra, became offended over the professor’s quiz questions.

One of the quiz questions read, “Who do terrorists strive to emulate?” The correct answer on the quiz was the founder of Islam, Muhammad.

In reaction to these questions, Sabra and the Council on American-Islamic Relations of Arizona (CAIR) launched a lawsuit over the professor’s lesson in Arizona U.S. District Court on First Amendment grounds.

In August, however, the lawsuit got thrown out after Judge Susan Brnovich ruled that Damask’s class material never interfered with Sabra’s personal right to practice his religion. The student is appealing the ruling.

After Damask’s quiz questions first went viral — sparking outcry and thousands of negative emails pouring into the school — SCC President Christina Haines and the school’s public relations staff reacted by publicly slamming the professor, and pressuring him to sign an apology letter that they had “scrambled” to write for him.

The community college even went as far as to suggest the professor be required to meet with an Islamic religious leader to review the contents of his course.

Haines had also posted a message on social media stating that the quiz content was “inaccurate, inappropriate, and not reflective of the inclusive nature of our college,” adding that “SCC deeply apologizes to the student and to anyone in the broader community who was offended by the material,” reports the Phoenix New Times.

Haines also maintained that the professor would apologize. But Damask did not apologize as promised.

District officials who oversee operations at SCC ended up getting involved on Damask’s behalf after the Foundation for Individual Rights in Education (FIRE) sent a letter blasting the county college system for trampling on academic freedoms.

“Colleges can’t take away a professor’s academic freedom rights because they want to stem criticism on social media,” said FIRE’s Katlyn Patton at the time.

“The college basically broke every single rule about handling a student grievance that we have, all in the name of handling public relations,” Damask said at the time.

Now, the district is cutting a $155,000 check to Damask, with $30,000 of that designated for his lawyer, in return for the professor foregoing the right to sue the school system or disparage its officials, according to a document obtained by the Phoenix New Times.

David Chami, one of Sabra’s lawyers, called the $155,000 settlement “offensive.”

“The county took taxpayer dollars to pay a man whose class material and comments on right-wing radio, and what he has said about Muslims… is openly hostile to people of that faith,” Chami said. “It’s a gross miscarriage of justice. The fact that he’s still employed is offensive to me.”

FIRE, on the other hand, was pleased to hear about the settlement.

“FIRE is happy to see the district take some financial responsibility for disregarding faculty rights, and looks forward to seeing how it plans to strengthen its commitment to academic freedom,” the organization said in a press release.