Stacey Abrams: AZ Recount ‘a Continuation of the Insurrection’ 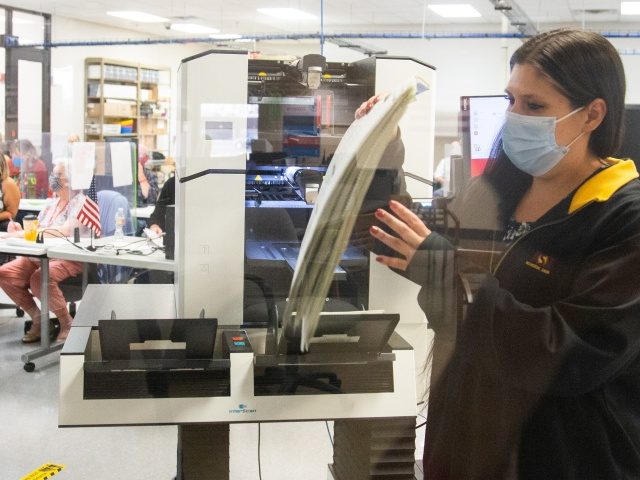 Liz Cheney to Bret Baier: ‘Fox News Has a Particular Obligation to Say that the Election Wasn’t Stolen’

‘The FBI and Supreme Court must act swiftly when election irregularities are surfaced and not ignore them as was done in 2020,’ they wrote.”

More than 120 retired generals and admirals from the United States Armed Forces warned in a letter this week that the U.S. was entering a state of “deep peril” under the leadership of President Joe Biden and even called into question his physical and mental health.

The letter, which came from a group called “Flag Officers 4 America,” said that the country was in a fight for survival as a constitutional republic against Marxist forces that seek to destroy American’s rights.

Trump mocks comparisons of Biden to Jimmy Carter: The current president is worse. Trump says Carter failed to manage crises, but Biden has ‘created’ them.

“The Current Administration has launched a full-blown assault on our Constitutional rights in a dictatorial manner, bypassing the Congress, with more than 50 Executive Orders quickly signed, many reversing the previous Administration’s effective policies and regulations,” the letter states.

The letter expressed concerned over what it called “population control” measures, including “excessive lockdowns, school and business closures,” and big tech censorship.

The letter highlighted the following key policy concerns that the former top military officers had:

The letter also called into question Biden’s physical and mental health, which comes after Biden repeatedly fell while trying to board Air Force One and has appeared to struggle to remember things while in office.

“The mental and physical condition of the Commander in Chief cannot be ignored,” the letter stated. “He must be able to quickly make accurate national security decisions involving life and limb anywhere, day or night. Recent Democrat leadership’s inquiries about nuclear code procedures sends a dangerous national security signal to nuclear armed adversaries, raising the question about who is in charge. We must always have an unquestionable chain of command.”