Biden spoke to US Air Force personnel in Europe. He told them that the greatest threat the US faces is global warming.

Yep, it’s right up there with bat soup.

You know they are getting desperate when they start offering Free money, Alcohol & “Joints for Jabs” Vaccine Incentives. This is getting ridiculous.

Hotels were made to house people on holiday, NOT to quarantine people! How fucking hard is it?

Fauci not only won’t be fired for Killing Americans for profit, he is still the highest-paid government official even above the President 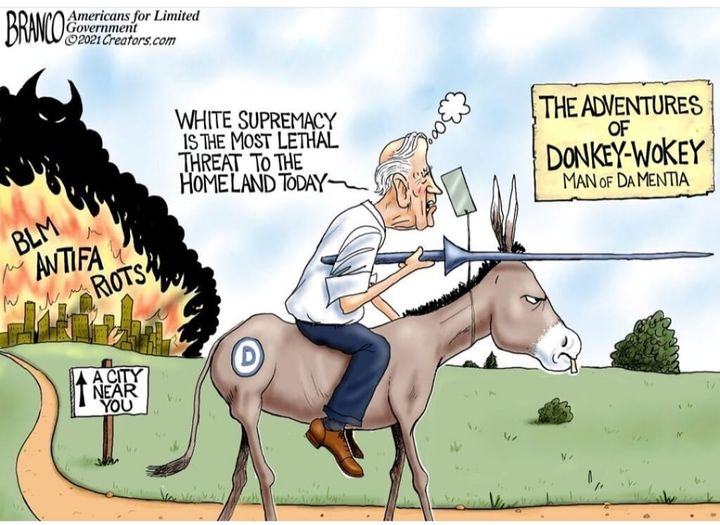 OMG, what have we here?

Frankfurt School acolyte, Hussein Obama, who set in place all the institutions which make freedom of speech illegal in the US, claims that the only nations preserving their people, culture and religion in Europe are authoritarian.

Of course he says NOTHING about the 50+ countries that are Islamic and have the fact that Islam is the religion and law in those countries, and who are ruled by kings and other forms of oligarchs. The ones who really are authoritarian. The ones who kill you if you openly say you do not believe in Allah and the last days. Those are freaking fine. But Poland and Hungary? They gotta go.

And when you look what's happened in places like Hungary and Poland… [countries] that 10 years ago were functioning democracies, now essentially have become authoritarian,"

claims Barack Obama in an interview for CNN

We are now suffering through an epidemic of anti-racism indoctrination presented in a very racist (anti-white) way.

What a SILLY book. And very Poorly written ! No one is allowed to Edit ⁦@BarackObama⁩ !! pic.twitter.com/fS6XxV0GD8

Soros, the worst. Funds leftist orgs.@IRS_CI documents, revealed that several of America’s richest people—Jeff Bezos, @elonmusk, & @georgesoros, & others—paid no federal income tax in some years, as they claimed to have made net losses that offset gains.https://t.co/c0LXzSfQW3

Devin Nunes Calls for Name of Killer Officer Who Shot Ashli Babbit to be Revealed — And Release of 14,000 Hours of Security Video from Jan. 6 (VIDEO)