“We’re run like a dictatorship. I don’t even think Biden is the Dictator!” – President Trump

“The time has come for America and the world to demand REPARATIONS and accountability from the Communist Part of China.”

“China must pay, they must pay!”

“We can not have drop boxes paid for by Facebook and Zuckerberg.” – President Trump, just now

ALL OF IT was a political coup; a way to take down a successful president and install a China stooge. ALL OF IT.

What do you get if you cross a former Danish prime minister, someone who once edited the left-wing Guardian newspaper, a Yemini activist, a bunch of law professors and a…

Oh, how the mighty have fallen. This week, a FOIA request led to a trove of emails from Dr. Anthony Fauci being released to public view. 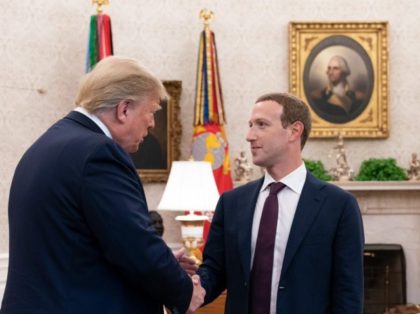 Serfdom + Netflix + Welfare might be just the thing for most people

Although she’s big into “I told you so” mode, I’m not into that at all. In life, you never know when a tile might fall off a roof and hit you on the head. Same with who might get Covid or when. But I do agree with this by Sarah Hoyt, suitably amended.

I was amazed that no one else seemed to see it. Honestly? I still don’t understand why. The numbers from the Diamond Princess were clear enough, but more than that, the fact that our institutions announced they wouldn’t audit cases of Covid-19, meaning there was no penalty for inflating the numbers, which they were being given extra money for; and the “must not question” policies of the social media and news media made it obvious what was happening: it’s a scam.

Anyway, read her take, and with this I especially agree.

At the same time somehow the media, the panic, the insanity, was all in the holy name of convincing people this was the most lethal thing ever. Oh, and crashing the economy. And being able to steal the election. (Thank you, Americans. Even with all that shit, all the crazy bullshit, you voted for Trump in such numbers these assholes needed to fraud openly, in the light of day, in the most clumsy way possible.)

ALL OF IT was a political coup; a way to take down a successful president and install a China stooge. ALL OF IT.

That always seemed to be the agenda. Meantime, tradespeople I have been dealing with for years are shutting down their businesses with nothing to show for it other than years of effort thrown away because of an uncaring and completely clueless government (specially here in Victoria) and the credulous fools who vote for them. This seems sadly all too accurate.

The side effects of this are horrific: we have unemployed people…. We have people who missed their cancer diagnosis and are now dying. We have people who died of other illnesses, because going to the hospital wasn’t a thing…. We have elderly who started developing cognitive problems after being isolated for over a year. We have teens committing suicide. We have food wasted in big honking batches because restaurants were closed.

And there is this to dwell on as well from the Front Line COVID-19 Critical Care Alliance – Prevention & Treatment Protocols for COVID-19. But I will end going back to Sarah and her post where she wrote:

I urge you very strongly to look at the members of the Junta and their helpers, and visualize the real people behind the masks. Visualize people who destroy a country and the world for the sake of more power over everyone, and to keep their misdeeds from coming out.

I URGE you to contemplate that they’d rather reign in hell than serve in heaven.

And then, if you ever again believe any of the media-ginned-up hysterias without checking facts or using your brain, be aware that next time the “I told you so” will have teeth. That knee to the groin will go all the way up. Oh, not administered by me, but by those younger and with more to lose who will be absolutely tired of this shit.

And what comes after might not be civilization as we know it.

If you could not visualise today from what you knew in 2019, you will not be able to visualise what is coming in 2023. Civilisation as we know it has certainly gone. What’s next? Who knows? But what you do know is that the serfs didn’t mind serfdom at the time, so going forward, Serfdom + Netflix + Welfare (with the footie thrown in), might be just the thing for most people.

And then, just to finish off: What Happens When Doctors Can’t Tell the Truth?. A sample from the text:

“People are afraid to speak honestly,” said a doctor who immigrated to the U.S. from the Soviet Union. “It’s like back to the USSR, where you could only speak to the ones you trust.” If the authorities found out, you could lose your job, your status, you could go to jail or worse. The fear here is not dissimilar.

Lots of things are not dissimilar.