Can’t Barrage the Farage: “You’ve Got a Massive Problem Because of the EU’s Ridiculous Migrant Policy” Nigel Farage is back: “Mr. Brexit” is back on the airways with a daily show on new conservative network “GB News”, speaking to guests from the Left and Right, and exposing scandals like the massive influx of migrant boats over the English channel this week.

Last year, Nigel was one of the first to expose the mass arrival of “refugees” from – perfectly safe – Calais, France. Last week, he visited the English coast to report on the over 7500 illegal migrants who have arrived in British waters this year so far, ofter accompanied by vessels of the French coast guard, who drop them off in British territory.

Former European Parliament member Nigel Farage also confronted French MP Pierre-Henri Dumont from Calais over the French policy toward the illegal migrants. Dumont seemed to think it was Britain’s duty to accept illegal migrants from France.”You’ve got a massive problem because of the EU’s ridiculous policy in 2015, that anyone who crossed the Mediterranean could simply stay. The way many British people feel about this is that despite all this money we’re giving you, you’re not really trying very hard.”

Watch how Nigel confronts the arrogant globalist with classic British politeness and sarcasm:

Unlike the intolerant Cancel Culture Left, Nigel Farage has vowed to make his show an open forum of debate, and invited a pro-migrant spokesman of Amnesty International, who used to defend political dissidents fighting Communism and Tyranny, but now have become part of the left-wing NGO attack on Western democracy, pushing for Open Borders and Welfare for All:

When, Prime Minister? Because no sign of it yet, while the numbers rise inexorably… 📈

This isn't education, it's the indoctrination of self-loathing. It's destructive and vile. https://t.co/ZCTEZ514NB 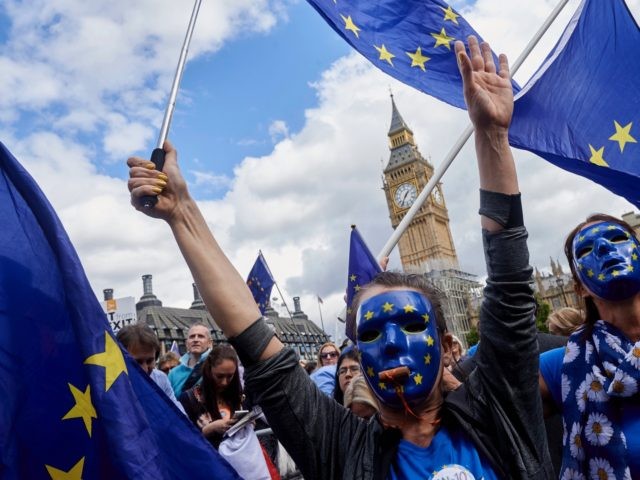