“Which is it, vaccines or masks?” — Rep. Chip Roy (R-TX) throws a tantrum on the House floor, protesting the reimposed House mask requirement.

The House is now voting on Roy’s motion to adjourn in protest. pic.twitter.com/kx6cTrNm4U

TRUMP: “We won’t go back. We won’t mask our children…” 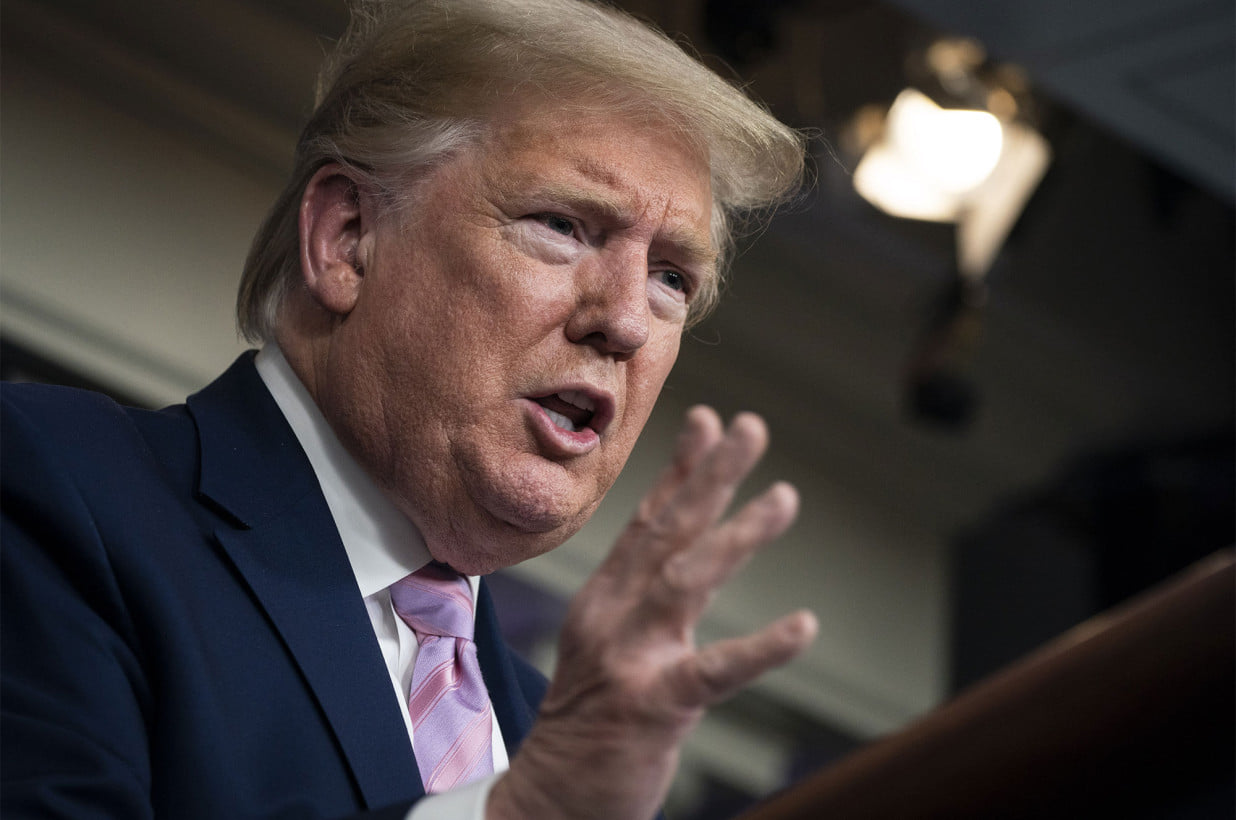 “We won’t go back,” the 45th president said. “We won’t mask our children. Joe Biden and his Administration learned nothing from the last year. Brave Americans learned how to safely and responsibly live and fight back.

The path out of the pandemic is under our noses

Rebecca Weisser The Spectator Australia 24 July 2021
As more than five million Sydneysiders woke up to their fourth week under house arrest, they were greeted with the news that a woman in her fifties had died of Covid, the fifth person since they were confined to their homes. NSW Chief Health Officer Kerry Chant used the woman’s tragic demise to point out how deadly Covid can be, yet no one questioned why Saeeda Akobi Jjou Stu, only 57, was allowed to die. Tested on Thursday, confirmed positive on Friday, she was not offered early treatment that would have reduced her risk of dying by up to 75 per cent despite the fact that she was at high risk of developing severe Covid because of her weight and possibly related co-morbidities. 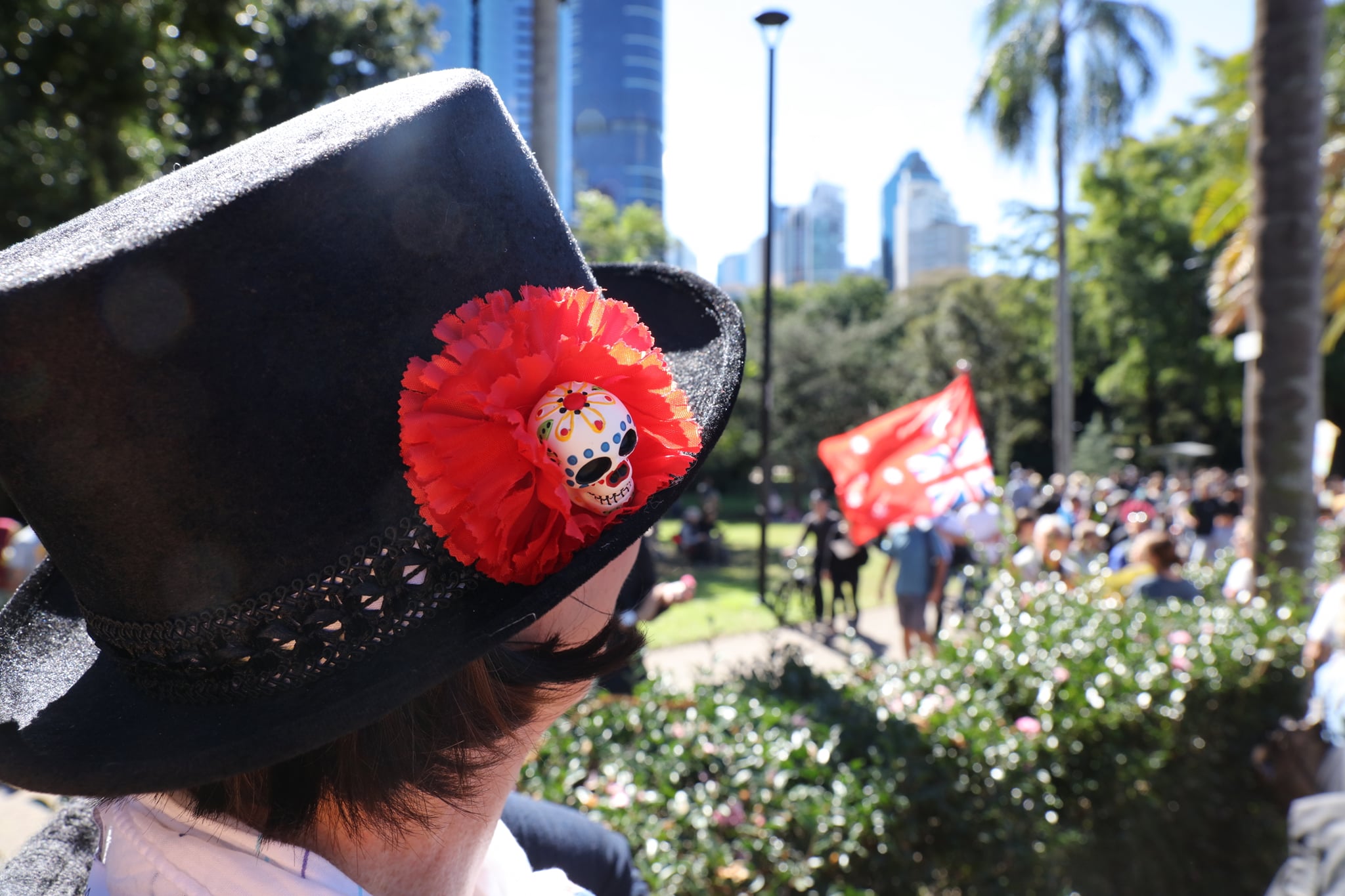 That treatment was discovered by Australian Professor Thomas Borody based on research by Australian scientists at the Doherty Institute and Monash University. Borody, who discovered the cure for peptic ulcers using a triple-therapy, has developed a triple-therapy for Covid using safe, cheap, approved medications.
Doctors are already legally prescribing his therapy in Australia and the key medication — ivermectin — is being used in various combinations around the world and has been credited not just with dramatically reducing cases and deaths in the devastating second wave in India but also in Mexico City. Indeed, it is currently being used in 17 countries in Europe, Asia, Africa and Latin America and even in the US, where it is legal but where families sometimes have to get court orders to force hospitals to use it, to save their relatives lives.
.
Sadly, Saeeda lived only a few kilometres from where Borody practises, yet she and most Australians have no idea that a cheap, safe, effective, legal prophylactic and treatment for Covid exists.
.
Why ivermectin hasn’t at least been given emergency use authorisation like other Covid treatments and vaccines is a question Professor John Skerritt, head of the Therapeutic Goods Administration (TGA) has to answer before another Australian dies of Covid.
.
The TGA is responsible for the guidelines on Covid treatments and claims to be closely monitoring research worldwide, yet it hasn’t updated its recommendation since 1 June, despite the publication of more than a dozen trials, meta-analyses and other reports on ivermectin including a pre-print by Borody.
.
The TGA says more robust clinical trials are needed yet officials in Mexico showed a quicker way to test ivermectin’s efficacy and save lives in a pandemic. They organised a trial last year and distributed an ivermectin therapy to anyone who tested positive and wanted to take the drug between November and January. Of 200,000 people who tested positive, there was a 76 per cent reduction in hospitalisation in the 80,000 that used ivermectin.
.
As for safety, 3.7 billion doses of ivermectin have been used since 1987 and in 30 years, only 20 deaths following its use have been reported to the UN’s Vigi-Access database. Compare that to remdesivir, which has been given emergency use authorisation to treat Covid in Australian hospitals. In 12 months, there have been 551 deaths reported. Indeed, a study published in the prestigious Journal of the American Medical Association this week found remdesivir did not increase survival, just time spent in hospital.
.
As for the Covid vaccines, in six months 8,589 deaths have been reported to the UN database and 1,490,915 adverse reactions. In Australia, the TGA has confirmed 83 cases of thrombosis with thrombocytopenia, 24 treated in ICU, 3 fatal, 31 reports of suspected immune thrombocytopenia, one fatal, 52 reports of Guillain-Barre syndrome, one death of a patient who died from multi-organ failure and had signs of capillary leak syndrome, 50 cases of suspected myocarditis/pericarditis, all linked to Covid vaccinations. In addition, there are another 373 deaths and almost 40,000 adverse reports that may later be linked to vaccination.
.
On efficacy, Israeli data released last week shows that the majority of those now vaccinated with the Pfizer vaccine face as much risk of testing positive as unvaccinated individuals. Worse, hospitalisations appeared to be slightly higher in vaccinated individuals. Indeed, a study by researchers at Hebrew University Medical Centre, Jerusalem and Ashdod University found that a growing number of bad Covid outcomes, including death, were occurring in a minority of fully vaccinated individuals.
.
A poll this week found that 57 per cent of respondents either did not want the AstraZeneca vaccine or did not want any vaccine at all. NSW Health Minister Brad Hazzard says this is because of the ‘misinformation’ of anti-vaxxers but young people are looking at the evidence and calling the vaccines ‘clot shots’. A commentator in Australia’s national broadsheet suggested that vaccine hesitancy was driven by greedy ‘wellness gurus’ who were portraying the pharmaceutical industry as corrupt to sell natural products. Actually, Big Pharma doesn’t need any help from gurus in shaping its image.
.
In the last twenty years, according to the ‘violation tracker’ section on goodjobsfirst.org, Pfizer has paid over $US 4.6 billion in fines for false claims, safety violations and many other offences as well as having sold defective heart valves, misled regulators, settled a bribery scandal and tested a dangerous drug on Nigerian children without consent from their parents in which eleven died and dozens were disabled.
.
AstraZeneca pleaded guilty to the illegal marketing of multiple drugs including for uses not approved as safe and effective, paying millions in fines.
.
Australian leaders are locked in a time warp. Oblivious to its fading efficacy, they have pinned all their hopes on the Pfizer vaccines and having let the Delta genie out of the bottle, they are desperately bludgeoning the populace to try to return to net-zero Covid. Three quarters of the country is under house arrest. It’s fine for some. ABC employee and former Greens candidate Osman Faruqi is calling for the military to patrol parks — to send a message — yet for those not sheltered from the economic devastation of lockdown, anger is rising. A man was arrested this week for posting on Facebook that it was only a matter of time before some broken tradie, pushed over the edge by economic ruin, commits a political assassination.
.
It’s all so cruel and unnecessary. With or without Professor Skerritt, if doctors prescribed ivermectin therapy for every person who tests positive, and wants it, and for their close contacts, the Delta wave would wash away. Offer it to the vaccine hesitant and anyone seeking protection until they were vaccinated, and we could reopen our borders. How apposite that the escape route out of our pandemic prison could be as Aussie as Vegemite.