If we don’t revolt, this will be the new normal. 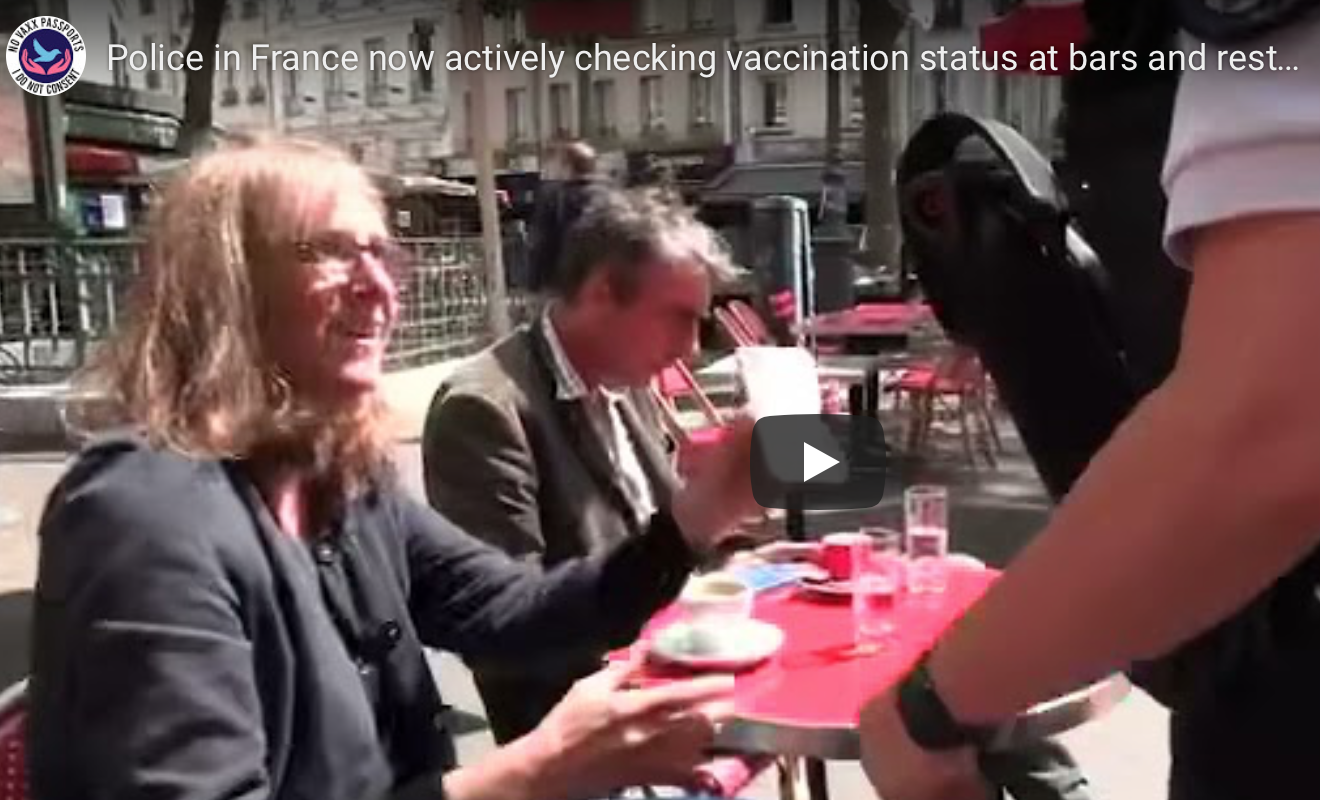 Today was the deadline for citizens of France to carry their vaccination ID if they want to participate in society.   Citizens of France are required to carry their identification if they want to eat a restaurants, go to shopping malls or attend venues where crowds would gather.  [MSM CITATION HERE] Videos of the French police conducting random checks and checkpoints are surfacing.  WATCH:

As we noted last month when this was announced, France is the beta-test.  The U.S. State Department and French government have a long history of cooperation and testing for political and social change.

This will be coming soon to New York City (previously announced), and from there to towns and local communities across the United States.