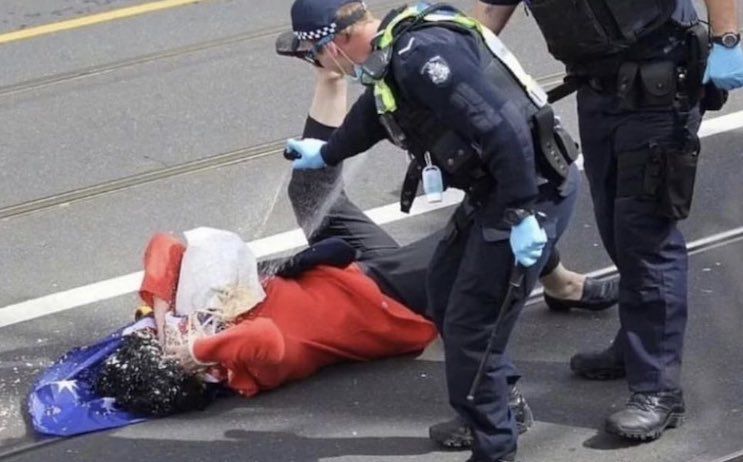 What is taking place in Australia is unprecedented. This once thriving liberal democracy now more closely resembles a tyrannical regime. Whether it be through sanctions, boycotts or mere diplomatic warnings, the world must act.

Revolt of the construction workers

A rally over mandatory vaccinations and new restrictions on sites in the construction industry has turned violent with water bottles and bread crates thrown outside the office of CFMEU. 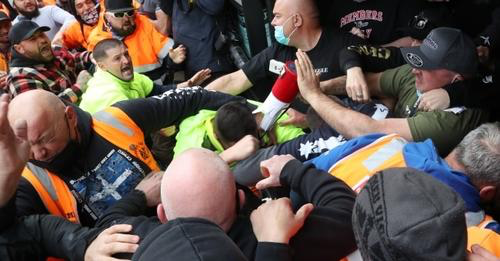 A rally over mandatory vaccinations in the construction industry has turned violent as riot police clashed with tradies. Water bottles and bread crates were allegedly thrown and flares lit late in the afternoon.

A rally over mandatory vaccinations has turned violent outside the Construction, Forestry, Maritime, Mining and Energy Union (CFMEU) offices in Melbourne.

Hundreds of construction workers and members, dressed in high-vis and maskless, gathered on Elizabeth St in the city on Monday morning calling on the union to stand up for the workforce.

CFMEU state secretary John Setka tried to calm the angry crowd who were calling him “Dan Andrews’ b****”.

“Everyone, please calm down,” he yelled. “I am willing to listen to anyone.” 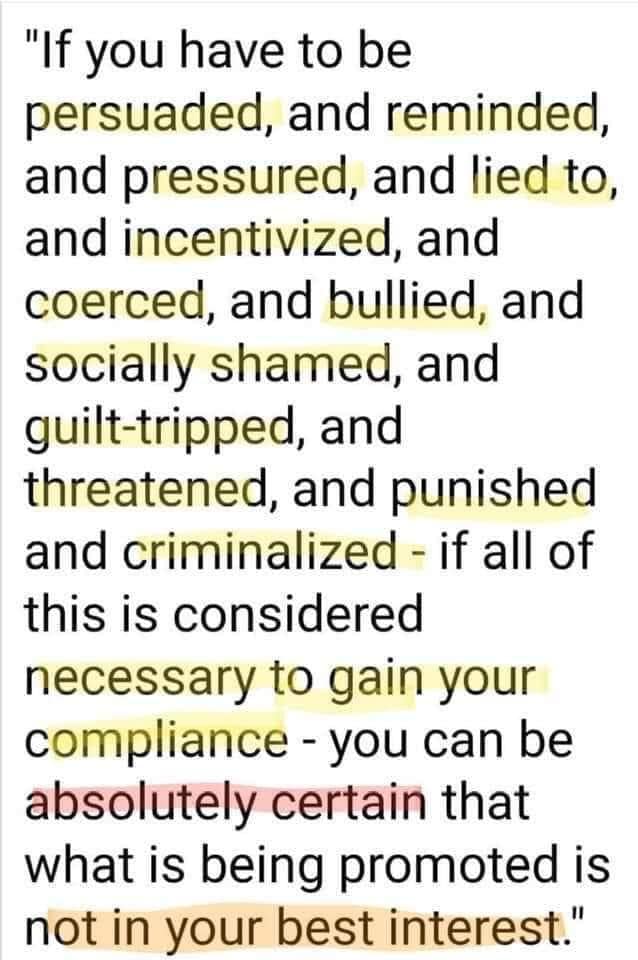