Things are getting spicy in Australia, specifically the town of Richmond in the Melbourne area.  Righteous anti-lockdown protestors took to the streets against thousands of armed police and heavily geared riot squads prepared to beat them into submission and stop their march {Direct Rumble Link}.

As the government stormtroopers corralled the peacefully marching protesters into an ever smaller dead end where there were blocked in all directions, a valiant member of the resistance opened a gateway through a housing division enabling the crowd to continue amassing, assembling more supporters and continue marching.

When Hamas, AntiFa, BLM, ExR, or CFMEU run a rally in Melbourne, they get police protection. When ordinary taxpayers rally, Dan’s Stormtroopers give them $5,000 fines, teargas and rubber bullets. 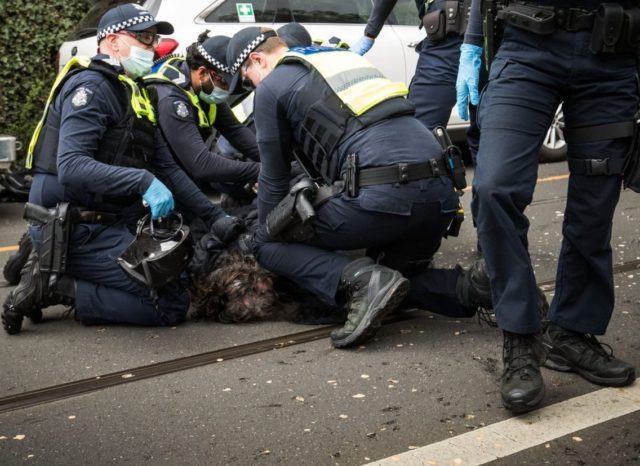 (AFP) – Officers used pepper spray and made over 200 arrests in Melbourne as several hundred protesters flouted stay-at-home orders and marched through an inner-city suburb.

Looks very much like improper use of pepper spray

Crowds of protesters now stretch from the beginning to the end of George street in #Brisbane, chanting “my body my choice” and “wake up Australia”, as the protest against Covid vaccination, masks and future lockdowns continues. Story: https://t.co/v55YZxmKnp pic.twitter.com/HsxuwBWYRC 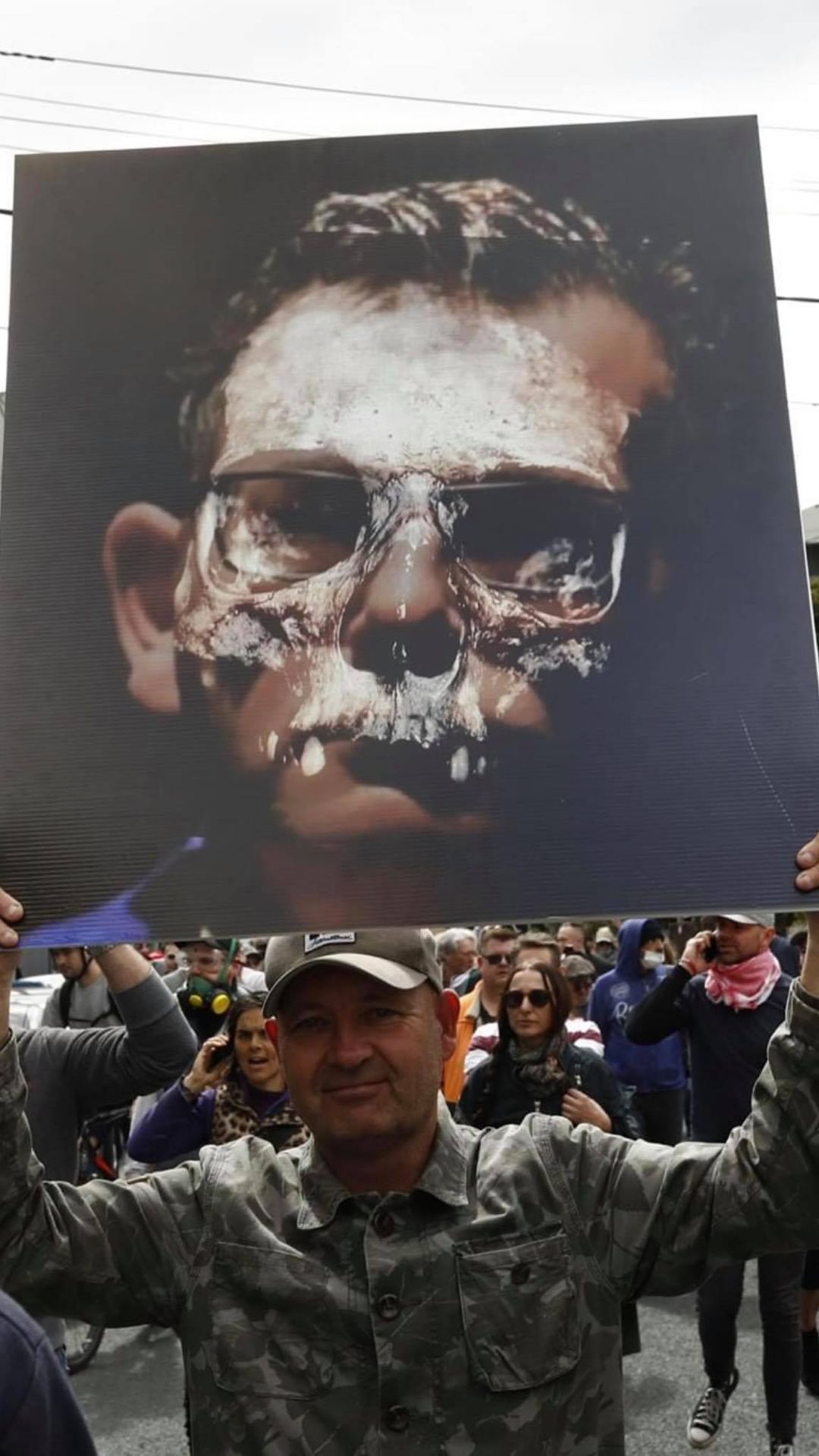 The police then formed a battle formation in the street attempting to cordon-off the remaining roadway and block the march from continuing.  However, after a few tense minutes of standoff the protesters rushed the police and fought their way through.  Google is attempting to block this video.  WATCH:

.Fearful the nation of patriots would join in further rebellion, the Australian propaganda media were quickly called into action to defend the state regime.  The controlled media immediately began broadcasting sympathetic stories of how the police suffered injuries at the hands of the rowdy protestors who “were looking for a fight,” or so the officially recognized narrative is told.

“The police suffered broken bones and had to be transported to the hospital after they were assaulted by the angry mob,” that’s the official media statement you can see below.  However, the reality of what took place is 180° divergent from the state-run media story.  In fact, the peaceful marchers were being assaulted by the police all along their route.

A video without commentary from AFP can be watched here.

Here’s a video of the police corralling the group, just prior to a gate being opened allowing them to continue marching:

.The rebellious members of the Australian resistance movement are fighting for freedom….

….May their tribe increase !! 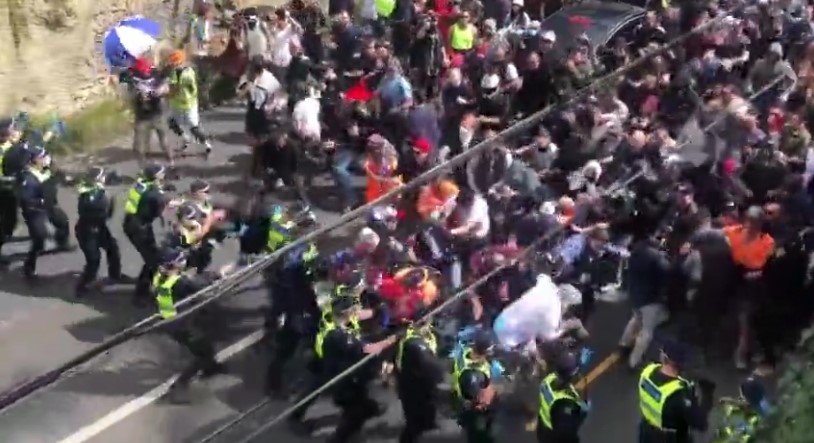