Covid Tyranny Quote of the Day

If the people of Victoria ever acquire the sense to throw Premier Daniel Andrews of the Labor Party out of office, Biden’s handlers ought to hire him to write the script for Creepy Joe’s teleprompter. This line sums up Democrats’ arrogant and tyrannical oligarchical collectivist attitude perfectly:

“I’m not taking lectures on freedom from people who will hold all of us back.”

This begs the question, hold all of us back from what? It isn’t zero Covid, because they know that isn’t going to happen. What progressives are after is zero liberty.

Melbourne has been locked down for 245 days, the longest stretch in the world

Footage out of Melbourne Australia this past weekend shows a squad of riot police harassing and beating grocery shoppers attempting to buy food and coffee before returning home, while a second video captured angry protesters fighting back, chasing the police away and loudly chanting “FREEDOM”.

The insane video resembles something out of a dystopian nightmare movie.

Workers in the state of Victoria, including retail workers, personal trainers, MPs, journalists, faith leaders, judges, police, lawyers, cleaners, farmers, spa workers, actors and professional sports people have been ordered to get vaccinated within the next fortnight or risk losing their jobs. Hundreds of protesters were arrested by police who stormed Melbourne’s Royal Botanical Gardens. 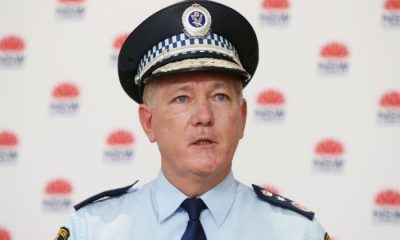