They are not holding back anymore. They used to call it a ‘conspiracy theory’, but now they’re coming out with it without shame or reservations. 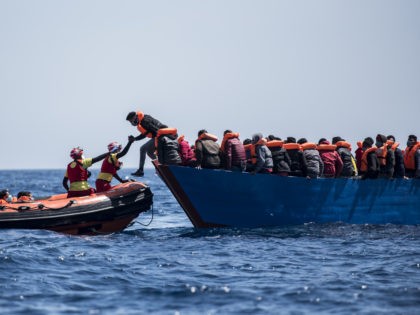 Britain and other Western nations should welcome declining populations and ageing demographics as it will help them meet climate change goals, the former chairman of the Financial Services Authority (FSA) has argued.

In a report from Population Matters entitled Smaller Families and Ageing Populations, Lord Adair Turner, the chairman of the UK Energy Transitions Commission and former head of the FSA, argued that declining native populations will enhance prosperity.

Not when you import unassimilable third world savages:

As noted earlier of a hotel in Scotland overrun by unruly Afghan refugees,

Grand Hotel Scarborough makes a perfect metaphor for the West under foreign occupation as leftists allow The Camp of the Saints to come true.

In this update from Paul Joseph Watson, we learn that Tripadvisor has resolved the crisis by the tried and true progressive method — namely, censorship:

When civilization collapses entirely and we find ourselves living in the Third World, many liberals will be taken by surprise. Ignorance is easy when the establishment censors information that does not support the bogus woke narrative.

Globalists in favor of population reduction should preach their policy to Muslim nations first, since one of their religious duties as devout Muslims is spreading Islam by migration to non-believer nations and by having numerous children to achieve their goals.