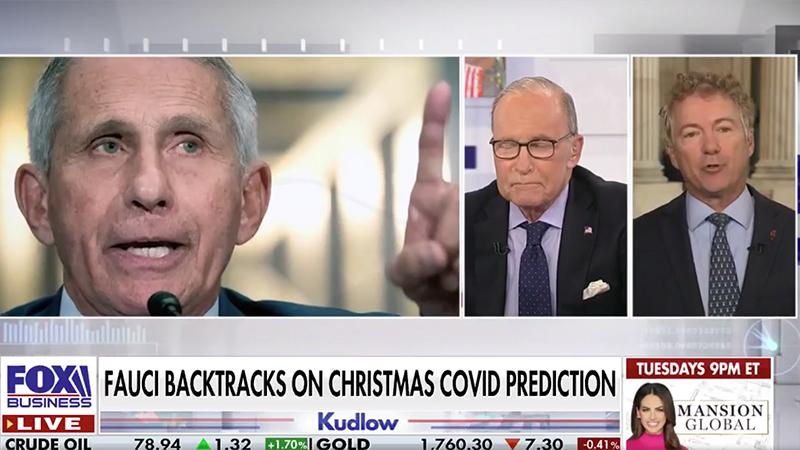 Senator Rand Paul charged that NIAID director Anthony Fauci is purposefully acting ignorant on the benefits of natural immunity to COVID because it would ‘foil his mass vaccination plan,’ further describing the notion that everyone needs to be vaccinated as “nonsense.”

“Hey, this guy has an opinion on baseball, hockey, Tinder, and Christmas, but he was asked the other day about natural immunity that you acquire after the disease, he is like, ‘Oh, that is really interesting thought, I never thought about that. I don’t have an opinion because I haven’t thought about naturally acquired immunity,’” Paul said during a Fox Business News interview, adding, “He has and he is lying to you.”

Paul continued, “The reason he won’t bring up natural immunity is because it foils his plans to get everybody possible vaccinated.”

Click on the link to read the whole thing. 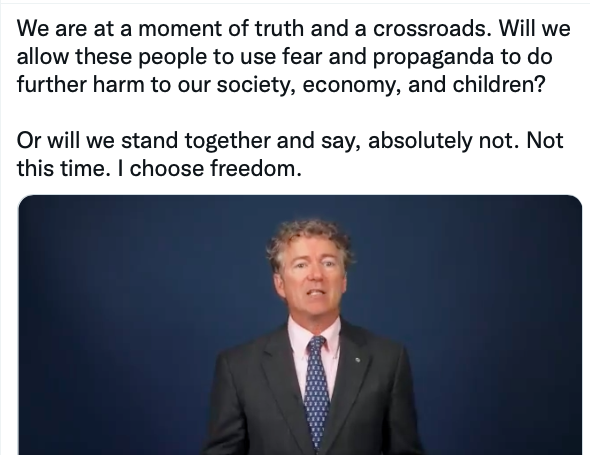 An important message from Rand Paul.

What I keep saying: if you have the same risk from the vaccine as the disease, the vaccine is that much more dangerous because it’s affecting that many more people. https://t.co/cR9osGfH7u

We are not the same! Serious truth! https://t.co/GkwMxCtzbO