No more Lib/Lab. And no more Green crapola either.

Alan Jones gets it.

Buy buy to both major parties. See ya! pic.twitter.com/dDi8iPdC80

Who Will Be Held Responsible for this Devastation? 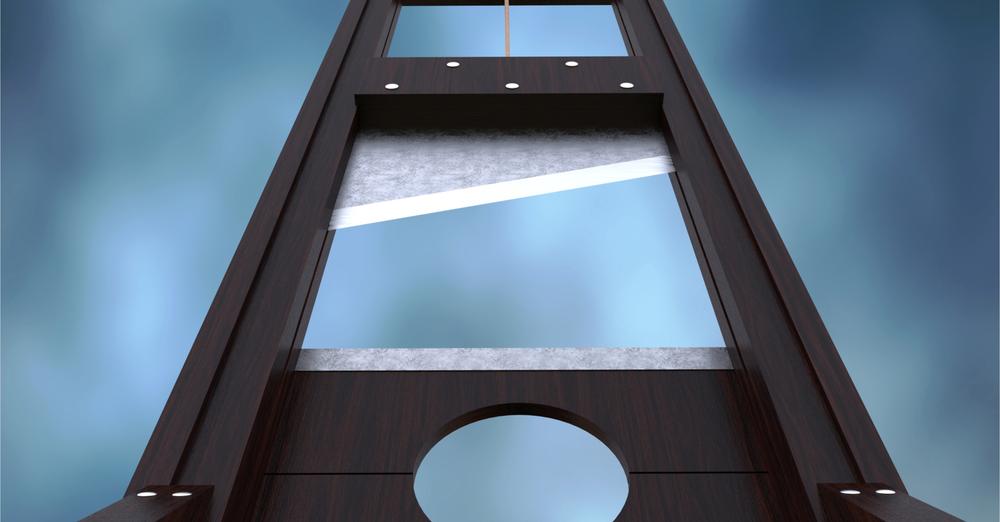 If the pandemic policy response had taken the form of mere advice, we would not be in the midst of this social, economic, cultural, political disaster. What caused the wreckage was the application of political force that was baked into the pandemic response this time in a way that has no precedent in human history.

The response relied on compulsion imposed by all levels of government. The policies in turn energized a populist movement, Covid Red Guard that became a civilian enforcement arm. They policed the grocery aisles to upbraid the maskless. Drones swarmed the skies looking for parties to rat out and shut down. A blood lust against non compliers came to be unleashed at all levels of society.

Lockdowns granted some people meaning and purpose, the way war does for some people. The compulsion to bludgeon others trickled down from government to the people. Madness overtook rationality. Once this took place, there was no longer a question of “Two weeks to flatten the curve.” The mania to suppress the virus by ending person-to-person contact extended to two years.

Continued below the fold 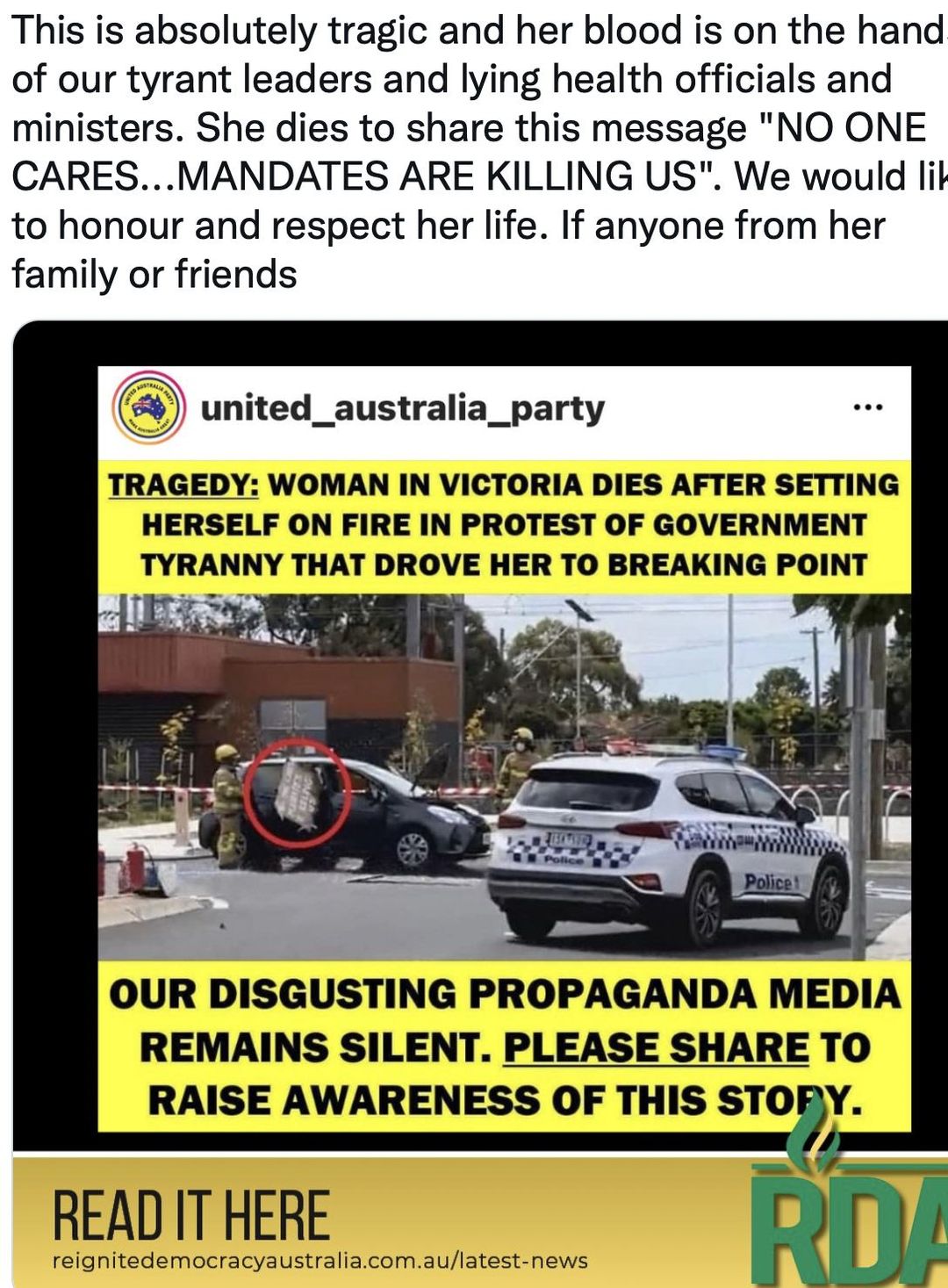 Here’s a message for the millions of good Australians who have always voted for the Liberal Party … and why they should now consider the Liberal Democrats.@LibDemAus #Auspol pic.twitter.com/9YmT7AyB0y

This happened in the US and all over the world. The madness achieved nothing positive because the virus paid no attention to the edicts and enforcers. Ending social and economic functioning, however, shattered lives in countless ways, and continues to do so.

It is precisely because so much about life (and science) is uncertain that civilized societies operate on the presumption of the freedom to choose. That’s a policy of humility: no one possesses enough expertise to presume the right to restrict other people’s peaceful actions.

But with lockdowns and the successor policy of vaccine mandates, we’ve seen not humility but astounding arrogance. The people who did this to us and to billions of people around the world were so darn sure of themselves that they would take recourse to police-state tactics to realize their goals, none of which came to be realized at all, despite every promise that this would be good for us.

It’s the compulsion that’s the source of all the issues. Someone wrote the edicts at someone’s behest. Someone imposed the orders. Those somebodies should be the people who should own the results, compensate the victims, and otherwise accept the consequences for what they have done.

If you are going to force people to behave a certain way – to close their businesses, kick people out of their homes, stay away from meetings, cancel vacations, physically separate everywhere – you have to be damn certain that it is the right thing to do. If the people who did this were so sure of themselves, why are they so shy to take responsibility?

So far as I know, no one has said anything like this.

Instead, what we have is a big jumble of messy bureaucracies, committees, reports, and unsigned orders. There are certain systems in place that seem structured in a way that makes it impossible to find out who precisely is responsible for their design and implementation.

For example, a friend of mine was being harassed by his school for not being vaccinated. He wanted to speak to the person who imposed the rule. In his investigation, everyone passed the buck. This person put together a committee which then agreed on best practices left over from some other printed guidance approved by another committee, which had been implemented by a similar institution on another matter. This was then adopted by a different division and passed on to another committee for implementation as a recommendation and then it was issued by another division entirely.

Incredibly, throughout the whole investigation, he failed to find a single person who was willing to step up and say: I did this and it was my decision. Everyone had an alibi. It became one big mush of bureaucracy with no accountability. It’s a tub of dough in which every bad actor pre-built a hiding place.

It’s the same with many people who have been disemployed for refusing to divulge their vaccine status. Their bosses typically say that they are very sorry for what happened; if it had been up to them, the person would continue to work. Their bosses in turn demur and blame some other policy or committee. No one is willing to speak to victims and say: “I did this and stand by it.”

Like millions of others, I’ve been harmed materially by pandemic response. My story lacks drama and is nothing remotely close to what others have experienced but it is salient because it is personal. I was invited to join in a live studio appearance on TV but then was refused because I refused to divulge my vaccine status. I was sent to a separate studio reserved for the unclean where I sat by myself.

The person who informed me said the policy was stupid and he objected. But it is the company policy. Maybe I can speak to his boss? Oh, he is against this stuff too. Everyone thinks it is dumb. Who then is responsible? The buck is always passed on and up in the chain of command but no one will accept the blame and bear the consequences.

Even though the courts have repeatedly shot down the vaccine mandates, there is universal consensus that the vaccines, while perhaps offering some private benefits, are not contributing to stopping infections or spread. Which is to say: the only person who might suffer from being unvaccinated is the unvaccinated himself. And yet still, people are losing their jobs, missing out on public life, being segregated and blocked, and otherwise paying a heavy price for not complying.

And yet there are still people who are intensifying the blame game that blames not government nor public health authorities nor anyone in particular but rather a whole class of people: the evil unvaccinated.

“I am furious at the unvaccinated,” writes Charles Blow of the New York Times, a paper that kicked off the pro-lockdown propaganda as early as February 27, 2020. “I am not ashamed of disclosing that. I am no longer trying to understand them or educate them. The unvaccinated are choosing to be part of the problem.”

How precisely are the unvaccinated the problem? Because, he writes,“it is possible to control the virus and mitigate its spread, if more people are vaccinated.”

This is plainly untrue, as we’ve seen from many countries’ experiences around the world. Look up Singapore or Gibraltar or Israel or any high vaxx country and see their case trends. They look the same or worse than low vaxx countries. We know from at least 33 studies that the vaccines cannot and do not stop infection or transmission, which is precisely why Pfizer and people like Anthony Fauci are demanding 3rd and now 4th shots. Shots without end, always with the promise that the next one will achieve the goal.

Mr. Blow is propagating falsehoods. Why? Because there is an appetite out there to tag someone or something with the fault for the wreckage. The unvaccinated are the scapegoats to distract from the real problem of discovering and holding to account those people who undertook this experiment without precedent.

The trouble now is finding out who they are. The governor of New York did terrible things but now he has resigned. His brother at CNN propagated lockdown ideology but he was fired. The mayor of New York has perpetrated evil but he is sneaking out of office in a few weeks. Some governors who locked down their populations have declined to run again and will try their best to disappear.

Dr. Deborah Birx, whom we know for certain was the person who talked Trump into approving lockdowns, quietly resigned and has done her best to avoid the spotlight. The journalist at the New York Times who whipped up total hysteria while calling for brutal lockdown has since been fired from his job. So too for hundreds of public health officials who have resigned or been fired.

Who is left to blame? The most likely candidate here is Fauci himself. But I can already tell you his excuse. He never signed a single order. His fingerprints are on no legislation.

He never issued any edicts. He never had anyone arrested. He never blocked the entrance to any church nor personally padlocked any school or business. He is merely a scientist making recommendations supposedly for people’s health.

He has an alibi too.

Much of this reminds me of World War I, the “Great War.” Look up the causes. They are all amorphous. Nationalism. An assassination. Treaties. Diplomatic confusions. The Serbs. Meanwhile none of these reasons can actually account for 20 million dead, 21 million wounded, and wrecked economies and lives all over the world, to say nothing of the Great Depression and rise of Hitler that came as a result of this appalling disaster.

Despite investigations, countless books, public hearings, and public fury that lasted a decade or more after the Great War, there never was anyone who accepted responsibility. We saw a repeat of the same following the Iraq War. Is there any record of anyone who said “I made the decision and I was wrong”?

So it might be for the lockdowns and mandates of 2020 and 2021. The carnage is unspeakable and will last a generation or two or more. Meanwhile, the people responsible are slowly slipping out of public life, finding new jobs and sanitizing their hands of any responsibility. They are scrubbing resumes and, when asked, blaming anyone and everyone else but themselves.

This is the moment in which we find ourselves: a ruling class terrified of being found out, called out, and held accountable, and therefore incentivized to generate an endless series of excuses, scapegoats, and distractions (“You need another shot!”).

This is the least satisfying conclusion to this awful story. But there it is: it is very likely that the people who did this to us will never be held accountable, not in any court and not in any legislative hearing. They will never be forced to compensate their victims. They will never even admit they were wrong. And herein lies what might be the most egregious feature of evil public policy: this is not and will not be justice or anything that even vaguely resembles justice.

That is what history would suggest, in any case. If it is different this time and the perpetrators actually do face some consequences, it would still not make things right, but at least it would set a fabulous precedent for the future.