This is in line with the concept of “Islamophobia” as an irrational “fear” of Islam. This “Islamophobia,” you see, leads the poor jihadis to lash out violently. Poor lambs! If only we had been more understanding! 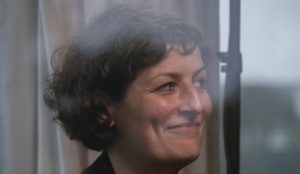 Are the judiciary and the state creating Islamist terrorists? A polemic flared up in Strasbourg after the municipal opposition denounced the organization of a conference for city employees, as reported by L’Opinion. The reason was a webinar entitled “The victories of Daesh: when our fears produce terrorism.” The fact that this training was led by Parisian lawyer Marie Dosé raises questions. In her latest book, Les Victoires de Daech (Plon), the lawyer denounces “the counter-productive nature of legal and political responses which, far from weakening terrorism, could rather help to revive it”, the presentation email for the conference details.

“The victories of Daesh are first and foremost the failures of our republic,” the document said. The opposition condemned a “shocking victimization of terrorists” and a “political and ideological postulate” that has no place in the training of municipal officials. It “makes the terrorists victims of the state. It gives the impression that you have to distrust state politics and the judiciary more than the radicals,” Pierre Jakubowicz (Agir) said to the newspaper “L’Opinion”. “This is the opposite of what the republican spirit of public policy should be,” agreed Rebecca Breitman (Modem).

Green mayor Jeanne Barseghian did not respond to the public debate until Tuesday November 30. It is not the first controversy the mayor has faced, as reported by L’Opinion. She had already been denounced once for granting a subsidy to a mosque close to a Turkish cultural association, which the government considered “against the values of the Republic”.