“It’s strange to believe that society’s problems can only be solved through direct government control of citizens; to downgrade the potential of personal responsibility, free choice and the sensible management of one’s own life…” writes Mark Latham’s Outsiders 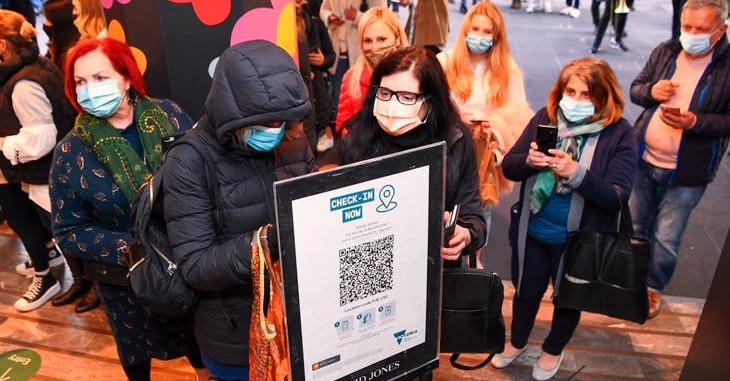 Covid bedwetters have run out of beds to wet

In Australia we haven’t got a Punxsutawney Phil but nevertheless, our long tortuous experience with Covid has hit Groundhog Day. We are back to April 2020 when, in the early days of Covid, it was clear that the strongest predictor of death from the virus was old age and pre-existing health conditions. Squillions of statements from politicians and epidemiologists have done nothing to change this.

Lockdowns were counter-productive. They failed to kill off the virus, while closing down businesses and schools, causing distress and other medical issues for young people in particular. Melbourne became the most locked-down city in the world while Sydney’s three-week lockdown lasted 107 days. Our governments promised freedom for all through mass vaccination, saying this was the pathway to ‘living with Covid’. But now, at 95 per cent vaccination rates, there are tens of thousands of daily cases. Last year Gladys Berejiklian declared a ‘national emergency’ at just 150 cases – part of the panic of the political class. Between 10 and 30 January this year, of the 625 people who died with Covid in NSW, 71.2 per cent were fully vaccinated. This is well below public expectations about the life-saving potential of vaccines. By contrast, among the 625 deaths, 85 per cent were aged 70 and over. Only 14 (or 2.2 percent) were younger than 50. Mass vaccination hasn’t stopped the spread of Covid, nor prevented a higher death rate in 2022 than 2020 or 2021. Its positive role has been in holding down hospital and ICU numbers. But it hasn’t been the miracle weapon for ‘returning to normal’, as state and federal leaders promised. Vaccine mandates have backfired badly, causing staff shortages in hospitals, schools and the private sector. Supply chain problems have inevitably followed. So here we are, waking up each morning in the same hotel room to Sonny and Cher’s I Got You, Babe. Nothing has changed in 22 months. From the beginning, our Covid response should have been to isolate the old and sick until they were vaccinated, while the rest of society got on with life, work and education.

Where does this leave the Covid bedwetters, the Media Scare Machine (MSM) that has worked overtime in hyping up fear and exaggeration? In short, they have run out of beds to wet.The failure of lockdowns and mandates and the under-performance of mass vaccination have left them with nowhere to turn. This is true of the authoritarian Left and Right, both of whom have argued for elimination strategies and cheered on government coercion. There was a time in the Sixties and Seventies when left-wing politics was associated with the struggle for individual freedom, seeking to liberate the disadvantaged from the anvil of state oppression. But this tradition has long passed. Today we associate the Left with the ethos they formerly opposed: government power to control people’s lives.

A revealing aspect of the Covid period has been flushing out those on the Right who also favour state control over civil society. Here I’m thinking of public intellectuals like Claire Lehmann and Gray Connolly, radio broadcasters Ray Hadley and Mark Levy and the Australian columnist Katrina Grace Kelly (aka Grace Collier). They have supported lockdowns and vaccine mandates as much as anyone from the ABC, The Project or Dan Andrews’ politburo. In October, Kelly-Collier declared ‘the future belongs to the vaccinated and also to the most highly vaccinated places’. Her nirvana is yet to arrive, as she is now complaining about ‘Covid chaos’ and the way in which ‘governments have let the virus wash over us’. Poor Grace can’t win. The states and territories implemented her preferred policies and yet she’s still whinging. In effect, about herself.

It’s strange to believe that society’s problems can only be solved through direct government control of citizens; to downgrade the potential of personal responsibility, free choice and the sensible management of one’s own life. In our highly educated and affluent society I had assumed that nanny-statism ran against the grain of growing personal self-reliance, that the current period of Left ascendancy was an aberration. But the pandemic has shown otherwise. If voices from the Right have drunk the Kool-Aid of authoritarianism, what hope is there for winning other political and cultural struggles against the Left? It’s a depressing prospect, a distinctly Australian challenge, given our unique history of state intervention going back to convict and colonial times. Ultimately, fear is the natural ally of coercive government: convincing people their concerns can only be overcome by cradling in the arms of the nanny state and that government can protect them better than they can protect themselves.

Fear has been a staple of post-war Australian politics, going back to the red/yellow communist peril of the Fifties and Sixties. More recently, scare campaigns (from both sides of politics) have been decisive vote shifters in the 1993, 1998, 2001, 2004, 2007, 2013, 2016 and 2019 federal election campaigns. Covid has been no different. Look at the ongoing popularity of Mark McGowan and Dan Andrews. Voters shaking in their boots have latched onto the security blanket of mask mandates, forced vaccination and being locked in their homes – even though there’s little evidence of these policies succeeding. When people are fearful, support for the irrationality of state border closures and sacking of essential workers becomes possible. With large slabs of society still petrified, Australia’s recovery from Covid will be slow and uneven. Too many people have swallowed the propaganda and are afraid to leave their homes, to work, spend and travel. The fear-mongering Left and Right have much to answer for what they have done to our country.