The WHO is a bunch of corrupt third-world despots who would amass undue powers and financial rewards at our expense if we don’t stop them in their tracks. Here is Tedros beating the drums for the climate racket when he doesn’t champion the  ChiComs and their nefarious agenda. 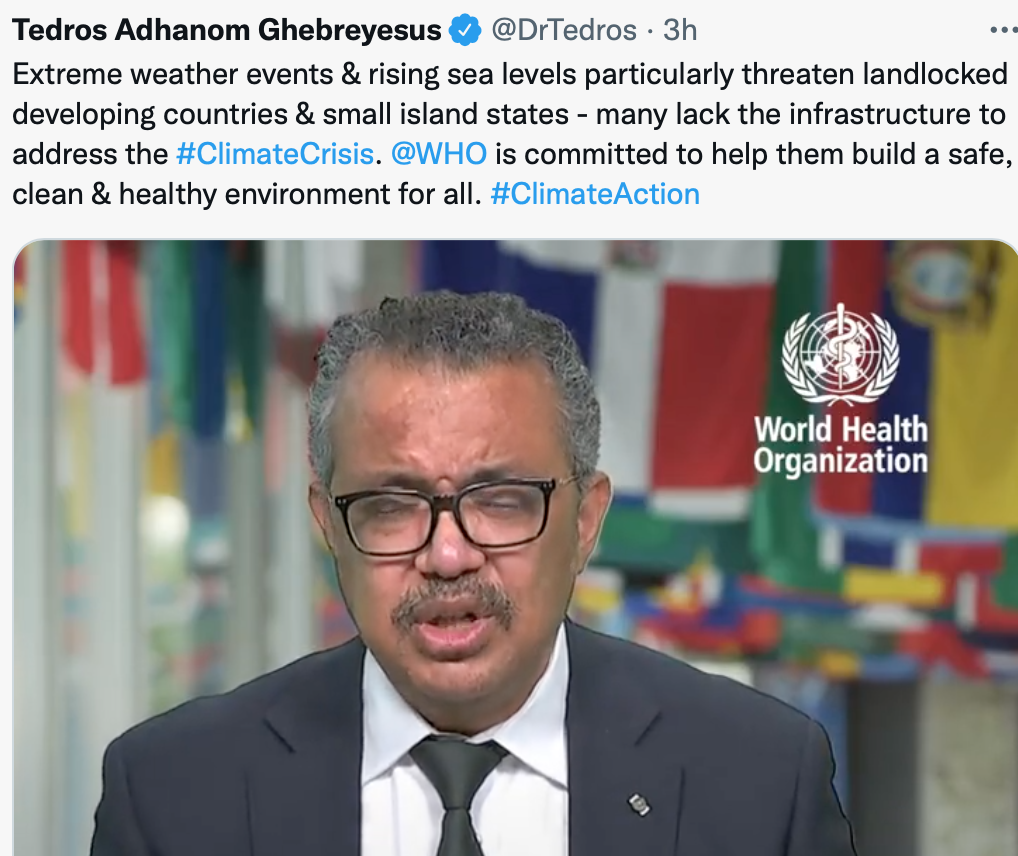 WHO planning new “pandemic treaty” for 2024 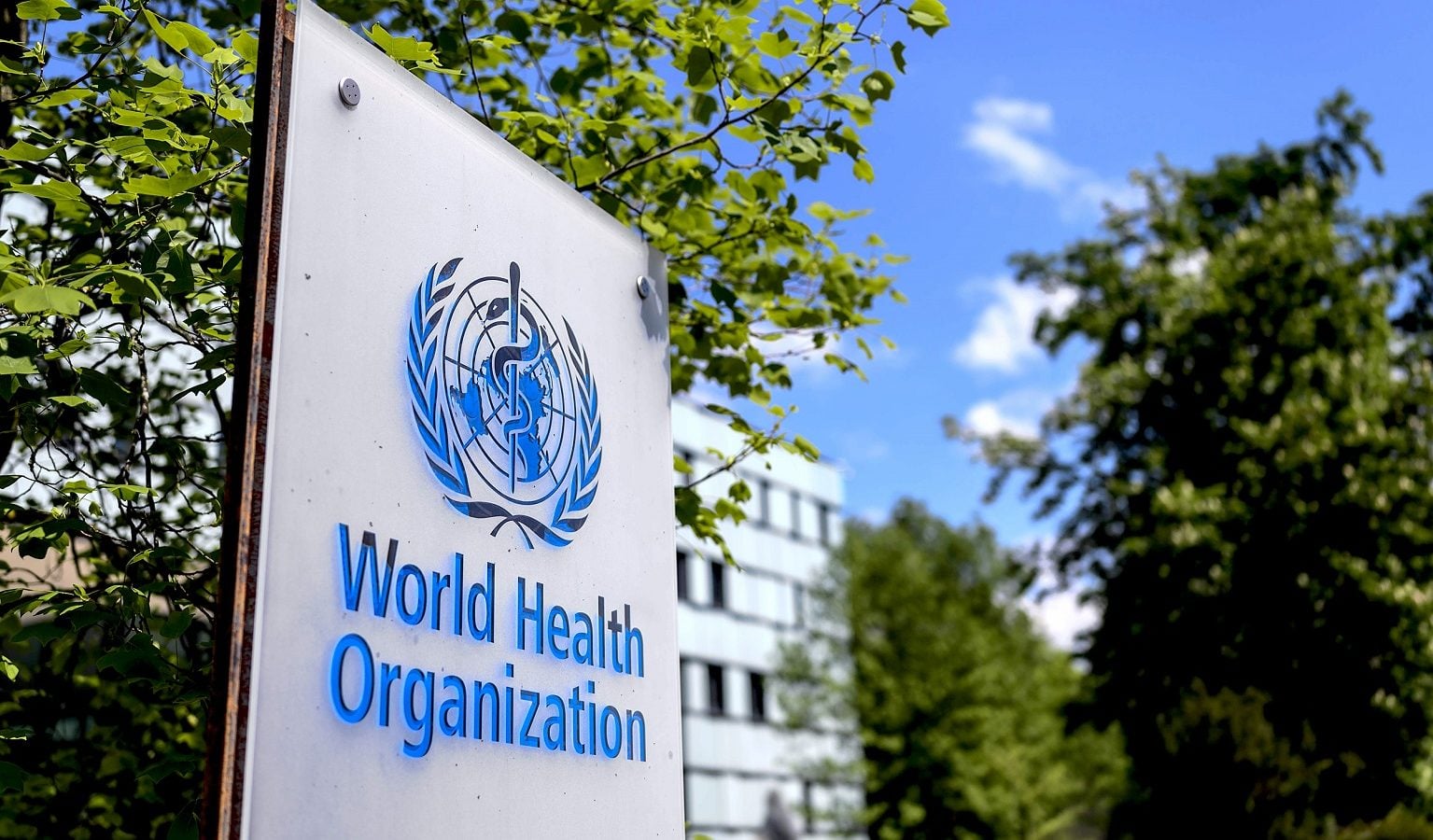 In December of last year, the World Health Organization (WHO) announced plans for an “international treaty on pandemic prevention and preparedness”. According to the Council of Europe’s website, an “intergovernmental negotiating body” has been formed, and will be holding its first meeting next week, on March 1st.
.
The aim is to “deliver a progress report to the 76th World Health Assembly in 2023” and then have the proposed instrument ready for legal implementation by 2024.
.
None of this should come as much of a surprise, the signs have all been there. If you’ve been paying attention you could probably predict almost everything that will be in this new legislation.
.
A paper titled “Multilateralism in times of global pandemic: Lessons learned and the way forward” was published by the G20 in December 2020.
.
It details all the problems faced by international multilateral organizations during the “pandemic” [emphasis added]:
.
Individual states cannot effectively manage global public threats such as the COVID-19 pandemic on their own […] overcoming the current health crisis and rebuilding livelihoods can only be achieved through multilateral action on both the economic and social fronts […] The COVID-19 pandemic and its economic consequences have revealed the weakness of the current arrangements for multilateral cooperation. International organizations with the mandate to play leading roles in dealing with international crises have not functioned effectively.
And goes on to propose several solutions, including…
.
The G20 should reinforce the capacity of the World Health Organization. A stronger and more responsive WHO can help the international community manage pandemics and other health challenges more effectively. It can provide early warning systems and coordinate rapid global responses to health emergencies. 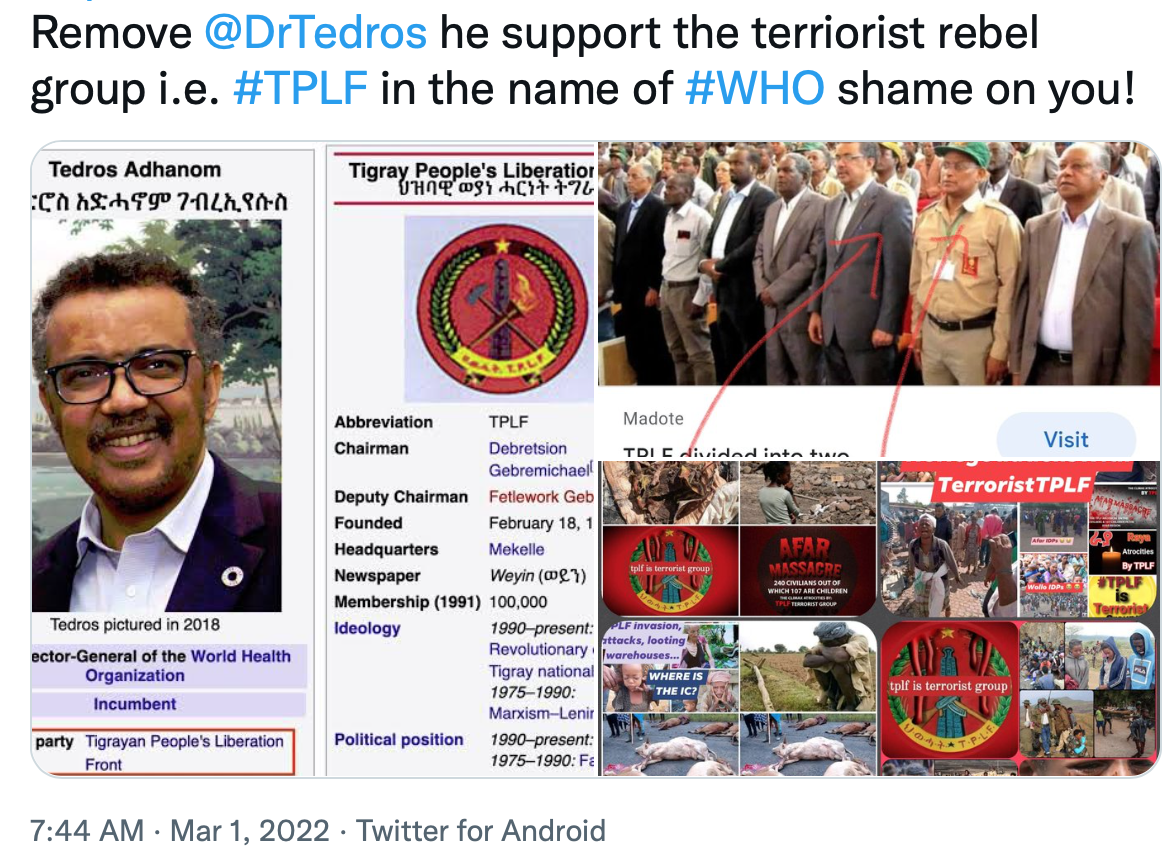 In January of 2021 the EU thinktank Foundation for European Progressive Studies published a 268-page document titled “Reforming Multilateralism in Post Covid Times”, which called for a “more legitimate and binding United Nations”, suggested the EU join the UN Security Council, and asked:
.
Is national sovereignty compatible with multilateralism?”
.
A few months later the United Nations Foundation published its own variation on this theme: “Reimagining multilateralism for a post-Covid future”
Then, in May 2021, the International Panel on Pandemic Preparedness released its report on how the world handled Covid, which echoes the G20 paper almost word-for-word in places. We did a detailed breakdown of it here.
Former New Zealand Prime Minister Helen Clark, chair of the panel, told the Guardian…
.
[The pandemic was] compounded by a lack of global leadership and coordination of geopolitical tensions and nationalism weakening the multilateral system, which should act to keep the world safe.”
.
Earlier this month, the UN Commission for Social Development met for the first time in 2022, with an emphasis on “Strengthening multilateralism”.
.
Then, on February 17th, the European Council on Foreign Relation’s Robert Dworkin published this article, Health of nations: How Europe can fight future pandemics, which also expresses concern over “the failures of international cooperation during the pandemic” and proposes :
.
The EU should combine a push for reform of and increased funding for the WHO with support for a new fund for health emergencies, overseen by a representative group of countries.
.
It goes on and on and on…the messaging is more than clear.
.
Even just last week, speaking on a panel at the Munich Security Conference, Sweden’s Foreign Minister Anne Linde warned that Covid has “exposed holes” in the international order, and that the UN, WHO and EU were not empowered enough to take appropriate action.
.
The signs are all there, and they’ve been flashing like neon lights for months: New international legislation to “deal with future pandemics”.
.
We all knew it was coming eventually. Now we have a timeline, and it starts on March 1st.
.
Isn’t it amazing what you can almost miss when you’re distracted by a war?
Speaking of the war, the attitude the WHO takes to Russia during this process will be a very interesting barometer. Whether Russia denounces the proposed treaty or is excluded from negotiations, will tell us a lot about how real the conflict in Ukraine truly is, and what direction the Great Reset will take next.
.
Indeed, if the war itself is used to further argue we need “stronger multilateral institutions” or “important reforms in the security council”, it may go some way to revealing the grander agenda.

#Covid19 vaccination had to be mandated because the majority of people were not choosing it freely.

That alone is cause for every politician involved to be sacked.

Mandates ruined lives. THAT IS WHY THEY ARE ILLEGAL.

Know your Charter Rights, or move to China. Choices 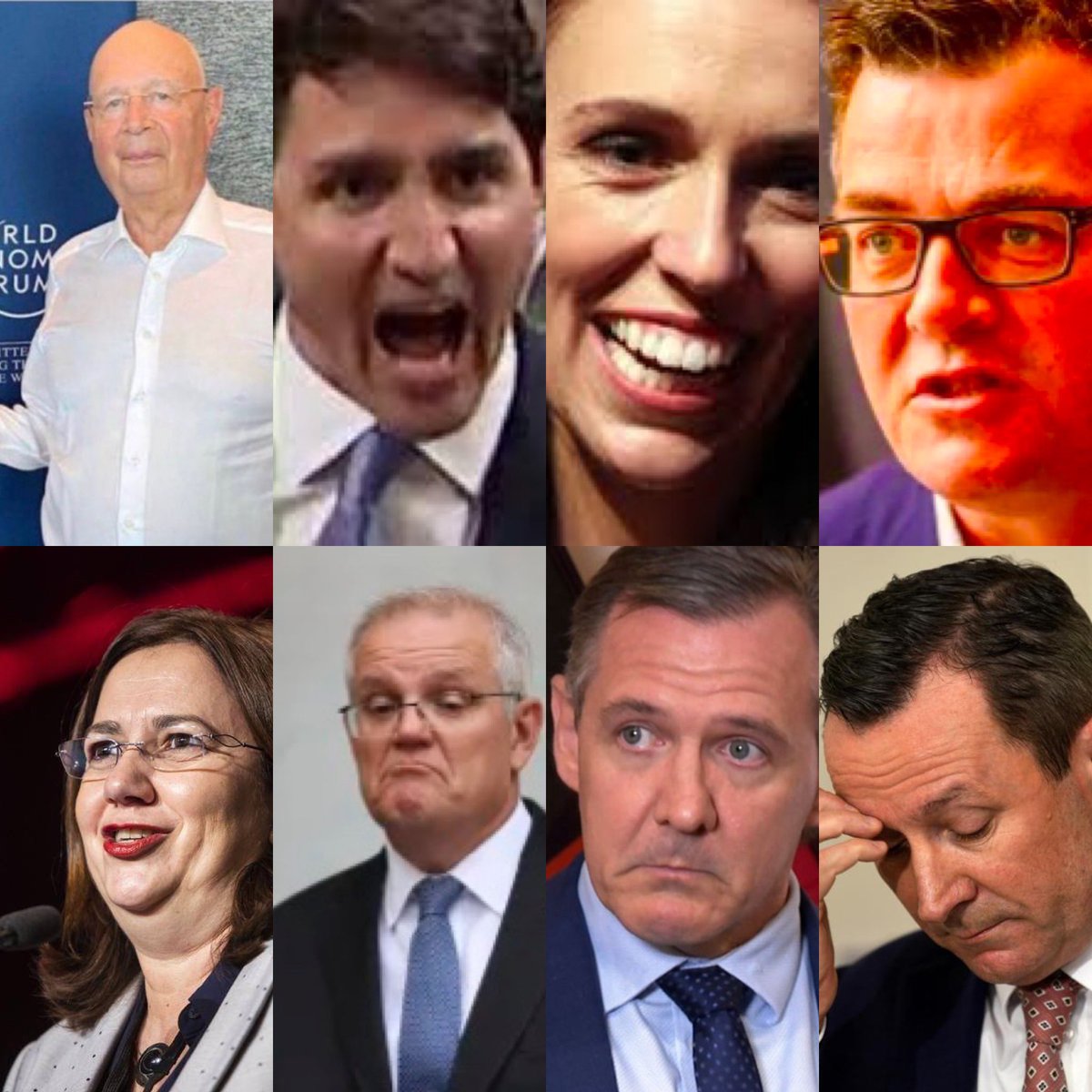 These are the bitches that inflicted this plandemic on us. They stole two years of our lives. They ruined the economy and international air travel. And much more than that.

Dr Peter McCullough: "I can tell you there's heart damage occurring now in children below the age of puberty. We've never seen this before." pic.twitter.com/zSD4hGxRWS