It’s called weather, and we can only prepare for it, not prevent it.

About this ‘unprecedented’ flood… 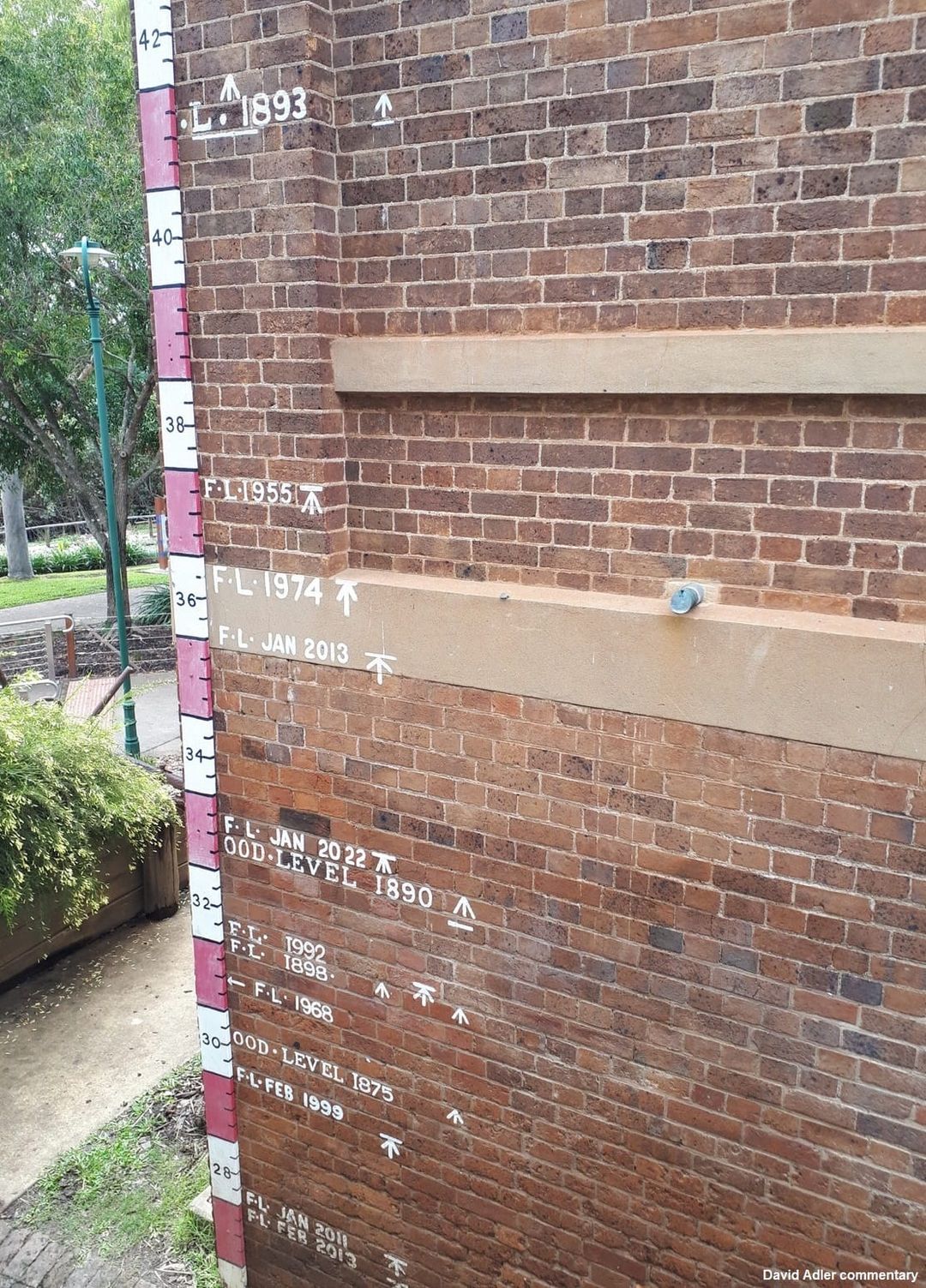 Fraser Coast Regional Council Mayor George Seymour said the event is similar to the floods that devastated the community in 2013. 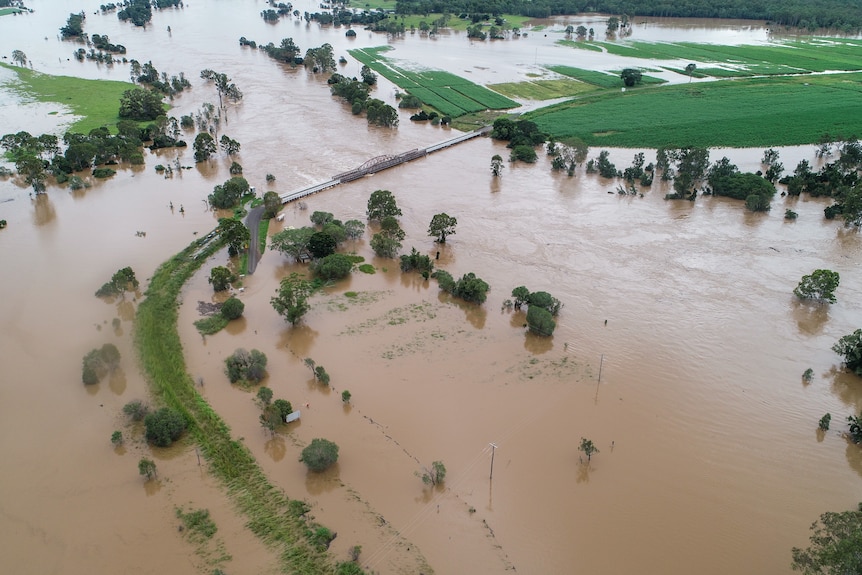 Are CO2 emissions to blame for the floods? 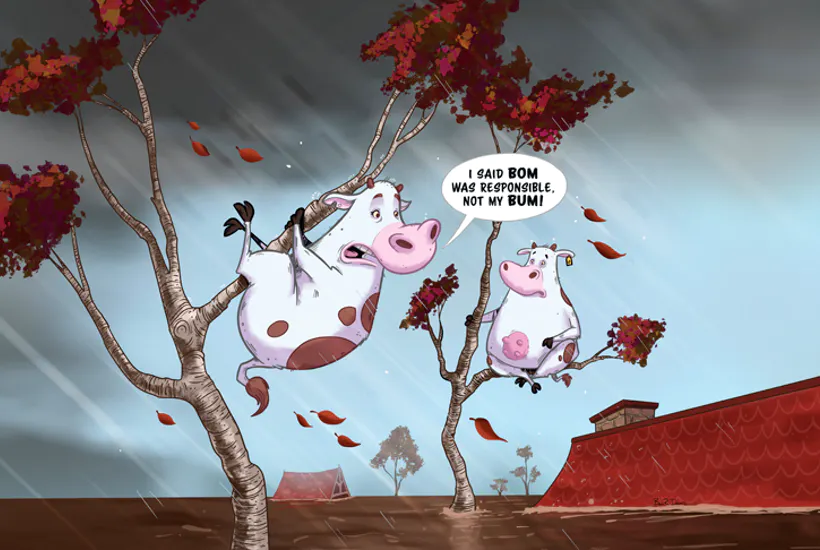 The recent torrential rains in South East Queensland are not unprecedented. The Australian 24-hour rainfall record of 907mm is still Crohamhurst in the Brisbane catchment recorded on 3 February, 1893. We don’t know how much rain fell at Crohamhurst in February 2022 because that weather station (#040062) was closed by the Australian Bureau of Meteorology (BoM) in March 2003.

The Bureau has a habit of closing inconvenient stations. It closed the Charlotte Pass weather station which holds the record of −23.0 °C for the lowest daily minimum temperature in Australia, set on 29 June 1994. That weather station was closed in March 2015. Meanwhile, in June 2017, the Bureau opened several new stations in very hot western New South Wales. One of these stations, Borrona Downs, had a hardware fault and in August 2017 was spuriously recording temperatures as low as –62.5 °C. At the same time, in the cold Australian alps a limit of –10.4 °C had been set on how cold temperatures could be recorded. 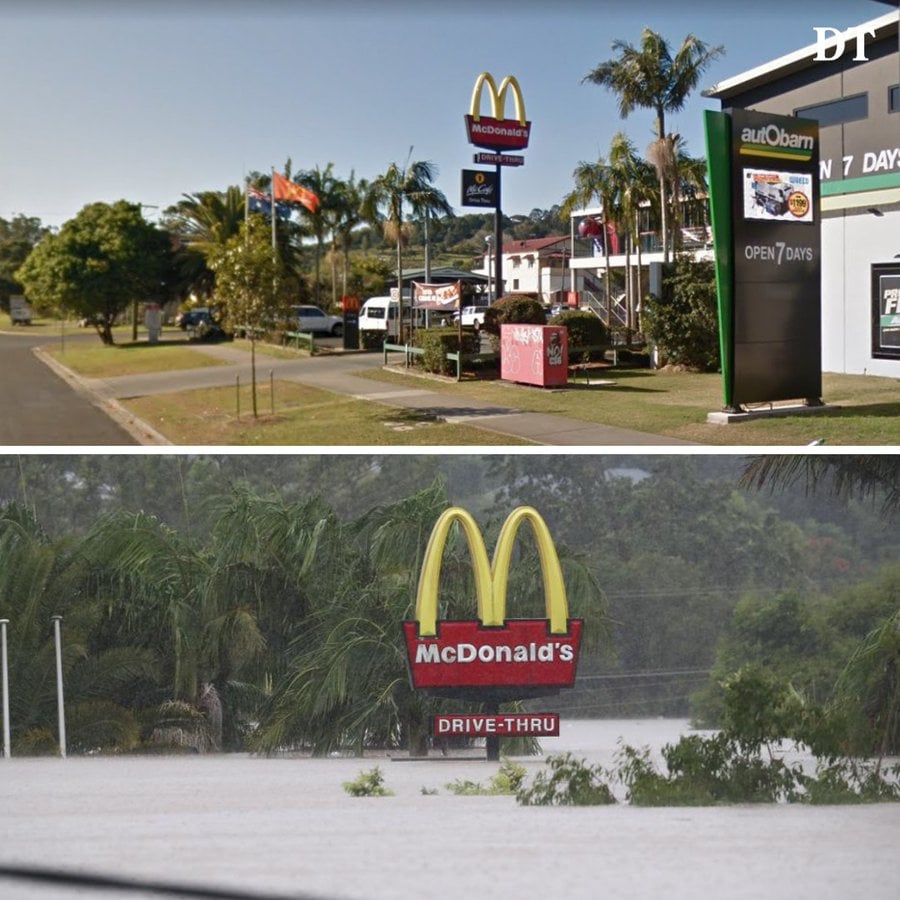 The idea of such a limit on cold days does sound conspiratorial and it was reluctantly acknowledged in an official report from the Bureau – but only after I alerted Josh Frydenberg, then the minister responsible for the Bureau, to the problem at the Thredbo and Goulburn stations in July 2017. I could go on. The Bureau deleted what was long regarded as the hottest day ever recorded in Australia – Bourke’s 51.7°C on the 3 January, 1909 recorded at an official recording station in a near-new Stevenson screen with a mercury thermometer. It was scratched from the record in 1997 and replaced with the lower 50.7 °C recorded at Oodnadatta, South Australia, on 2 January, 1960.

These stunning examples of unacceptable behaviour pale into insignificance when compared with the industrial-scale remodelling of the historical record over the last 20 years that has stripped away the natural climate cycles, so even cool years now add warming to the official trend. In denying the very nature of Australia’s climate, which is dominated by wet and dry cycles, the experts are now unable to anticipate extremely wet weather because they have lost all sense of history. February 2022 was extremely wet in South East Queensland. The city of Brisbane flooded again. There were tens of thousands of homes inundated. It is a tragedy. This is the second time in eleven years.

The flooding in 2011 was caused by the emergency release of water from Wivenhoe Dam, a dam built for flood mitigation following devastating flooding in 1974. The 2011 flooding was the subject of a class action with the Queensland government, SunWater and SEQ Water (the dam operators) recently found negligent.

During the worst of the flooding this year the dam operator again kept releasing water as the city flooded. Though the torrential rains had stopped, water kept being released because the Bureau forecast that more – even worse – rain was imminent. Rain that never eventuated. As usual, the Bureau’s skill at forecasting proved dismal with devastating consequences. I benchmarked the skill of the Bureau’s simulation modelling for seasonal rainfall forecasting in a series of papers with John Abbot published in international peer-reviewed journals, conference papers and book chapters from 2012 to 2017. Our conclusion was that the Bureau’s simulation model POAMA, developed over a period of twenty years in collaboration with other IPCC-aligned scientists, had very limited skill at rainfall forecasting despite being run on an expensive supercomputer.

Back in late 2010, it was evident from the very high Southern Oscillation Index that we were likely to experience a very wet summer.  But there was no preparation – Wivenhoe Dam was kept full of water until it was too late. This last summer it was not as obvious that we were going to experience torrential flooding rains. It could be that the relatively mild La Nina conditions this year across the South Pacific were made worse by an atmosphere exceptionally high in volcanic aerosols from the explosion of Hunga Tonga-Hunga Ha’apai a month earlier.

Very high rainfall totals in Hong Kong in 1982 correlate with the arrival of stratospheric aerosol plumes from the eruption of El Chichon, which spewed 20 million tonnes of aerosol.

Atmospheres high in aerosols can contribute to exceptionally high rainfall, but this is ignored by mainstream climate scientists who continue to run simulation models mistakenly emphasising the role of carbon dioxide in climate change.

The most accurate seasonal weather prediction systems rely on statistical models using artificial intelligence software to elucidate patterns in historical data. So, the integrity of Australia’s temperature and rainfall record is paramount. Yet both temperature and rainfall records are being constantly eroded by the Australian Bureau of Meteorology. Important weather stations are being closed and the available temperature data remodelled, stripping away evidence of past cycles of warming and cooling that correspond with periods of drought and floods.

Back in 2014 an investigation of these issues was proposed by then prime minister Tony Abbot but prevented because of intervention by his environment minister Greg Hunt. He argued in Cabinet that the credibility of the Bureau was paramount so the public would heed weather warnings. No consideration was given to the accuracy, or otherwise, of these warnings.

I was in Brisbane just after the recent flooding (3 March) helping with the clean-up. Tools were downed at 2pm because of the Bureau’s weather warning that described our situation as ‘dangerous’ and ‘potentially life threatening’. All the while the sun kept shining. Not a drop of rain fell from the sky. As I drove out of Brisbane that evening, on my way home, the flash flooding forecast for that same afternoon was cancelled by the Bureau. Next, on the radio there was discussion about the ‘Rain Bombs’ of five days earlier. How they had been ‘unprecedented’. More than one metre of rain had fallen at some locations in just a few days. There was no mention of the more than two metres of rain that fell at Crohamhurst in early February 1893 or the 24-hour record of 907mm that still stands as the highest 24-hour total for anywhere in Australia.