I am the most voted congressman in Brazil and I had all my social networks censored by the supreme court: 14.5 million followers. I do not have access to the process and they did not disclose the reason. It’s officially forbidden to disagree in Brazil.–Nikolas Ferreira

Justice Alexandre is censuring everyone, censorship is forbidden by brazillian constitution, but he doesn’t care!

How can we accept a Communist criminal  in power, if we didn’t vote for him? Cry for Help from Brazilian Concentration Camp: “Just Shoot Us and Take us Out of our Misery!”

1,159 political prisoners have been taken to Federal Prison in Brasilia for “terrorism”. This shocking open letter reaches us from a Brazilian patriot, describing the evil set-up on Sunday and horrendous  conditions in Lula’s concentration camp. 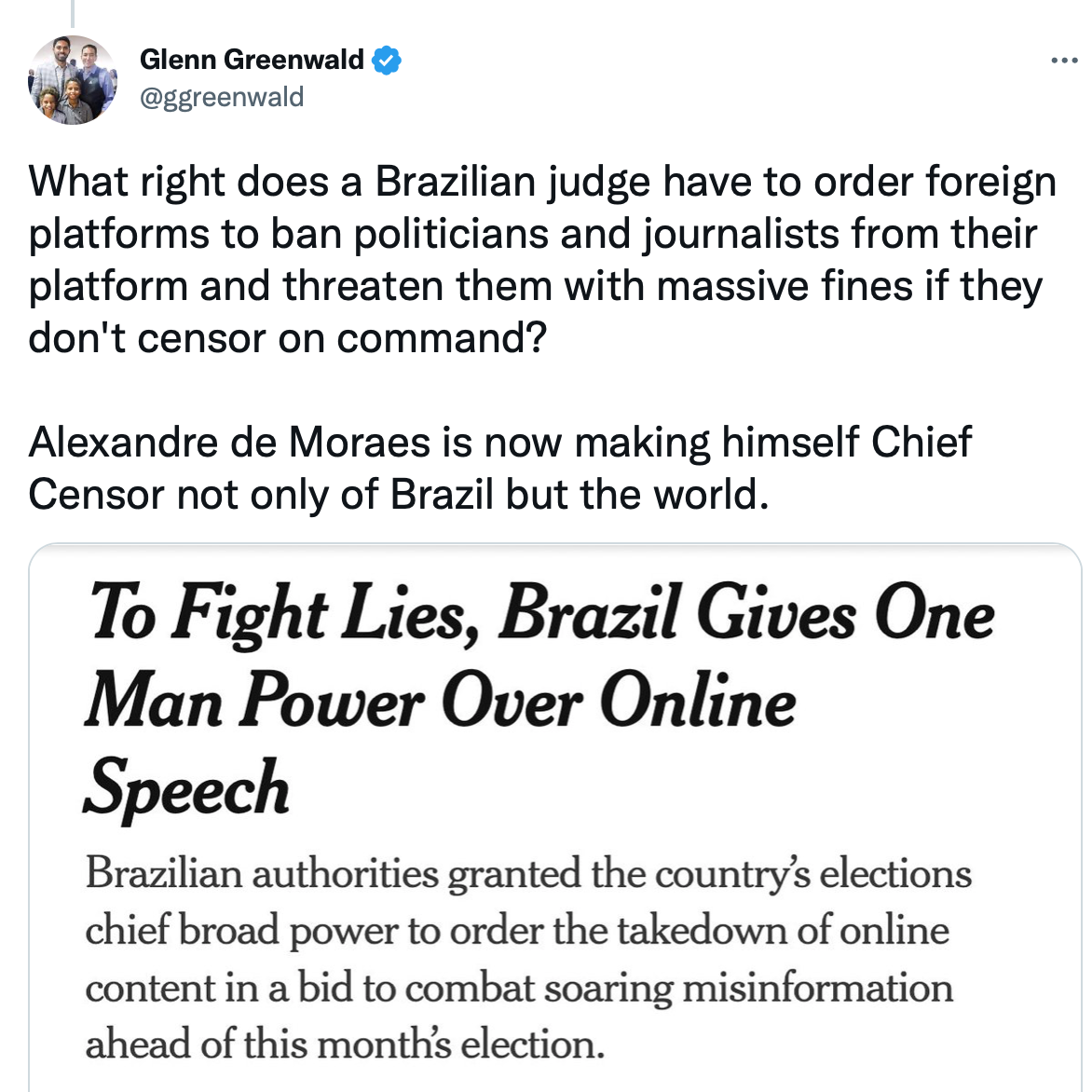 The CIA rigged Brazil’s election and is now instituting what they’d love to institute here in America.

Glenn Greenwald
BREAKING: The censorship regime in Brazil is growing rapidly, virtually daily now. We just obtained a censorship order that is genuinely shocking, directing multiple social media platforms to *immediately* remove numerous prominent politicians and commentators.
.
The censorship regime implemented in Brazil makes the US and EU look like bastions of liberty. *Ten* members of Congress – including some with the nation’s highest vote totals – have been banned by this judge from social media even though the platforms say they violated no rules.
.
This is not confined to Brazil. Just as Brazilian prosecutors copied the US’s indictment of Assange to try to imprison me for my reporting, this censorship model implemented in Brazil will be used by other countries to bar all dissent. It’s a bridge too far even for the NYT.
.
Stay tuned. More coming!
.