This commie hag was really a vile, awful PoS.

I shudder when I think how she declared that the government was the sole arbiter of truth. You don’t want to live in a place where such a creature wields  power over you.

She really is the frightening face of the Stasi state https://t.co/NQNkyWNOCY

Covid Queen Jacinda boasted of 2 classes of people
Demonizing 1 group of people at the expense of others
The dirty/filthy & the pure
Only her government has the truth
Only accredited journalists pic.twitter.com/zjFOCSxytQ

Rowan Dean is not “Ozzie media” and we are not ‘more angry’ than Kiwis over the lockdowns & the Covid terror. We fear that worse is to come with Al Banause & his commie gang of loonies taking us to the point of no return.

Jacinda Ardern’s Legacy: a Divided Country and a Weakened Democracy 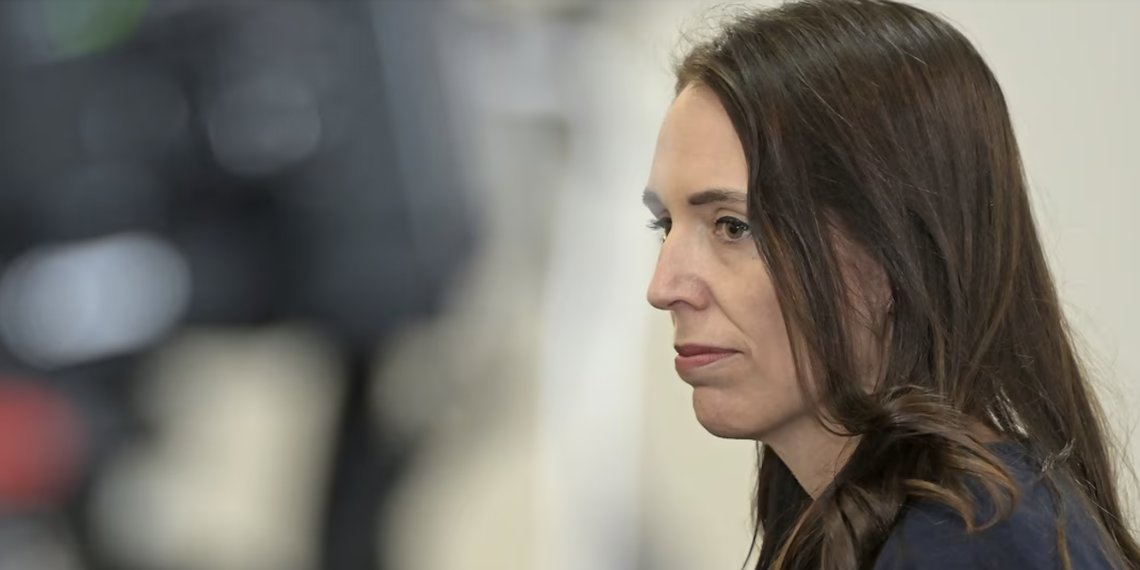 New Zealand’s Prime Minister Jacinda Ardern has resigned after months of rumours. Ardern, whose popularity has plummeted during the last six months, told us “she had nothing left in the tank”.

The backstory to this resignation is a tale of woe. Ardern said she wants to be remembered as someone who tried to be kind. The subtext is: the country is in an unprecedented mess but don’t blame me.

Last year school attendance was reported as running at just 67% on any given day. Machete wielding teenagers are ram raiding liquor outlets, vape shops, dairies, and jewelry stores daily in a frenzied crime wave. The health system is overwhelmed. Ardern’s government promised to build 100,000 new homes over three years. It has delivered just 1,500 to date. 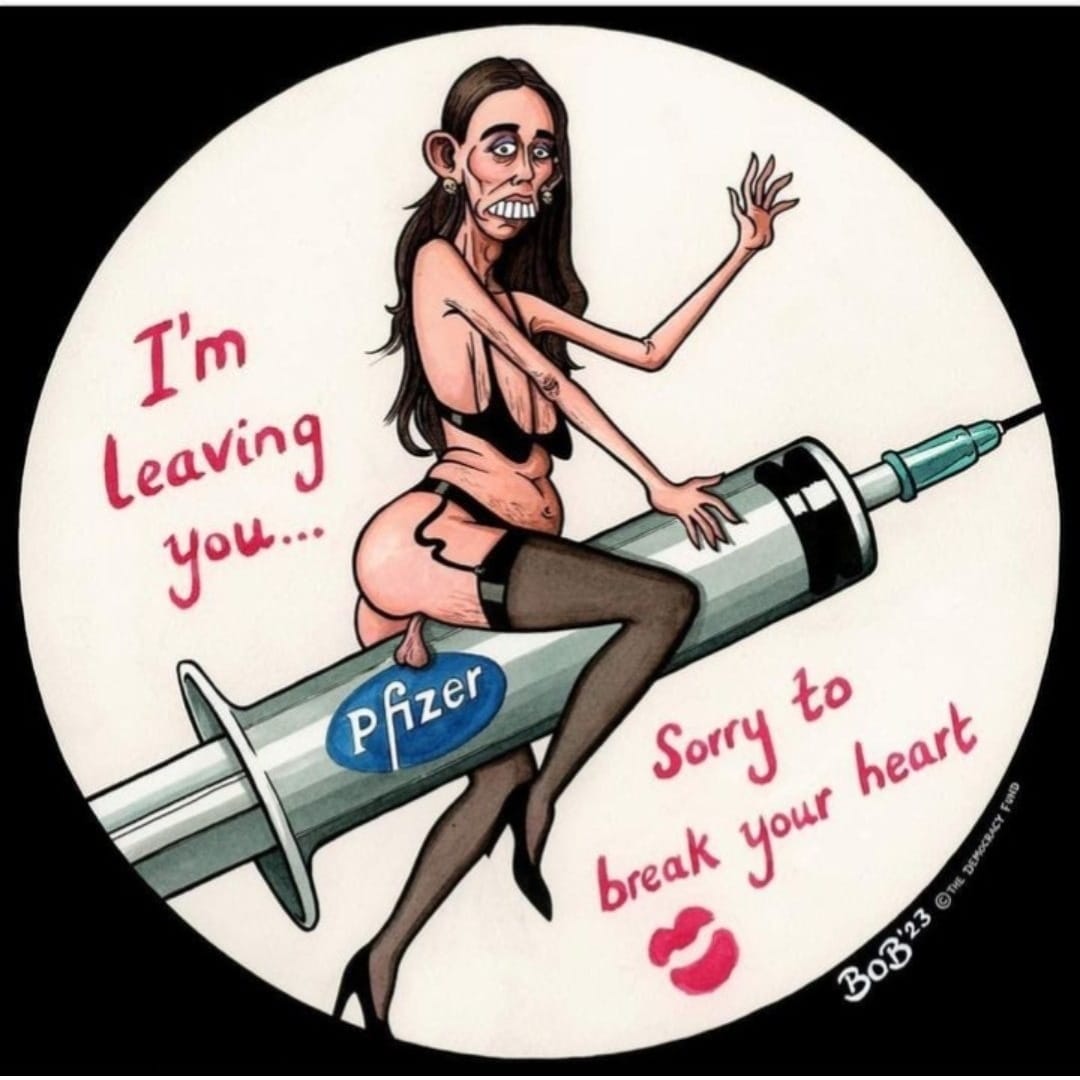 Our tourist, farming, and hospitality industries have not recovered from lockdowns and border closures. It now takes weeks to get a visa to visit New Zealand (it used to take two days) and the Government says it only wants rich people to come. No wonder, we are all poor now.

Ardern famously insisted on universal Covid vaccination mandates. There is a suspicion that our 90% vaccination rate has left everyone in a lethargic fog. Excess all cause deaths are still running 15% above the long term trends, and it is not Covid.

History will judge Ardern harshly, but don’t blame her alone. This was a Parliament who woke up on all sides of the house to the weakness of our constitutional arrangements (there are none worth the name). The Bill of Rights was tossed aside, and no one in Parliament cared.

The leader of the National opposition Chris Luxon famously said pre-pandemic if he was in power, he would withdraw benefits from unvaccinated single mothers. David Seymour, leader of the ACT party wrote on his FB those losing their jobs through vaccine mandates only had themselves to blame. Labour’s coalition partners, the Greens, led by example, encouraging mothers in labour to ride to hospital on a bicycle (yes they did).

Politicians of all parties were afraid to meet protestors and turned the hoses on them rather than listen to their concerns.

Revelations this week (here and here) that Ardern personally overruled her scientific advisors who were expressing doubts about the safety of Covid vaccines for young people and the wisdom of mandates, have circulated very widely and no doubt this has further undermined confidence in the government.

Ardern introduced ‘rule by regulation’. Adopting the enabling model favoured by fascists in the 1930s, her Government has empowered authorities to tell us all what to do, when to stay at home, and where not to go. The courts, the Human Rights Commission, and the broadcast regulators have all followed the Government line meticulously which has had a devastating effect on business, families, communities, and professions. To cement her policies, Ardern introduced massive Government funding of our media and broadcasters – a hallmark of repressive regimes.

Ardern was a protege of Tony Blair and a graduate of the Klaus Schwab World Economic Forum young leaders program. Both must shoulder some blame too. What fantasies of global power did they offer to a young person who was given to idealistic dreaming that segued into fanaticism?

Ardern’s Government, in an absurd overreach, has also funded a nationwide effort to discredit critics of policy, labelling them terrorists. This has divided a formerly egalitarian society, instituting a snitch culture that encourages us to dob in a neighbour. Government Disinformation Project employees appeared on funded films aired on television to a backdrop of atomic bombs exploding and Nazi stormtroopers marching. Absurdly they labelled knitting, blond hair, braids, vaccine hesitancy, love of natural foods, Yoga, and yes motherhood as signs of terrorism that should be reported to the intelligence services (yes they did, view it here on TVNZ if you can stand watching this nasty piece of propaganda and hate).

Why did Ardern suddenly change overnight in August 2021 from being a kindly figure saying she would never mandate vaccines, to being one of the world’s most draconian proponents? We can only speculate. New Zealand is a member of the five eyes intelligence network. Given the Pentagon’s recently revealed massive involvement in U.S. Covid policy and gain of function research funding, was she fed information that a bioweapon was in play? We will likely never know.

The cynical will say that Ardern left early to avoid the ignominy of U-turns and election defeat. Leaving open the possibility of political rebirth. The New York Times wrote this morning that Ardern, like Helen Clark, is in line for a global role and a bigger platform. We live in dread.

For a couple of weeks now Government announcements and advertisements encouraging vaccination and boosters have been conspicuously absent. Has the penny finally dropped? We doubt it. It will take an honest, intelligent politician (are there any left?) to roll back Ardern’s dictatorial powers and kickstart New Zealand. Why would any aspiring newbie give up that much power? The prospect will be too intoxicating, but that is what it will take. Someone has to rise above the mire of our current politics and realise that governments should represent the interests of people. Leadership is about fulfilling the aspirations of your followers, not just telling them what to do.

Our final verdict: It is not Ardern, but the whole New Zealand Parliament elected in 2020 that will be judged as the worst in our short history as an independent island nation, formerly famous for championing the underdog and offering opportunity to all. Ardern’s resignation lights a bonfire of the excesses of modern democracy. To find a way ahead, at the very least, the New Zealand Bill of Rights needs to be entrenched beyond the reach of power hungry politicians and compliant courts.

Guy Hatchard, who lives in New Zealand, is an international advocate of food safety and natural medicine. Read more of his journalism in the Hatchard Report. This article first appeared on TCW Defending Freedom.

One thought on “Good Riddance, Jacinda”