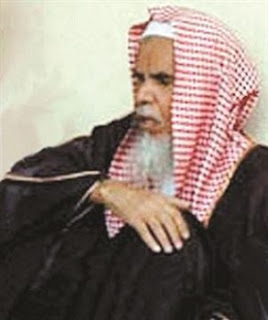 Saudi cleric Sheikh Abdul Rahman bin Nasser Al-Barrak hasÂ forbidden democracy.He said “the system of elections is a corrupt system that is not legitimate for Muslims… It is an exotic idea from the enemies of Islam because of their occupation of their land.”
END_OF_DOCUMENT_TOKEN_TO_BE_REPLACED

A Jordanian man was charged on Wednesday with killing his divorced sister after stabbing her and driving his truck over her body several times because of her alleged “suspicious behavior,” police said.

AP explains: Â Murder is punishable by death in Jordan, but in so-called “honor killings,” courts can commute or reduce sentences, particularly if the victim’s family asks for leniency. (AP)

END_OF_DOCUMENT_TOKEN_TO_BE_REPLACED

Everywhere the same song and dance:

“We demand social justice and freedom”- (translated: Â we want sharia and the freedom to spread Islam by the sword)

This is similar to what is going on inÂ Tunisia. “In Jordan, Islamists try to spin popular protests into political uprising,” by Taylor Luck in theÂ Christian Science Monitor, via JW

Arab News thanks to TT

More than 5,000 people from across the political spectrum, including the powerful Muslim Brotherhood, the left wing groups and the trade unions staged Friday what they called a “Day of Rage” in the Jordanian capital of Amman and in the northern town of Irbid.

Jordanian protesters hold a giant national flag, as they march during a protest demanding the resignation of the prime minister and his government over price increases and inflation, in Amman, Jordan on Friday. (AP)

They demanded Prime Minister Samir Rifai step down and for Jordanians to be able to elect their prime minister and other ministers rather than having them appointed by King Abdallah.

Streets protests have mounted over the past week, spurred on by Tunisia’s example, and despite government moves to lower the prices on basic goods and fuel. “(Prime Minister Samir) Rifai, out, out! People of Jordan will not bow,” protesters chanted as they marched from Al-Hussein Mosque in central Amman to the nearby municipality building. “Our demands are legitimate. We want bread and freedom.”

END_OF_DOCUMENT_TOKEN_TO_BE_REPLACED

Perhaps Queen Rania can get a gig on Oprah. Or on ‘Dr Phil’……

Fallout from the Tunisian “Jasmine Revolution,” which the Islamic supremacists are claiming as a victory. Pro-Sharia forces all over are hailing the events in Tunisia, because they know that genuine democratic rule will result in their victory, since the Tiny Minority of Extremists actually enjoys broad popular support. “Islamists in Jordan protest authoritarian rule,” fromÂ Reuters, January 17 (thanks to JW):

Islamists in Jordan, emboldened by protests in Tunisia that forced out the long-serving president, called on Sunday for an end to what they called authoritarian rule in their country.

END_OF_DOCUMENT_TOKEN_TO_BE_REPLACED

QUEEN OF JORDAN: HONOR MURDERS HAVE NOTHING TO DO WITH ISLAM…….

The real problem here is not that Jordans media darling, Oprah friend Queen Rania, denies and lies; that is to be expected. The scandal is that Islamo=propagandist Christiane Ammanpour deliberately spreads falsehood and nonsense. Â She should be called out on this, and exposed as the overrated crock & schlock journo that she is.

Ammanwhore gets schmoozed by the Queen of Jordan

Now wait a minute: the mainstream media has told us, whenever an honor killing has taken place in North America or Europe, that honor killing is a cultural practice that has nothing to do with Islam â€” despite the fact that Muslims commit 91 percent of honor killings worldwide. What’s more, a manual of Islamic law certified as a reliable guide to Sunni orthodoxy by Al-Azhar University, the most respected authority in Sunni Islam, says that “retaliation is obligatory against anyone who kills a human being purely intentionally and without right.” However, “not subject to retaliation” is “a father or mother (or their fathers or mothers) for killing their offspring, or offspring’s offspring.” (‘Umdat al-Salik o1.1-2).

Stephanie has done good work on these hideous ‘honor’ murders:

The whiny little king of the ‘country’ created toÂ appease the Hashemites for their loss of Mecca and Medina is complaining to the media (in this case the Wall Street Journal) that those mean Jooos are trying their darndest toÂ prevent him from becoming a nuclear power. Â Carl has more…

Abdullah accused Israel of pressuring countries like South Korea and France not to provide nuclear technology to Jordan.

One policeman was killed and three others were injured Monday morning as Palestinians opened fire at a police car near the West Bank settlement of Beit Hagai. The officers were making their way to Hebron from the southern city of Beersheba.

South Mount Hebron Council Head Zviki Bar Hai said the attack was prompted by the removal of roadblocks in the West Bank, which he said only increased terror. “The policemen are the victims of Bibi (Prime Minister Benjamin Netanyahu) and (Defense Minister Ehud)Â Barak’s calculated prevention policy.”

Yehuda Glick, spokesperson for the nearby community of Otniel, added that “those who opened the Dahariya roadblock only three weeks ago, knowing that the place served as a shelter for terrorists, should not be surprised that the terrorists took advantage of their innocence.”

The Yesha Council said in response that “the security cooperation with the Palestinians, imposed by the political echelon on the IDF in Judea and Samaria in general, and in the Hebron area in particular, cannot provide security. This is costing lives for the police, the IDF and Israel’s residents.”

The last deadly attack on a West Bank road took place in December 2009, when 40-year-old Rabbi Meir Avshalom Hai of Shavei Shomron wasÂ shot from a passing vehicle. He was seriously wounded in his head and was proclaimed dead shortly afterwards.

In March 2009, two policemen wereÂ killed in a shooting attack in the Jordan Valley. Their killers have yet to be captured.

The Financial Times of London reports that with all the supposed concern that the Arab countries have for the ‘Palestinians,’ the oil-rich Arab statesÂ pledge little and donate less to UNRWA

The plucky little king is in good company. Scroll down to find out who….

AMMAN, October 16, 2009 (WAFA)- King Abdullah II of Jordan warned Friday that Jerusalem is a red line and any tampering with its historic identity will trigger catastrophic repercussions on the security and stability of the region and on efforts exerted to achieve comprehensive Mideast peace , that meets aspirations of all parties.

In a meeting with the visiting Spanish Prime Minister, JosÃ© Luis Zapatero, the King Â affirmed that the unilateral Israeli measures cannot be accepted, warning Â they will undermine opportunity at hand to make peace and need a firm and clear int’l stance to stop them.

END_OF_DOCUMENT_TOKEN_TO_BE_REPLACED

Jewish officials say Arab and Palestinian leaders are deliberately inciting violence during the Feast of Tabernacles. Elisha Peleg is a member of the Jerusalem City Council. “It is well organized,” Peleg alleges. “They know when to increase the riots and where to make the riots; and unfortunately, our neighbors do not like to see us very much celebrating and praying to our God.”

Perfectly in line with what Robert reminds us about restrictions on dhimmisÂ here.

His Majesty King AbdullahÂ demanded that Israel stop all unilateral actions that threaten holy sites inÂ Jerusalem and the identity of the holy city. (Jerusalem is holy for Jews. Â Since it is not mentioned once in the Koran, Â it means nothing to Muslims/ed)

He warned that such actions threaten to destabilise not only Israel’s
relationship with Jordan, which has a special concern and role in Jerusalem
that is recognised in the peace treaty. (The Arabs have never honored any peace treaty, so Jordan can shove its ‘concerns’/ed)

It will also inflame the Islamic world and jeopardise efforts to re-launch
peace negotiations. (The “Islamic world” is inflamed since the 7th century. What’s different now?/ed) Continued below the fold…

END_OF_DOCUMENT_TOKEN_TO_BE_REPLACED

Three Jordanian men were charged on Tuesday with premeditated murder after allegedly stabbing to death their divorced sister as well as burning her body and house over her “bad reputation,” police said.

As usual, this has nothing to do with Islam, can’t blame the religion of 1.5 gazillion peaceful, law-abiding Moslems for the actions of a few, Â America has far more murders, In India they kill too, in Africa they bury new-born babies and if the world was Islamic Â we would all be so much better off…

END_OF_DOCUMENT_TOKEN_TO_BE_REPLACED

There are now 85 sharia courts in the UK. Muslim spokesmen already declared they want 300 of them by the end of next year:

Jordan’s Board of Fatwas: “Anything that contradicts the Sharia” in UN anti-discrimination convention is prohibited

The advancement of human rights in Islamic countries is perennially blocked by Sharia. It’s promoters argue that, sure, it allows for human rights, but all the “rights” one is allowed — supposedly by divine fiat — are spelled out in Sharia. Stories like this show the obvious limitations on Sharia’s respect for human rights by modern standards, and should serve as a cautionary tale for the West. “Amman accused by Islamists of “destroying the family,” fromÂ Ennehar Online, August 22, Jihad Watch: