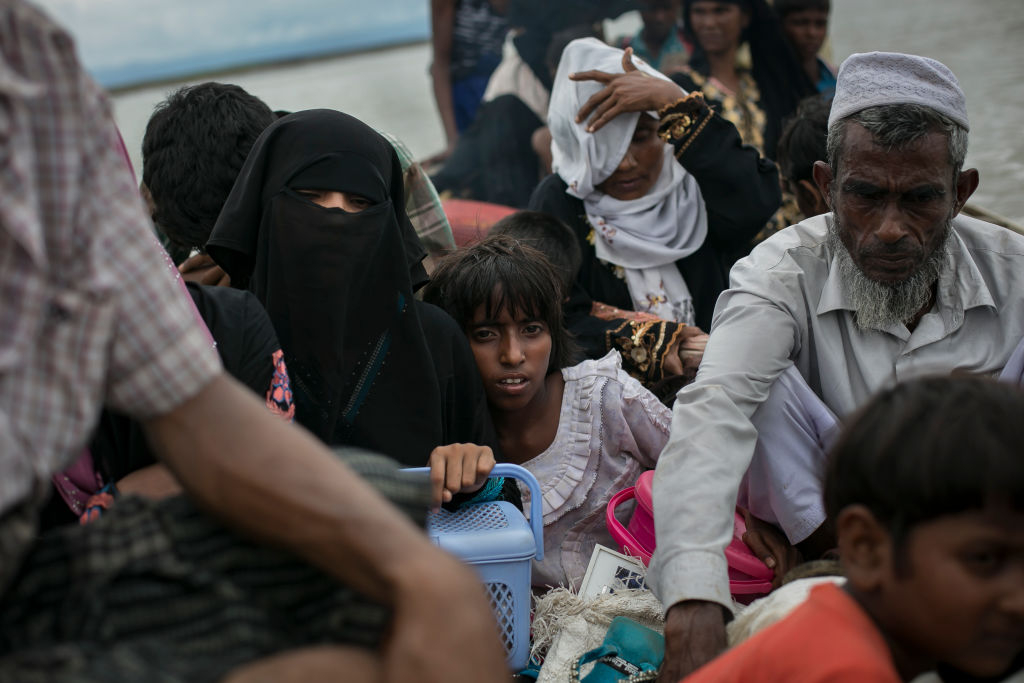 Rohingya refugees from Burma arrive in Bangladesh, on September 17, 2017. The current crisis is being depicted — wrongly — as the “ethnic cleansing” of an innocent Muslim minority, but the true culprits are radical Islamists among the Rohingyas themselves, who with guns, machetes and bombs are killing their own people, in addition to Buddhists, Hindus, and others that get in their way. (Photo by Allison Joyce/Getty Images)
.

A surge in clashes between Islamist terrorists and the government of Burma (Myanmar) is at the root of a refugee crisis in Southeast Asia that has caused the United Nations and international media to focus attention on the Rohingyas in the northern Rakhine, an isolated province in the west of the Buddhist-majority country.

The Myanmar army says mass graves are evidence of a massacre by Rohingya muslims.

One thought on “Soldiers of Allah Responsible for “Rohingya” Refugee Crisis”