The involvement ofÂ an unsavory organization like CAIRÂ does not reflect well upon the proclaimed innocence of Youssef Megahed. “CAIR seeks Megahed release; father: ‘No freedom for Muslims,'” by Elaine Silvestrini in theÂ Tampa Tribune,Â full article below 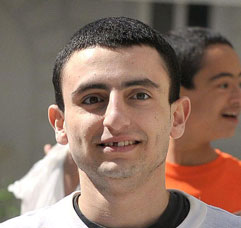 “Both of them are really naÃ¯ve kids,” Bedier said.

Youssef Megahed, indicted on explosives charges after he was arrested near Goose Creek South Carolina, was acquitted of those charges Friday.

The good news is that the Egyptian national was arrested today by Immigration and Customs Enforcement and likely will face deportation. I especially love Megahed’s father’s description of his son’s arrest as a “kidnapping”.

MORONS: Jurors Find Terrorist Youssef Megahed NOT GUILTY; Told Ya So (Sadly); Will Get U.S. Citizenship

IÂ told you so. IÂ warned you. I said this jury, with a guyÂ whose son-in-law is Muslim, would findÂ Youssef MegahedÂ not guilty for carrying pipe bombs in the back of the car in which he was traveling apparently toward New York for a terrorist attack, early the next morning (not on the military base as people originally thought and the prosecutor still maintained). I also told you that theÂ prosecution deliberately left outÂ a ton of evidence that proved these guys–Megahed and his friend Ahmed Mohamed–were terrorists and conspirators, both of them. And I told you about theÂ extremist makeoverÂ his he gave himself, dumping his radical Islamic facial hair.

And, sadly,Â I was right. Sorry to say, but most terrorism juries in America are made up of morons. The kind O.J. Simpson had in his criminal murder trial.

The Council On American-Islamic Relations joined with local human rights activists this morning to call for the release of Youssef Megahed, arrested Monday on immigration charges three days after he was acquitted in a federal trial.Megahed’s attorney said Monday the government is trying to deport Megahed based on the accusations he faced at trial – that he illegally possessed and transported explosives.

The charges came after Megahed, 23, and a friend were arrested in South Carolina in 2007 with what deputies said were pipe bombs in the trunk of their car.

The FBI later determined the items were PVC pipes stuffed with a “low explosives” mixture of potassium nitrate and sugar.

Megahed’s defense attorneys argued that Megahed did not know his friend, Ahmed Mohamed, had placed the items in the trunk. The defense said the items were model rockets.”

The immigration charges brought against Megahed are similar to the criminal charges, said Ramzy Kilic, executive director of the Tampa chapter of the Council On American-Islamic Relations, or CAIR. Kilic and others called on the Justice Department to respect the jury’s verdict….

Megahed’s father, Samir, also spoke at the news conference, held at the CAIR offices. Samir Megahed praised the American justice system Friday after his son, who faced up to 20 years in prison, was acquitted by a jury in Tampa.

In America, Muslims are freer than they are in any Muslim country. Samir Megahed is essentially demanding that the United States not defend itself against the jihad threat. Only a fool would heed him, but of course there are many fools.