KENT, Conn.Â â€”Â  Peter Gadiel wants everyone to remember his son, James, who was killed during the September 11 terrorist attacks.

And he also wants people to remember how he died: “Murdered by Muslim terrorists.”

For Gadiel, any tribute to his son would be woefully incomplete without those words.

“I think it’s important, because I think there’s a nationwide effort to suppress the identity of the people who were involved in the attacks,” Gadiel told Fox News. Continued beneath the fold>> 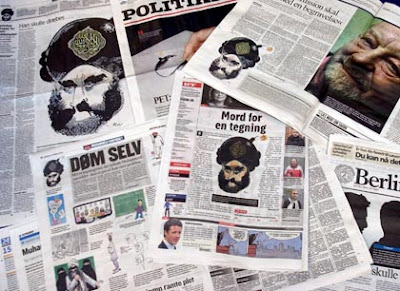 Two men in the US city of Chicago have been charged with planning attacks on foreign targets, the US justice department has said.

David Coleman Headley, 49, and Tahawwur Hussain Rana, 48, were both arrested earlier this month.

Among their alleged targets was a Danish newspaper that printed a cartoon of the Prophet Mohammed in 2005, sparking angry protests from Muslims.

The justice department said it had uncovered “a serious plot against overseas targets”.

Mr Headley, who changed his name from Daood Gilani in 2006, was arrested on 3 October as he was about to travel to Pakistan.

He has been charged with “conspiracy to commit terrorist acts involving murder and maiming” outside the US and also with conspiracy to provide material support for the attack.

Prosecutors allege he visited the Copenhagen and Arhus offices of the Jyllands-Posten newspaper, which printed the cartoons, for surveillance purposes.

The charge sheet alleges he also travelled to Pakistan to meet members of the Islamic militant group Lashkar-e-Taiba….

Eight years ago, 23-year-old James Gadiel worked for Cantor Fitzgerald on the 103rd floor of the World Trade Center. He died when a hijacked plane crashed into the North Tower.

For years, Gadiel’s hometown of Kent, Conn., has wanted to honor the young man with a memorial plaque next to its town hall. But the tribute has hit a snag because James’ father wants to include the phrase, “Murdered by Muslim terrorists,” under his son’s name.

For Peter Gadiel, it is a central fact of the Sept. 11 attacks that is often left out.

“It isn’t just overlooked, it’s suppressed,” Gadiel said. “It’s simply wrong to imply that people just died. The buildings didn’t just collapse, they didn’t just fall down â€” they were attacked by people with a specific identity, a specific purpose.”

Town officials call the phrase too controversial for a small town memorial, and they recently voted against erecting the plaque if Gadiel insists on the language.

“We perceive ourselves as a very warm, loving town,” said Ruth Epstein, a Kent selectman and one of two town leaders to vote the plaque down. “To disparage any one ethnic group is just against everything that we stand for here.”

Epstein noted that other Sept. 11 memorials, like the one at the Pentagon, don’t mention Muslim terrorists, and she said she does not want to alienate any members of her small and close-knit community. (the Pentagon is already in a state of full blown dhimmitude, and totally infiltrated with Muslims/ed)

“We have at least one Muslim family living here with children and it â€” it would be just awful to have them see something like that,” Epstein told Fox News.

But for Gadiel, it’s an important message that he insists be present on any tribute to his son.