we just recently was told that our children had muslim lectures within their school,i was not informed ,or didnt even sign a permission note for my children to participate in this lecture..it is a public school and we have to even sign permission notes for our children to do scripture,we signed a note for the children to watch aboriginal dancers,even a note to see healthy harold the giraffe that promotes healthy eating,so i cannot work out why we didnt get a permission note,or not even knowing that our children had muslim lectures telling them that,PORK IS DIRTY.and because my children are too young to comprehend the differences between meats.i now have my children turning their noses up at the meats being served to them.im very dissapointed in our australian public school system and maybe the future PORK INDUSTRY might not even be profitable as muslim lecturers are turning our kids against PORK MEAT.im not the only parent at this school that feels like i do.could anyone tell me what if i walked in a muslim school and lectured them on PORK AND HOW TASTY AND YUMMY IT IS without prior consent to the muslim childrens parents?????? 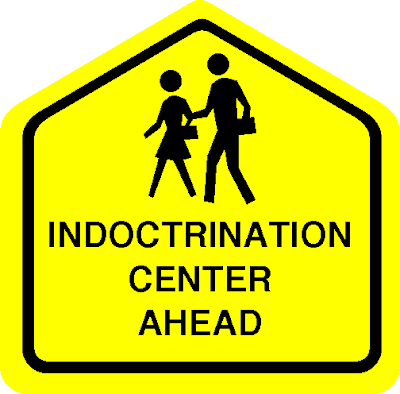 this occured on ramadam week at campbelltown public school,which is an australian public school .it has 299 students and there is no muslim teachers,there is more than id say 30 or so muslim children at the school.my main concern is that when the muslim lectures came to lecturer our children,we as parents didnt even have the oppurnity to sign a note of permission for our children tooÂ attend.as some children were too young to comprehend muslim beliefs, a lot of children are not eating meat and asking a lot of questions that i cannot answer…..

Has RADICAL ISLAM infiltrated YOUR CHILD’S SCHOOL yet?

The Public School and the Muslim Child:

Most of us would never think twice about our answer if someone asked, “Would you let a Kaffir baby-sit your child?” Most would answer with an emphatic,” NO!” But, Muslims don’t think twice about sending their kids to the Kuffaar to provide them with their education (orÂ indoctrination). Muslims send their children knowing that public schoolÂ teachers are possibly bi- or homo-sexual, paedophiles, adulterers or adulteresses, atheists, Christian or Jew, or all of the above.

19 thoughts on “A very concerning letter”