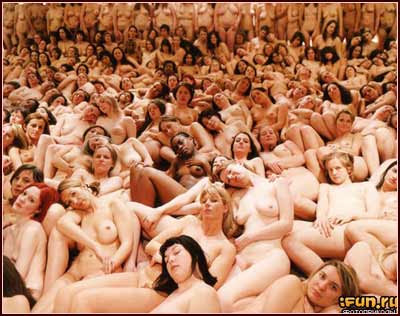 No virgins for you, guys — to get them you have to kill and be killed for Allah (Qur’an 9:111). Not just “be killed.” Premature Detonation Alert: “14 terror suspects mistakenly kill themselves,” from CNN

It took them a while, but even the tools from Caliphate News Networx Â can no longer cover up for the Global Jihad. Â But not to worry: in the final analysis, CNN offers up some pearls of wisdom from a “War on Terror Expert:”

“…there also needs to be a war on poverty and a commitment to providing education and opportunity so that children in the future won’t be turned into murderers, thinking that suicide and death are their only escape from a hopeless life…”

Sure. Education will fix it. Like it fixed Mohammed Atta or the Jordanian doctor, who just blew himself and 7 CIA agents to the virgins. Why can’t CNN find a “WoT Expert” who understands Islam?

Nawaz Kot, Pakistan (CNN) — “When we got to this compound it was shocking for us,” Lt. Col. Yusuf tells us, standing in the middle of what the Pakistani military says was a brainwashing center — for children.

It was here, according to the Pakistani military, that children aged 12 to 18 were turned from innocent youngsters into cold-blooded killers, willing to blow themselves to bits as suicide bombers.

The discovery of the compound was first reported in Pakistani media last month. Yusuf says his unit took it over after a three day battle with militants.

Part of the compound consists of four rooms — each wall adorned with brightly colored paintings in clear contrast to the barren and harsh landscape surrounding it. The children were told that this was what awaited them in heaven.

Each of the images has a river flowing through it. Some have people playing in the water. Others have women lining the banks.

One has a home similar to the mud homes in the area which the military says is meant to invoke memories of where the children are from but with a beautiful mountainous green backdrop. Written across it are the words “Long live the Taliban of the mountains.”

The images may appear simple. But for the children from this part of Pakistan they are captivating. They grow up in abject poverty surrounded by dirt-colored mountains with treacherous gullies and valleys with no exposure to the outside world. They are gullible and easily manipulated.

“I have never seen such elaborate paintings about so-called heaven,” Taliban expert Zahid Hussein says, looking at the images.

He has seen similar tactics in the past and spoken extensively with would-be child suicide bombers in the custody of the authorities.

“They [the militants] say life is a waste here and if you do a good thing you will go to heaven, immediately to heaven. For someone who does not have anything to look forward to, who does not have any opportunities and is living a wretched life, this sort of thing comes as a big incentive,” Hussein explains.

He says the children end up believing that their life in this world is worthless, that life only starts in the hereafter. The Taliban is offering them a fast track option to paradise, a longed for escape from their daily reality surrounded by violence.

Nawaz Kot was once a Taliban stronghold.

“The militants were mostly hidden away in bunkers. The tactic they would use was long-range sniping and IEDs (improvised explosive device) on the road,” Brigadier Sarfraz Satter explains as we bump along the road just outside of his brigade’s base in South Waziristan on our way to the training center. “They [the militants] had all those positions up there.”

He points to the mountaintops in clear sight of his headquarters. When the military launched its operation to take these lands back, he says they knew that the compound was a training center, that perhaps children were involved. What they didn’t realize was the sheer level of indoctrination.

The children were from the local area. He says the parents would send them thinking they were getting an education and, more importantly, free food.

“But they don’t know what kind of religious education their child is being put through.” Satter says, acknowledging that for the next phase of operations to succeed, there has to be a focus on education. “When we start our rehabilitation, we have to reopen schools to stop them [the parents] from sending their children into the wrong hands.”

The military says that the compound could house some 200-300 children. The Pakistani military believes it was in full use until the summer when they bombed it. Since then they say that numbers had dwindled although they are not sure how recently children were staying there. But for the children that have already passed through the compound, it’s likely too late.

“The pamphlets we found tell us they were trained in weapons handling, preparing of suicide jackets and ambush tactics,” Lt. Col. Yusuf says. “These terrorists keep the children at the frontline, and most of the casualties have been children when they [the terrorists] are attacking the posts.

“They say to them, ‘Look your sacrifice will not be wasted,’ and so he [the child] is mentally prepared to do whatever they want him to do,’ expert Zahid Hussein further explains.

He says it’s a complete distortion of Islam, but one that the children fervently believe.

“They are also led to believe that the Muslims who are killed in suicide bombings, they will go to heaven as well. So that is a very powerful instrument of brainwashing,” he adds.

The Taliban says that this particular compound is not one of theirs. But they say that they are actively training children from Pakistan, Afghanistan, Central Asia and the Middle East to be suicide bombers.

As Pakistan tries to cope with an ever increasing wave of suicide bombing, a chilling statistic is coming to light.

“Almost 90 percent of suicide bombers, if you look at their profile, are 12 to 18 years old,” Hussein says.

The war on terror expert says there also needs to be a war on poverty and a commitment to providing education and opportunity so that children in the future won’t be turned into murderers, thinking that suicide and death are their only escape from a hopeless life.

One thought on “CNN Discovery: Taliban brainwashes kids with visions of virgins”