Dershowitz: Goldstone is a traitor

Two days after IsraelÂ submitted its response to the Goldstone report that accused the IDF of possible crimes against humanity during last year’s Operation Cast Lead, prominent lawyer and political commentator Professor Alan Dershowitz said that the jurist, someone he once considered a friend, was “a traitor to the Jewish people.”

Speaking to Army Radio, Dershowitz said the “Goldstone report is a defamation written by an evil, evil man.”

He said the jurist “allowed himself to be used to give aÂ hechsher, a certification of purity, to defamation,” and that Goldstone is a “man who uses his language and words against the Jewish people.”

Elaborating, the professor said that it would be as if the writers of the Protocols of the Elders of Zion “had asked a prominent Jew to read the report and sign it” to give it approval.

“I regarded him as a friend, but I now regard him as an absolute traitor,” he said. Read the rest on J’Post >>

Richard Richard Goldstone spoke at Yale this past week, and this time someone stood up with a protest sign at the back. Goldstone seems a little flustered, doesn’t he?

Let’s go to the videotape

I don’t think he even stammered that much when Dore Gold ripped him to shreds back in November. But since that encounter, Goldstone has refused all requests for debates. Maybe now he will speak to empty lecture halls.

‘I want to kill infidels’

Counter-terrorism police say their discovery of a film of children being encouraged to hold guns is evidence of attempts to radicalise youngsters. Â The Counter Terrorist Unit (CTU) in North West England revealed they found the film during a raid in Manchester.

Officers say it shows two children, aged about three and six, playing with a pistol and a Kalashnikov rifle. Â Â Material seized separately included the advice: “No child is ever too young to be started off on Jihad training.” BBC

Abbas wants it all: 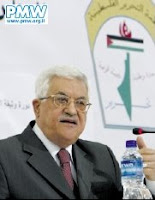 OnlyÂ 1% of Israeli Jews believe that peace is possible with the ‘Palestinians’ according to a poll taken for the Knesset Channel. 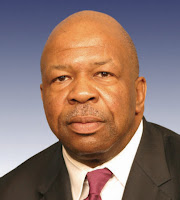 Earlier this week, I wrote about theHamas 54, the 54 Democratic congressmen who wrote a letter to President Obama urging him to pressure Israel to lift the ‘blockade’ on Gaza to allow terrorists to enter and leave and to import weapons and ammunition.

Reader Mom’s Teach informs me that one of the Congressman who signed the letter is Elijah Cummings (D-Md) whose Baltimore district is heavily Jewish. Cummings, who has been in Congress since 1996, has attractedÂ between 73% and 98% of the vote each time he has run.

Anyone in Baltimore up for some change?