Not a beep from the United Nations 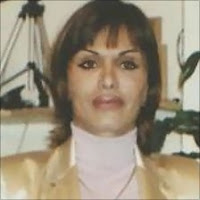 …and females are raped and tortured in prison just to please Allah….

Spaghetti are “bad for Iranian culture”)

Iran’s state-run television has been banned from screeningÂ cooking shows that promote foreign cuisine as conservatives seek to fight Western influence in the Iranian culture, media reported on Sunday.

“From now on teaching how to cook non-Iranian dishes is banned,” deputy head of Iran’s state broadcasterÂ Ali Darabi was quoted as saying by Aftabnews, a moderate website, and several other media outlets. (AFP has more)

The group Human Rights Activists says the body of 45-year-old Zahra Bahrami was buried in the north-central city of Semnan on Sunday.

The group’s report, released Monday, claims Bahrami’s daughter was told that the burial was done secretly to avoid the presence of Dutch diplomats or others.

Bahrami was convicted of possessing and selling drugs. She had been jailed since December 2009 after protests against President Mahmoud Ahmadinejad’s disputed re-election.