Of course he does.

The O’turd was never meant to be more than that.

“I am sick and tired of this class warfare, this Marxist, demagogic rhetoric…”Read More Â» Obama ‘Dictator’ – Socialist Agitator’Â»

“The Rich Sit Around and Count Their Money“

Most frequent visitor in the White House:

‘Forget About the Law’: 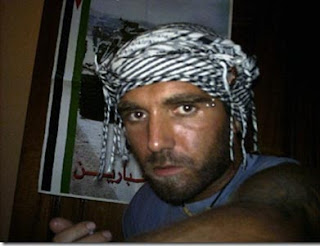 We’re back again to Vittorio Arrigoni, the Italian terror sympathizer who was killed by a rival terrorist organization this week. Incredibly, the New York Times manages to use 16-year old Daniel Viflic, who died on Sunday night as a result of wounds inflicted by an anti-tank missile fired by ‘Palestinian’ terrorists on April 7, toÂ turn Arrigoni into a hero.

4 thoughts on “Allen West: Obama is a "Low-Level Socialist Agitator"”