Well, if that doesn’t qualify ’em to join the EUSSR I don’t know what does. 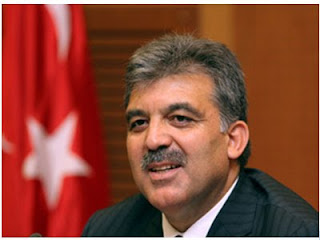 I call upon the leaders of Israel to approach the peace process with a strategic mindset, rather than resorting to short-sighted tactical maneuvers. This will require seriously considering the Arab League’s 2002 peace initiative, which proposed a return to Israel’s pre-1967 borders and fully normalized diplomatic relations with Arab states.

Sticking to the unsustainable status quo will only place Israel in greater danger. History has taught us that demographics is the most decisive factor in determining the fate of nations. In the coming 50 years, Arabs will constitute the overwhelming majority of people between the Mediterranean Sea and the Dead Sea. The new generation of Arabs is much more conscious of democracy, freedom and national dignity.

In such a context, Israel cannot afford to be perceived as an apartheid island surrounded by an Arab sea of anger and hostility. Many Israeli leaders are aware of this challenge and therefore believe that creating an independent Palestinian state is imperative. A dignified and viable Palestine, living side by side with Israel, will not diminish the security of Israel, but fortify it.

Gul claims to want to mediate, but calls on Israel to commit national suicide by accepting the so-called Saudi plan (now known as the Arab League’s peace initiative) and implies that Israel is an ‘apartheid’ state. He makes no calls on the ‘Palestinians’ for any concessions in their demands.

Hardly the way to gain the trust necessary to be a mediator.

Human Rights Watch: We document all human rights violations in the region with equal vigor. (No you don’t, you miserable %*#$@!)

6 thoughts on “Turkey vs Israel”