Yes, the same MB that spouts anti-semitic rhetoric is also a lover of Jews, if you are a crazy Egyptian opponent of the Ikhwan. 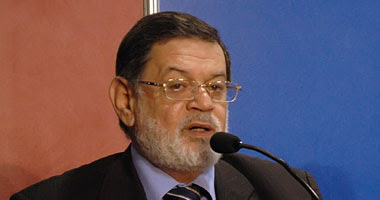 Dr. Tharwat KherpauyÂ (notice how they are always doctors?) said that the MB burned the building down because it had records of the Jews of Egypt willingly selling their land, houses and companies to Egyptians for pennies on the dollar before they left – again, voluntarily – their homeland in the 1950s and 1960s.

Now that the records are gone, the MB is allowing their Jewish friends to flock back to Egypt and claim that their property was stolen, not sold! And the poor honest Egyptians will have no defense, because the records that would prove them wrong are up in smoke!

The logical gaps in this theory are large enough to sail an aircraft carrier through. But that doesn’t stop the opponents of the Brotherhood from saying them, publicly, without embarrassment.

And notice the common denominator: in Egypt, if you want to discredit your opponents, you simply claim that they love the Jews.

Hey Hannity, Koran 5:60 Refers to Jews as ‘Apes and Pigs’

Much to his credit, Sean Hannity, incessantly throughout this week (seeÂ here,Â here, andÂ here), has used his Fox News soap box to pillory the Obama Administration for its sale (i.e., purchased with US aid moneys) of F-16 fighter jets and Abrams tanks to the Egyptian regime under Muslim Brotherhood adept, and President, Muhammad Morsi.

Hannity’s rhetorical attacks have repeatedly-and appropriately-featured Morsi’s 2010 interviews whichÂ characterizedÂ “Zionists,” unmistakably Jews in the Muslim Brotherhood leader’s parlance, as being “the descendants of apes and pigs.” But not once has Hannity, or any of his interlocutorsÂ inÂ theseÂ discussionsÂ of Morsi’s “apes and pigs” comment, informed the Fox News viewing audience that this ugly, Jew-hating reference derives from a specific verse in the Koran, sura (chapter) 5, verse 60 (Koran 5:60).

Elsewhere, I have elaborated and analyzedÂ at lengthÂ Morsi’s broader comments from 2004 to 2012, demonstrating how they meld traditionalist Islamic Jew-hatred (including end of times theology), to the jihad genocide of Israel, and its Jews, and the ultimate goal of re-creating a global Muslim Caliphate.Â  However, because Morsi’s apes and pigs characterization has been cited so frequently this week by Sean Hannity, without its origins in the Koran ever being made plain, this discussion will be confined to showing how the Koran’s references to the Jews as apes and pigs, or simply apes, are integrated with the major thematic elements of Koranic Jew-hatred.

Earlier, in 2004, as reported by the Muslim Brotherhood’s own Arabic Ikhwanonline.com (translated, andÂ publishedÂ in English 11/16/12, by The Investigative Project on Terrorism), when serving as an elected Muslim Brotherhood parliamentarian in the EgyptianÂ People’s Assembly, and/or a member of itsÂ Guidance Bureau,Â  Morsi had enunciatedÂ  the same Antisemitic themes, with more specific Koranic references, before adding an allusion to apes and pigs. Ikhwanonline.com from November 21, 2004quoted MorsiÂ stating,

…it is confirmed by the Quran that Jews are the most hostile of men to Muslims. The Almighty says: “Certainly you will find the most hostile to those who believe are the Jews and those who are polytheists.” [Koran 5: 82] The verse confirms that Jews are the most hostile enemies of the Muslims, as the Almighty says “and prepare for them all you can of power, including steeds” [Koran 8: 60], [Note: The beginning of the verse is on the Brotherhood logo] a verse which urges preparation for this enemy with all our energy to prepare us to confront him at any time; because Zionists are traitors to every covenant and convention… there is no peace with the descendants of apes and pigs, [Koran 5:60]

The theological basis for Morsi’s conspiratorial, dehumanizing allegations against the Jews is aÂ centralÂ antisemitic motif in theÂ KoranÂ which decrees an eternal curse upon them for purportedly slaying the prophets, and transgressing against the will of Allah (KoranÂ 2:61, andÂ 2:90–91, reiterated atÂ 3:112). It should be noted that Koran 3:112 is featured before the pre-amble to Hamas’ foundational Covenant.Â  This central motif is coupled to Koranic versesÂ 5:60, andÂ 5:78, which describe the Jews transformation into apes and swine (5:60), or simply apes, (i.e. versesÂ 2:65Â andÂ 7:166), having been “…cursed by the tongue of David, and Jesus, Mary’s son” (5:78).Â According to the earliest sacralized, pious MuslimÂ biographiesÂ of Muhammad (byÂ Ibn IshaqÂ andÂ Ibn Saad),Â  just before subduing the Medinan Jewish tribe Banu Qurayza, and orchestrating the mass execution of their adult males, Islam’s prophet invokedÂ  this striking Koranic motif for the Jews debasement,Â  addressing these Jews, with hateful disparagement, asÂ “You brothers of apes.”Â Muhammad himself also repeats the Koranic curse upon the Jews in a canonical hadith (Sunan Abu Dawoud,Â Book 37, Number 4322), “He [Muhammad] then recited the verse [5:78]: ‘…curses were pronounced on those among the children of Israel who rejected Faith, by the tongue of David and of Jesus the son of Mary’ .”

Muhammad Morsi’s understanding of KoranÂ 5:60Â comports with the verse’s classical exegesis in the seminalÂ Tafsir al-Jalalayn, meaning “The Commentary of the Two Jalals,” named after its two Egyptian authors,Â Al-SuyutiÂ (1445-1505), a brilliant multidisciplinary scholar, and his mentor Jalalu’d-DinÂ al-MahalliÂ (1389-1459). Â The great contemporary Dutch Islamologist, Johannes J.G. Jansen, notes in his treatise, “The Interpretation of the Koran in Modern Egypt,”Â Tafsir al-JalalaynÂ remains one of the most popular, as well as the most authoritative Koranic commentaries in Egypt. Here is the gloss onÂ 5:60Â fromÂ Tafsir al-Jalalayn:

[5:60] ..those whom Allah has cursed and put far away from His mercy and with whom he is angry-turning some of them into monkeys and into pigs by transmogrification-and who worshipped false gods.Â These are the Jews…”False gods” refers to Shayá¹­Än [Satan]. They [the Jews] worship him by obeying him. Such people are in a worse situation-because they will be in the Fire-and further from the right way (the Path of the Truth) [i.e., Islam]

TheÂ historical treatmentÂ of Jews in Muslim societies, including Egypt, since the advent of Islam-chronic oppression, punctuated by outbursts of mass anti-Jewish violence, forced conversion to Islam, or expulsion-has been consistent with such sacralized religious bigotry. Thus the dehumanizing Koranic references to Jews as apes (or apes and pigs) were used explicitly for polemicalÂ incitementÂ to large scale, annihilationist pogroms against dhimmi Jewish communities in Granada (within mythically “tolerant” Muslim Spain) during 1066, Baghdad and its environs, proliferating into Iran, at the end of the 13thÂ century, and southern Morocco at the close of the 15thÂ century.

The continual, monotonous invocation by Al Azhar clerics of such antisemitic motifs from the Koran (and other foundational Muslim texts) is entirely consistent with the published writings and statements of the late Sheikh Muhammad Sayyid Tantawi-Grand Imam of this pre-eminent Islamic religious institution from1996, till hisÂ deathÂ in March, 2010. Tantawi wrote theseÂ wordsÂ in his 700 pageÂ treatiseÂ (“The Jews in the Koran and Traditions,” originally published in the late 1960s, and re-published in 1986), rationalizing Muslim Jew hatred:

[The] Koran describes the Jews with their own particular degenerate characteristics, i.e. killing the prophets of Allah [Koran 2:61/3:112 corrupting His words by putting them in the wrong places, consuming the people’s wealth frivolously, refusal to distance themselves from the evil they do, and other ugly characteristics caused by their deep-rooted lasciviousness…only a minority of the Jews keep their word…[A]ll Jews are not the same. The good ones become Muslims [Koran 3:113], the bad ones do not…[T]he Jews always remain maleficent deniers….they should desist from their negative denial…some Jews went way overboard in their denying hostility, so gentle persuasion can do no good with them, so use force with them and treat them in the way you see as effective in ridding them of their evil. One may go so far as to ban their religion, their persons, their wealth, and their villages.

Tantawi was apparently rewarded for this scholarly effort by subsequently being named Grand Imam of Al-Azhar University. These were the expressed, “carefully researched” views on Jews held by the nearest Muslim equivalent to a Pope-a man who forÂ 14 yearsÂ headed the most prestigious center of Muslim learning in Sunni Islam, which represents some 85 to 90% of the world’s Muslims. Tantawi’s statements on dialogue, which were issued shortly after he met with the Israel’s Chief Rabbi, Israel Meir Lau, in Cairo, on December 15, 1997, provided him another opportunity toÂ re-affirmÂ his ongoing commitment to the views expressed about Jews in his Ph.D. thesis:

…anyone who avoids meeting with the enemies in order to counter their dubious claims and stick fingers into their eyes, is a coward.Â  My stance stems from Allah’s book [the Koran], more than one-third of which deals with the Jews…[I] wrote a dissertation dealing with them [the Jews], all their false claims and their punishment by Allah.Â  I still believe in everything written in that dissertation. [i.e., Jews in the Koran and the Traditions, cited above]

Sheikh Tantawi never mollified such hatemongering beliefs while Grand Imam of Al-Azhar as his statements on the Jews as “enemies of Allah, descendants of apes and pigs” (April 2002), and theÂ legitimacy of homicide bombing of JewsÂ (April 2002), made clear.

Does Hannity’s repeated, glaring omission of the Koranic origins (verseÂ 5:60) of Morsi’s “apes and pigs” reference, let alone any of the additional context described here, illustrate whatÂ Diana WestÂ has characterized as the Saudi/bin-Talal mediated “Fox effect,” resulting in bowdlerized Fox discussions of Islam? Regardless, ignoring this ugly, deeply rooted traditionalist Islamic context, is not only morally reprehensible, it will only perpetuate current delusive US policies toward Egypt which endanger regional, and global security.

3 thoughts on “Nucking Futz: “our critical interest is that we pay the jiziya”– Kerry”