Trayvon girlfriend(?) and trainwreck witness Rachel Jeantel was on with Piers Morgan tonight. Rachel explained tried to explain the difference between “nigga” and “n*gger.”

How Rachel ever got through school is still a mystery. Â MediaiteÂ reported: (via GWP) 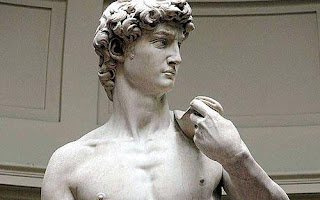 I have a Page on Facebook, calledÂ Save the West. Save the West from what threatens to destroy it from without, Islam, and from within, cultural Marxism, what we sarcastically but also too kindly call “political correctness”. Come and have a look and, if you like it, Like it.

This is more shocking than anything I expected.

One of the many cases of racially-motivated violence of blacks on whites in the USA happened in June in Cedar Rapids, Iowa, whereÂ a black male attacked random white people, unprovoked, punching them several times with a glove containing shards of glass and throwing chairs at others. Witnesses say he made racially charged comments during the attack. One of the victims was a 7-month pregnant woman induced into labour due to the assault.

The African-American economist and socio-political theorist Thomas Sowell, referring to the book described in the article below, wrote: “Reading Colin Flaherty’s book made painfully clear to me that the magnitude of this problem is even greater than I had discovered from my own research.”

From the articleÂ “Black racism in Florida: “Polar bear hunting” is illegal”Â by Dr. Richard Swier (links are in the original):

Are you familiar with the Knockout Game? It is a racially motivated violent game that targets whites. In Florida it is called ”polar bear hunting” and it is illegal.

How is it played?

You start with a group of blacks that number anywhere from 3 to 30 people. As a group, they search for white people, preferably alone, elderly and somewhat defenseless. If they can’t find any, Asians are the next ethnic group targeted. When a target is selected, at least one of the blacks approaches the target and then suddenly sucker punches them in the face as hard as they can. If the victim is knocked out, the person that hit them wins. If the victim is not knocked out, then you continue to hit and kick them until you’re too tired to hit anymore or until the person is dead.

Knockout has become all too common in St. Louis, Missouri. In the past two years, there have been at least 100 Knockout victims, some of which have died. In 2011, one victim was Matt Quain, who was jumped by a group of black teens and beaten, suffered numerous abrasions to his face along with a broken jaw. One of the teens involved in the attack was Demetrius Murphy, a member of one of the most heinous groups in St. Louis known as the “Knockout Gang”…

Colin Flaherty has documented this epidemic of black mob violence in his new book “White Girl Bleed a Lot: The return of racial violence and how the media ignore it.” Flaherty documents, “The Midwest state fair with a ‘Beat Whitey Night?’ Or the Black Beach Week that turns a town into a ‘living hell?’ Or the school principal who blamed Asian students for being racist after suffering years of abuse? The eleven episodes of racial violence on the Fourth of July 2012? Some involving more than 1000 black people?”

Knockout is a racial hate crime that is being ignored and swept under the rug by black social leaders like Al Sharpton and Jesse Jackson Sr. and the media. If a group of whites played Knockout and targeted blacks, Sharpton, the media and the national press would be giving it the coverage of the George Zimmerman trial, but since it’s blacks targeting whites, everyone just turns their heads and says nothing.

God Is a ‘White Racist?’

While those on the left look to place blame for George Zimmerman’s acquittal in the death of Trayvon Martin, a radical professor said it’s because God is a white racist.

They should sue her socks off Â and keep her in a padded cell for life!

The race war is already happening: