Obama “confident” of getting Congressional support to aid al-Qaeda militarily in Syria
.

He probably will get Congressional approval. When has the hopeless John Boehner ever stood up to him? And no one seems to care that we would be fighting on the side of al-Qaeda in Syria — what could possibly go wrong? This is what we lack in the U.S. today: an effective and genuine opposition. All we have instead is weak and shallow me-tooism. There is no actual anti-jihad, anti-Islamic supremacism party in the U.S. at this point.

Remember Archduke Ferdinand: sometimes what appear to be small events touch off a web of interconnected obligations and alliances. 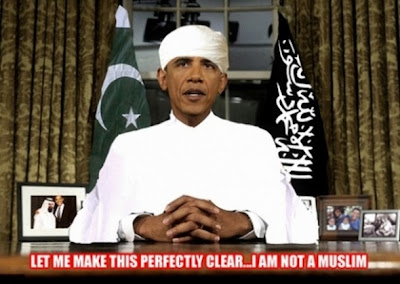 “If there truly is top secret information available, the veil should be lifted. This is a question of war and peace. To continue this game of secrecy is simply inappropriate.” Yes.

Rep. House Majority Leader Eric Cantor Will Vote For Use of Military Force in Syria

AtlasShrugsÂ reports the following:
Obama hits bottom and keeps digging. His unequivocal support of the vicious Muslim Brotherhood has undermined national security and been an overwhelming destructive force for freedom across the world.

Obama addresses convention of Hamas- and Muslim Brotherhood-linked ISNA
“The Islamic Society of North America (ISNA) wasÂ establishedÂ in July 1981 by U.S-based members of theÂ Muslim BrotherhoodÂ with a background asÂ leadersÂ of theÂ Muslim Students AssociationÂ (MSA). As author and terrorism expert Steven EmersonÂ puts it, ISNA “grew out of the Muslim Students Association, which also was founded by Brotherhood members.” Indeed, Muslim Brothers wouldÂ dominateÂ ISNA’s leadership throughout the Society’s early years.Â StrivingÂ “to advance the cause of Islam and serve Muslims in North America so as to enable them to adopt Islam as a complete way of life,” ISNA was highly dependent uponÂ Saudi fundingÂ during its early years.” — fromÂ Discover the NetworksÂ (From theÂ Investigative Project on Terrorism)Â Uncovered Muslim Brotherhood Documents Could Put Obama In Prison
.
Isn’t it obvious?
Treason & Deceit:

3 thoughts on “The Warmongers Treason & Deceit”