“…Stalin had the right idea – line a million or so of ‘em up against a wall”. (Jonathan Green)

There are more droppings like that. Where? At “our” ABC of course. Â Don’tcha know that theÂ ABC is Australia’s most trusted, independent source of news?

But look how they squeal when you call them out:

To whom is the ABC listening?

Seven months ago an enragedÂ Islamic fellowÂ stood in a London street and told the world that he’d slaughtered a British soldier in the name of Allah. Many in the media, particularly at the ABC,Â refused to listen. Even though the blood-drenched murderer cited the Koran, ABC typesÂ remained in denial:

“Where is your primary and official source that these crimes were carried out in the name of Islam … ?”

“What proof do you have that these crimes were even carried out by a Muslim man or in the name of the religion?”

“The ABC does not exist to inflame racial tensions like Tim Blair.”

The accused killer is nowÂ on trial:

The Islamist fanatic accused of murdering soldier Lee Rigby told a court he “loves” al Qaeda and considers the terror group “his brothers in Islam”.

Michael Adebolajo, 28, also told the Old Bailey jury that he was a “soldier of Allah” and that he had no regrets over the killing because he was obeying his god.

Asked who al Qaeda were by his counsel, David Gottlieb, Adebolajo replied: “Al Qaeda, I consider to be Mujahideen. I love them, they’re my brothers. I have never met them. I consider them my brothers in Islam.”

He added: “Mujahideen are the army of Allah.”

It’s clear that Obama’s negotiators didn’t do their homework before showing up in Geneva. And they expect Israel to pay the price. 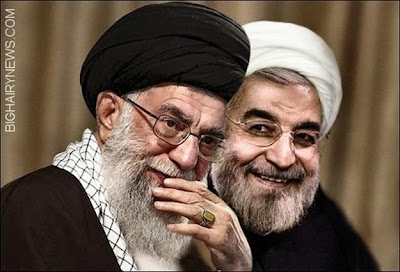 A lack of preparation by the P 5+1 group in Geneva last month hasÂ Iran laughing all the way to the bank.

Senior officials in the administration of PresidentÂ Barack ObamaÂ have conceded over the past few days in conversations with colleagues in Israel that the value of the economic sanctions relief to Iran could be much higher than originally thought in Washington, security sources in Israel told Haaretz. (Israel Matzav)

One thought on “Stalinists at the ABC”