Posted byÂ Daniel Greenfield @ the Sultan Knish blog
American progressives like to think of their country as backward and reactionary compared to Europe. And they have never been more right than now when Europe and the rest of the First World have gone right while America under Obama has been left back. 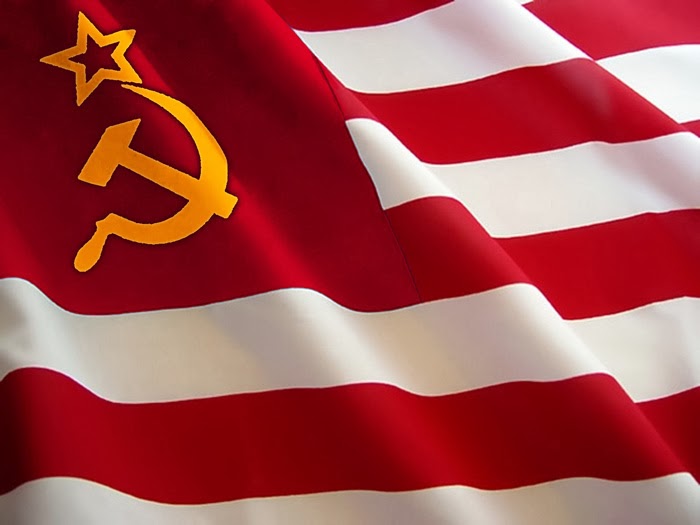 In America Alone, Mark Steyn envisioned the United States as a beleaguered hope in a dying West. Seven years later, American politics are much less healthy than those of the rest of the free world.America does stand alone. It stands alone in embracing the rule of the left.

Recently Australia, Japan and Norway welcomed in conservative governments. Tony Abbott, Australia’s new prime minister, is a former heavyweight boxer who attended Oxford and is putting a spoke in the wheel of the Global Warming ecohoax. Japan is casting off its pacifism and standing up to the People’s Republic of China and Norway gave its left-wing government the boot and moved in “Iron Erma” in a coalition with the libertarian Progress Party which opposes taxes and immigration and supports free enterprise.

Australia, Japan and Norway are not outliers. The majority of First World countries now have conservative governments.

Canada has embraced a patriotic foreign policy and energy exploration under Prime Minister Stephen Harper. In Israel, Prime Minister Benjamin Netanyahu and his conservative Likud party have continued to move Israel’s economy toward free enterprise. And even in the UK, Prime Minister David Cameron, for all his follies, is a conservative, even if he is more McCain than DeMint, and has pushed for deregulation and welfare reform.Sweden’s center-right coalition government has won re-election for the first time in a century. Norway and Sweden, countries that Americans used to consider the very embodiments of Socialism, now both have conservative governments.

Even Europe’s left-wing parties have had to adapt to the new economic environment. Denmark’s Prime Minister Helle Thorning-Schmidt, who has been in the news lately for all the wrong reasons, has suffered a severe setback in municipal elections and is scrambling to hold her left-wing government together. And even Thorning-Schmidt only made it this far by embracing welfare reform, cutting corporate taxes and slashing unemployment benefits.

The rule of the radical left in the United States is very much an outlier in the rest of the First World where conservative and center-right parties predominate. The conventional First World response to the economic crisis has been to cut spending and reform welfare, while in the United States has spent more money than ever before and expanded welfare.

Much of Europe now favors less federalism and less immigration. The United States has expanded its federal government dramatically and both Democratic and Republican leaders support amnesty for illegal aliens at a time when immigration is politically toxic everywhere else.

The only major European countries with a sizable population and serious economic problems ruled by the left are France and Italy and both are approaching economic collapse. France’s ruling left has become wildly unpopular and Italy is still imploding in slow motion. While the American left insists that historical inevitability is on its side, it has lost nearly everywhere else. America stands alone under the rule of the left, in uncontrolled spending, uncontrolled immigration and the iron hand of the welfare state.

There are key differences. 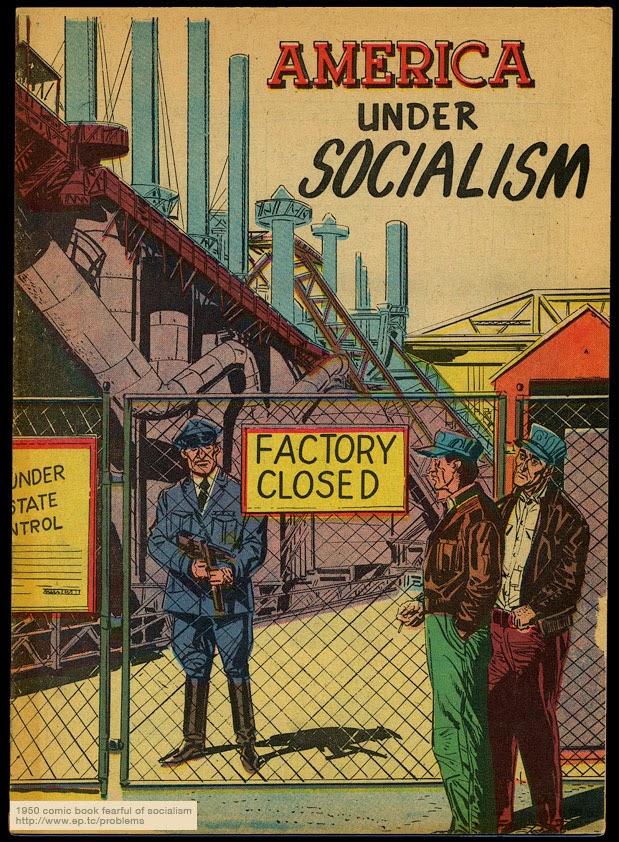 America’s massive wealth and resources have allowed the left to act as if it could borrow against them indefinitely to finance its big government schemes. Imagine a billionaire’s fortune falling into the hands of his idiot wastrel son who has no idea that money ever runs out.

Smaller countries don’t have the luxury of running up infinite debts and not worrying about how they will be paid back or pretending that impossible rates of economic growth will compensate for trillion dollar deficits.

America is the left’s economic fantasyland because it has so much that they imagine that it will take a long time to bankrupt.

Europe is dominated by parliamentary democracies where it would have been impossible for an executive to stay in office on popularity and racial guilt after his actual policies had been completely discredited. In a parliamentary democracy, the 2010 midterm elections wouldn’t have just meant a Republican House of Representatives, but would have booted Obama out of the White House.

Conservatives denounce populist politics in America, but it’s actually the remnants of the system that safeguards political power from populist elections that has kept the Senate and the White House in the hands of the left while turning over the House of Representatives to the Republicans creating a crisis in which the populist body could do nothing, while Obama unilaterally ushered in an imperial presidency.

There are Tea Party leaders who already envision such a move which frightens the GOP leadership. But GOP leaders might want to consider whether such a conservative coalition might not be in their own best interests. The Republican Party would be freed from its right and could play at being moderates without worrying about accusations that it’s a party of extremists, while at the same time there would be a negotiated system of imposing conservative compromises on it at the legislative level.

A Republican Party-Tea Party coalition would probably achieve a lot more reforms considering that even the UK’s coalition between the Conservative Party and the left-wing Liberal Democrats achieved more reforms than the Republicans did during the Bush administration.

Another major difference is that America has a higher percentage of minorities than most other First World countries. In many First World nations, the left has assembled minorities into a welfare coalition. But such a coalition is much more potent in the United States because of demographics and guilt over segregation and slavery.

Higher minority birth rates also mean that the United States has a larger percentage of the youth vote than many First World countries and a younger electorate is dumber and more vulnerable to bells and whistles. A country with an older population would not have embarrassed itself by running around in Obama t-shirts and weeping and fainting at his rallies. Older people are capable of behaving stupidly, but it takes a country with a lower voter age to elect a man whose only real credential was celebrity.

The ultimate ambition of the left is to alter demographics of the United States and the rest of the developed world to a majority-minority population that will allow them to loot the evil racist white minority of its wealth to finance their Socialist schemes. Despite European open border migration, the United States is closer to reaching this brink than many other countries which makes it more vulnerable. As long as minority groups participate in the left’s welfare coalition, immigration means economic collapse.

As long as minority groups participate in the left’s welfare coalition, immigration means economic collapse. There is no possibility of maintaining national prosperity without drastically limiting immigration. Economic conservatism and open borders to welfare populations with voting rights are utterly incompatible and cannot be made to work no matter how many libertarians and Chamber of Commerce politicians argue otherwise.

Finally, there is the Obama factor.

Hillary Clinton would probably have lost in 2012. Most Democratic hacks would have. But the cult of personality built around Obama by the news and entertainment industry has been very hard to breach. Only the “If you like your health plan” lie has finally put a serious dent in his likability and trust ratings.

Obama is something unique. He’s the end product of a venture by liberal billionaires from the financial and tech sectors to build a radical Trojan horse politician. They invested a great deal of money into their project and the dividends have been huge. No other First World country has been victimized by such a calculated scheme or had so many resources invested in hijacking its democracy.

Some 6 billion dollars were raised and spent in the 2012 election. Those are astronomical amounts of money and they are probably only the tip of the iceberg. Beating that kind of spending isn’t easy.

While the rest of the First World moves on, America remains trapped in the defunct economic and political grip of the left. After dedicating enormous resources to taking over the Democratic Party and then the country, the left has turned the United States of America into its Soviet Union, a country out of time, its economy and society wracked by the discredited political and economic theories of the left.

One thought on “America Under Socialism”