Israeli officials are calling US Secretary of State John FN Kerry’s ‘security plan’ ‘unsophisticated’ and ‘unusable’ and are complaining that the manÂ does not even know how to read a map. Â (Israel Matzav)

Â Based on Kerry’s public statements and conversations with them, the officials quoted said they don’t expect anything useful to emerge from the process. “Kerry is here in the region a lot, but he has almost no understanding of how things work in the Middle East.

ISRAEL NATIONAL NEWS:Â Governmental sources report that US Secretary of State John Kerry is behind the European boycott threats on Israeli products and companies operating in Judea, Samaria, eastern Jerusalem and the Golan Heights.

The United States says that US Secretary of State John FN Kerry isÂ NOT trying to convince the Arab LeagueÂ to endorse the idea of Israel as a Jewish state. I was SO worried about that possibility…. (source)

From Israel’s Channel 10; translation by Yoel:

Note that the sons of bitches spend all their time in cafe’houses. None of Â them can be bothered with a job….. 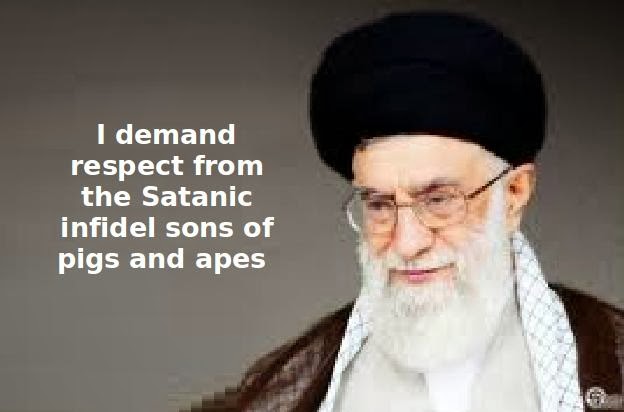 “We had announced previously that on certain issues, if we feel it is expedient,Â we would negotiate with the SatanÂ (the
United States) toÂ deter its evil,” Khamenei told a gathering.

“The nuclear talks showedÂ the enmity of AmericaÂ against Iran, Iranians, Islam and Muslims,” he said.

Don’t expect to see this in the mainstream media, which hasÂ lately adopted a new memeÂ that Iran and the US have many strategic interests in common.

Let’s not publish any of that “Satan” stuff – it just muddies the waters of how we want things to be.

Update:
.
Those “African Migrants”
.
There are tens of millions in Africa who are seeking shelter in Western countries. Israel isÂ Â the only Western country with a land border with Africa. The danger for the Jewish state is great.

4 thoughts on “Scary Kerry: no understanding of how things work in the Middle East”