Tiny minority of excremists calling for genocide, nothing to see here, move on….

From the Elder of Ziyon:Â Hizb ut-Tahrir holds rally on Temple MountÂ 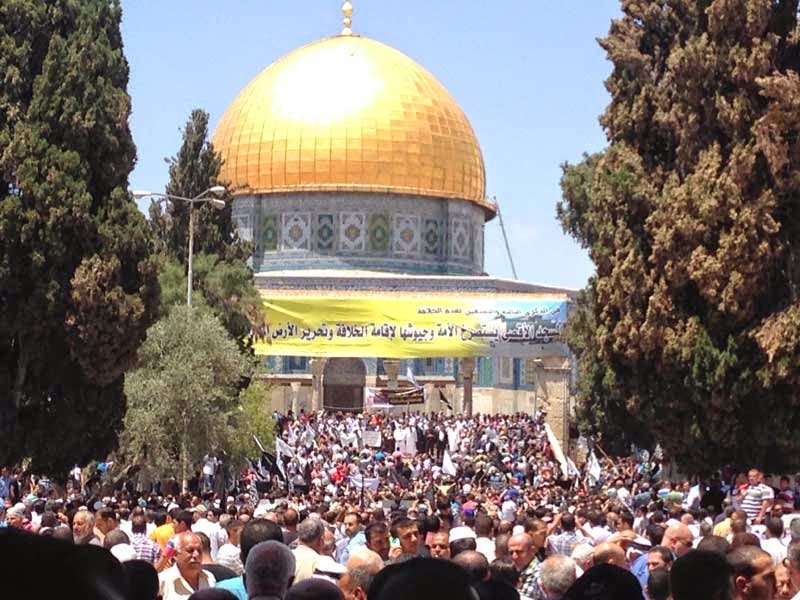 Direct incitement against Jews and demanding the destruction of the Jewish state – on Judaism’s holiest spot.

I only found this story in one place,Wattan TV, but according to that article there was a massive rally on the Temple Mount today from Hizb ut-Tahrir, a radical Islamist group that wants to reinstate the caliphate. In fact, this rally was meant to mark the 93rd anniversary of the caliphate being dismantled.

Thousands of members of the Hizb ut-Tahrir gathered in the courtyards of Al-Aqsa Mosque to participate in the appeal to “the Islamic nation and the Muslim armies in order to establish the caliphate and move armies to liberate Al-Aqsa Mosque and the rest of Palestine from Jewish occupation.”

Preachers spoke among the masses, who cheered during their appeal, for the crimes of the Jews towards the Al-Aqsa Mosque…The preacher appealed of the armies of Egypt, Pakistan and the countries of the Maghreb, Yemen, Turkey and the forces of the Levant, and all the Muslim armies, instigating them to the victory of religion and the establishment of a succession of Muslims to crawl toward the Al-Aqsa Mosque for cleansing and removal from the occupiers, usurpers of Palestine… calling toÂ cleanse the Al-Aqsa Mosque from the abomination of Jews.

ThisÂ Australian Hizb ut-Tahrir siteÂ mentions that this demonstration would happen this month.

I had no idea Hizb ut-Tahrir has such a large following among Palestinian Arabs. Since they aren’t affiliated with any Hamas, Fatah or any other Palestinian Arab political movement, it may be that none of the partisam PalArab media bothered to cover this.

If this isn’t proof that Israel is more permissive about access to holy places than Muslims are, I don’t know what is. 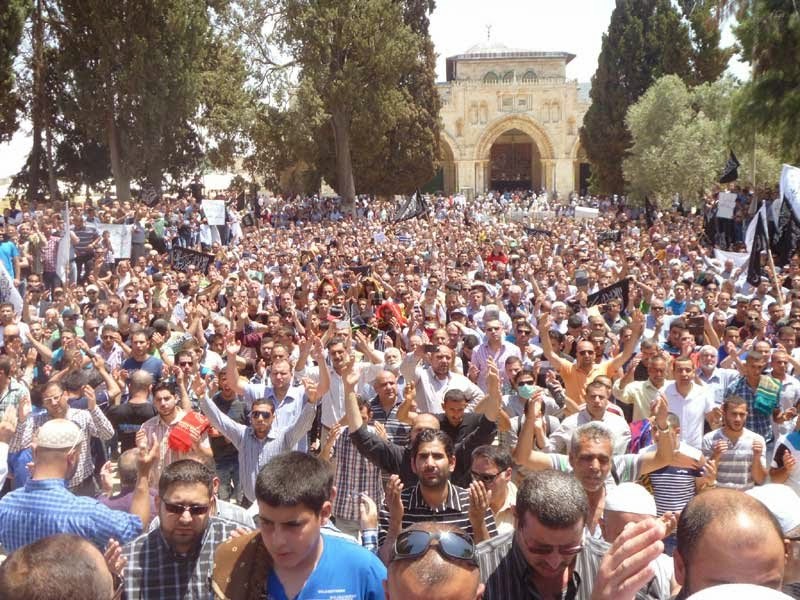 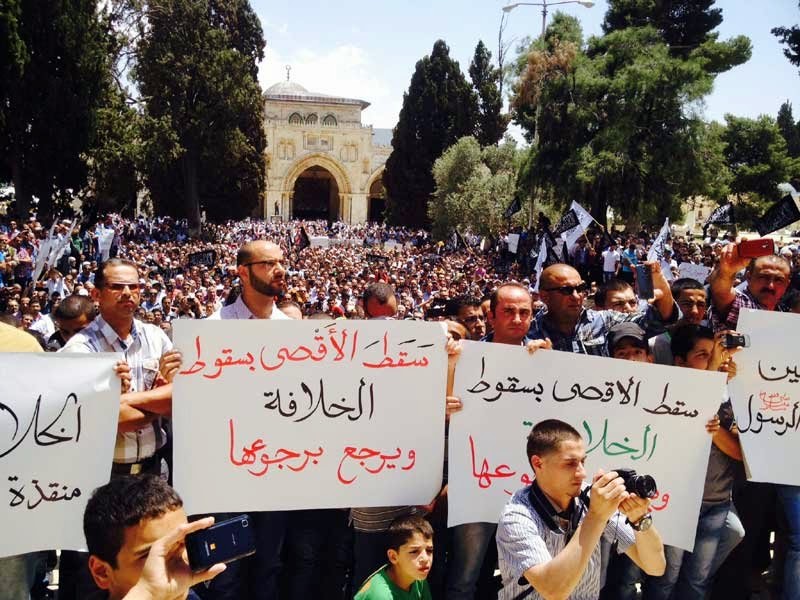 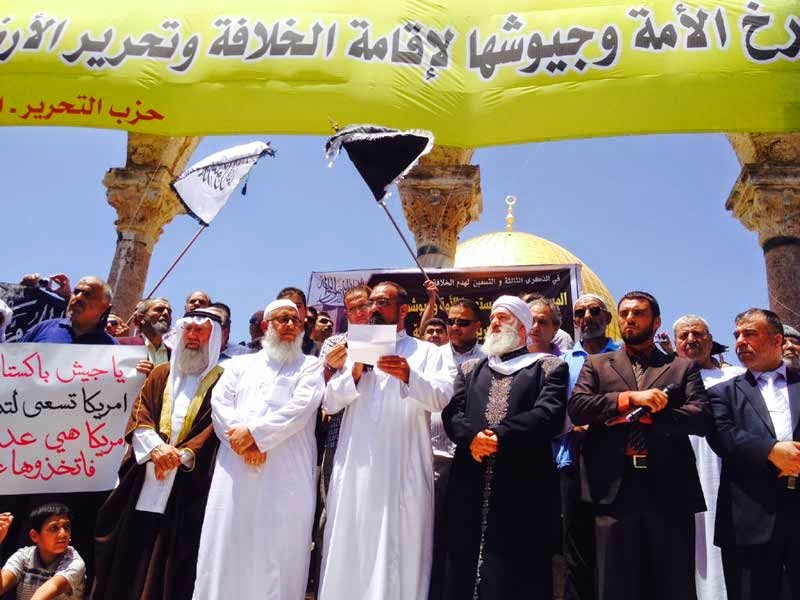