The ‘Nakba’ Keys Are Getting Bigger, LOL!

Two Pal-Arabs were killed by IDF fire in the West Bank during Nakba Day clashes.

Clashes erupted near a West Bank army checkpoint after some 200 protesters calling for the release of Palestinians detained without trial set fire to tires and hurled stones at border police, marking the 66th anniversary of the “Nakba,” meaning catastrophe, when many Palestinians fled or were expelled from their towns and villages during the 1948 Independence War. Â (Photo: AP)

Yes, there is apartheid

Congressman Andrew Harris expressed his concern at the lack of religious freedom while visiting the ‘Al Aqsa mosque’. Â “I’m actually surprised that access is so limited and especially the discrimination against Jews above any other religion in visits to the Temple Mount. It surprises me as an American, believing in religious freedom, that [such religious discrimination] would exist.”

“Arabs recognizing Israel would mean suicide for the Arab cause”

AnÂ op-ed in MoheetÂ byÂ Mohammed Saif EldawlaÂ is entirely true!Â Arabs are colonizers and have been since the seventh century….. 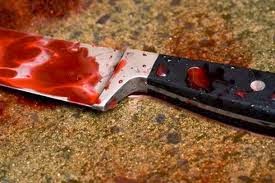 The rate of women being murdered in the West Bank and Gaza hasÂ increased dramaticallyÂ even over last year’s high numbers.

In less than five months this year, however, 18 women have been murdered – 13 in the West Bank and 5 in Gaza. At this rate, the number of women killed – usually under the excuse of “family honor” – may double again this year.

Susan Rice: US-Style Democracy with Political Discourse Undermines Our Standing in the World

Lie down with dogs, get up with fleas.

The Obummer surrounded himself with race hucksters, Marxist Â and Maoist cranks, homos and dykes. Fruit loops like Susan Rice Â just proves how bad this horror really is.