Video: Mohamed Zuhbi says he would pose no threat if he came home (ABC News)

Muslim Â terrorist with Australian passport in Syria has denied funding terrorism after his bank accounts were closed when he became a vocal supporter of militant group Islamic State in Iraq and Syria (ISIS).

Mr Zuhbi insists he does not know them personally.

“… they are not acquaintances, just friends on Facebook,” he said 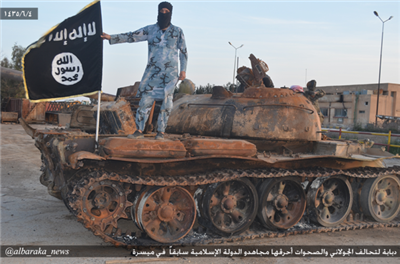 Iraq says declaration is a threat to all nations

The Islamic State’sÂ declaration of a caliphateÂ is a message that the group has become aÂ threatÂ to all countries, the Â (shiite)Iraqi army has said.

“This declaration is a message by Islamic State not only toÂ IraqÂ or Syria but to the region and the world. The messageÂ is that Islamic StateÂ has become a threat to all countries,” said army spokesmanÂ Qassim Atta.Â I believe all theÂ countries, once they read the declarationÂ will change their attitudes becauseÂ it orders everybody to beÂ loyal to it,” he said.

Our learned anal-ysts will sleep right through it. It takesÂ something much stronger to wake them up.

Our culture is not protected within Islam. Our culture to them is alien, debased and illegal, so it’s okay for them to publicly denounce ours as evil. Yet our culture inhibits criticism of theirs.

Has there ever been a greater cultural imbalance that shows no sign of being confronted by the Left?

But the middle ground is stirring, there is movement afoot, we are starting to see the ugly face of Islam and governments are being forced to recognise and address its vile excesses.

A new Islamic terrorist State of Iraq is emerging and when it tires of killing its own it will turn its attention West and call upon those it has exported to our suburbs to help. 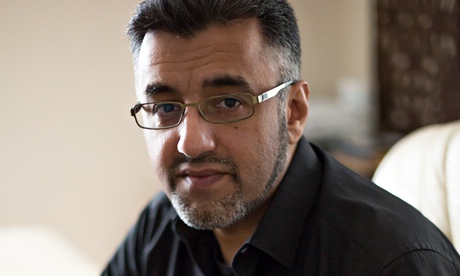 A former senior government adviser on tackling radicalisation and extremism has defended the right of British Muslims to travel toÂ SyriaÂ and fight.

Farooq Siddiqui, a former regional manager forÂ the government’s controversial Prevent strategy, said it was acceptable for Britons to “walk the walk” and travel to Syria to fight the forces of PresidentÂ Bashar al-Assad. (The Guardian)

Jihad by the mouth and by the pen:

And it’s probably because the CEO of Coca Cola,Â Muhtar Kent, is a Muslim*Â who happens to be listed by Forbes as a top Amnesty supporter. *exposed-now-we-know-why-the-controversial-coca-cola-super-bowl-commercial-featured-a-muslim-woman-wearing-a-headbag The TV ad says, “There’s no better time than now to embrace new people in your life. Start a conversation, share a smile, make a friend for life. Ramadan Kareem!” […]Read more of this post

In a discussion about full-face veils, a roomful of Muslim supremacists in Britain defend what they consider their “human right” to cover their faces in public. Douglas Murray,Â British writer, journalist and commentator,Â is a frequent critic ofÂ Islam, and has identified what he sees as, “a creed of Islamic fascism – a malignant fundamentalism, woken from the […]Read more of this post

Devout Â Muslim hate preacher, Omar Bakri Muhammad, known as the ‘Tottenham Ayatollah’ has been warned that any bid to return to the UK and seek asylum will fail. The Syrian-born firebrand lived in London for nearly 20 years until he fled for the Lebanon in 2005. His children are asking for the militant Islamist leader […]Read more of this post