Hamas helpfully explains what it means by “truce” (in Arabic, of course)

Mushir Al Masri is a member of Hamas parliament and one of the more prominent spokespeople for Hamas.Â Here, he explains in Arabic exactly what Hamas has in mind with its “generous” offer of a hudna (“truce”):

Al Masri is also behind aÂ quite different message aimed at Westerners:

Hamas claims its media campaign has helped unify Gazans behind itÂ and stoke protests against Israel in cities around the world.Â “We were able to confront their media machine and to win the battle in most cases,” said Mushir al-Masri, a Hamas spokesman.

He is pictured here, in front of a staged backdrop of a bombed out house, in Hamas’Â de facto headquarters in Shifa HospitalÂ (a fact ignored by most media) Â in a now deleted tweet by the WSJ’s Nick Casey: 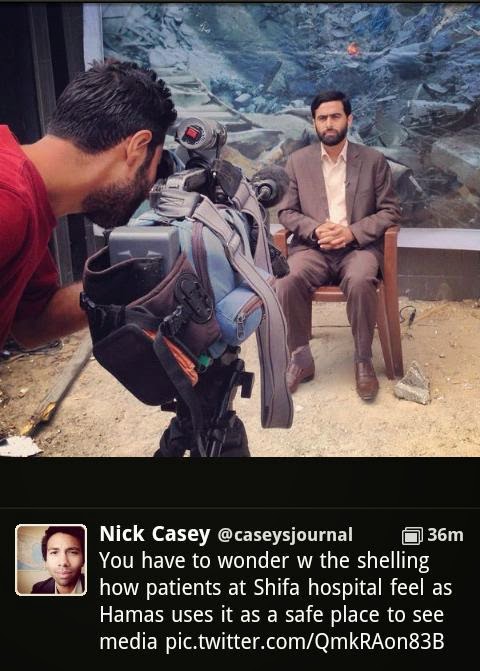 Here you have Hamas’ media strategy in a nutshell. Hamas tries to appeal to Western “liberals” by parading dead babies in front of cameras while they “unify” their own people by predicting their own future massacres of Jewish babies.

One thought on “Hamas: "a truce in our dictionary means preparing for the next battle"”