The NSW Community Relations Commission chairman, Vic Alhadeff, has quit after defending Israel’s attacks on Gaza caused a furore between Sydney’s Jewish and Muslim groups. (Mohammedan supremacy demands that Jews do not defend themselves.)

Decision to restart bombardment comes after Hamas rejects Israeli terms for 24-hour extension of humanitarian ceasefire. (Israel resumed shelling after Hamas continued firing rockets that killed a soldier while Israel was in an unilateral ceasefire.)

The Hand of G-d

The hand grenade that saved a life

IsraeliÂ mediaÂ Â reported on an unusual incident last week where an IDF soldier was shot by a Gaza sniper with a Kalashnikov.

The bullet was blocked – by the soldier’s hand grenade. 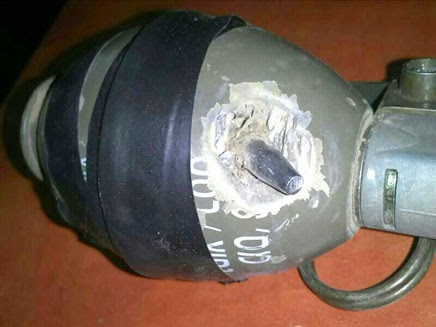