Redundant. Whatever they call themselves, all these Arab-Muslim terrorist organisations find their genocidal ideology in the Koran and the sunnah. Their goals are identical.

And then, there is the Arab Madness:

He says that the murder is part of a Jewish “history of treachery and murder,” where he says Jews use human blood for their rituals and rites. 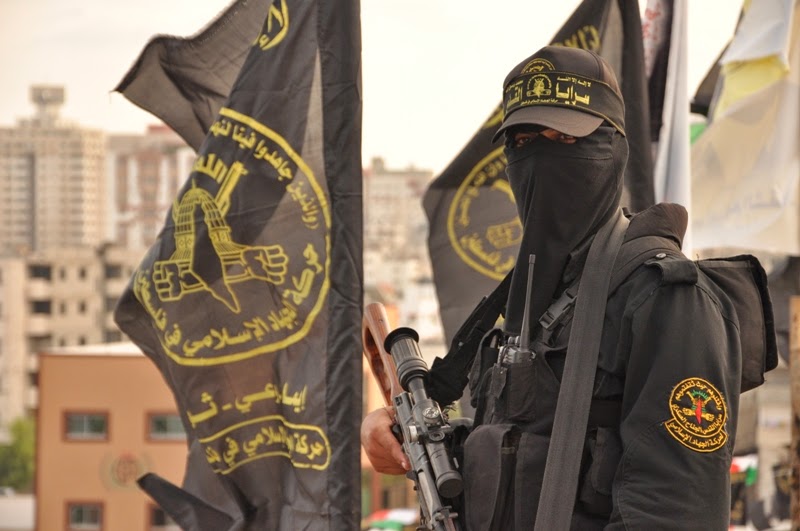 The Islamic Jihad movement said Wednesday that settlers were a “legitimate target” for Palestinians and the resistance.

In a statement, Islamic Jihad held Israeli authorities and the army responsible for its continuous attacks on Palestinians, their lands and religious sites.

The statement condemned the “crime” of kidnapping and killing of Muhammad Hussein Abu Khdeir.

The movement said this “crime” was a continuation of a series of crimes by the Israeli army and settlers which also killed Youssef Abu Zagha from Jenin refugee camp on Tuesday.

TheÂ actual statementÂ mentions “price tag” attacks as well, and says that the terror group is “regaining its vitality in the West Bank, and the day will come that punishes the enemy for each drop of Palestinian blood spilled by the aggression of the Israeli army and settlers.”

This is not a change in policy, of course.

And no Palestinian Arab will speak out against this incitement to kill Jewish civilians, of course.

(And yes, it is obviously aimed specifically at Jews, and not at Israeli Arabs who moved across the Green Line since 1967. Which means thatÂ Islamic Jihad has something in common with the EU.)