This is reminiscent of Muhammad’s notorious jihad attack on the Jews at the Khaybar oasis in Arabia. As I explain in my book The Truth About Muhammad, when Muhammad raided Khaybar, the Jews were going out to tend their farms. One of the Muslims later remembered: “When the apostle raided a people he waited until [Robert Spencer]Continue Reading Â»

The jihad rages. This devout Muslim group is on a bloody rampage in the cause of Islam. Slaughtering farmers en masse. And while this group makes fun of Michelle Obama’s twitter campaign to #bringbackourgirls, the Obama administration has said that Boko Haram (Party of the People of the Sunnah for Proselytizing and Jihad) has “legitimate […]READ MORE

Because the nuns are Infidel women, they can lawfully serve as “captives of the right hand” (Qur’an 4:3, 4:24, 33:50) for Muslim men. The Egyptian Sheikh Abu-Ishaq al-Huwayni declared in May 2011 that “we are in the era of jihad,” and that meant Muslims would take slaves. In a subsequent interview he elaborated: Jihad is [Robert SpencerÂ /Â Comments]Continue Reading Â»

For some dogs, he still walks on water: 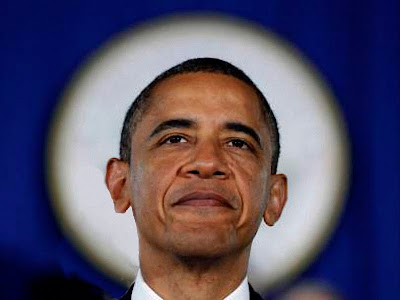 It’s official, we are living in a bizarro world.

White House Press Secretary Josh Earnest today spun himself right into outer space with the unworldly claim that President Obama is somehow improving the “tranquility” of the planet.

Applying the term “tranquil” to the world as it exists today is about like mixing “cuddly” and “pit bull with rabies.” (eye on the world)