“There’s extremely heavy shelling going on in that neighbourhood. This is an area you’d think would be relatively safe,” she said. (Not. They have been warned)

“It’s a public hospital; it is run by the government. It was established here before Hamas took over.”– (so this dog is actually admitting that it is a Hamas hospital)

So what is it?

Oh, by the way, Hamas’ de facto headquarters is in Shifa Hospital 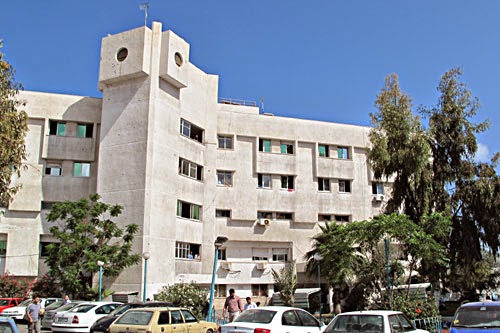 At the Shifa Hospital in Gaza City, crowds gathered to throw shoes and eggs at the Palestinian Authority’s health minister, who represents the crumbling “unity government” in the West Bank city of Ramallah. The minister was turned away before he reached the hospital,Â which has become a de facto headquarters for Hamas leaders, who can be seen in the hallways and offices.

Isn’t that special? (from the Elder)

One thought on “Now why would Israel shell a hospital?”