1,400 Children Victims of Muslim Rape Gangs in UK | FrontPage Magazine
.
Daniel Greenfield’s blog atÂ The PointÂ deals with this shameful, outrageous and terrifying story: “UK Police Arrested Parents Trying to Stop Muslims from Raping their Children.”
.
Islam Had Everything To Do With What Happened In RotherhamÂ

Raised in communities, or families, suffused with Islam, the Muslim men who raped and beat and passed around for generalÂ  enjoyment, and then threatened with death, very young English girls — did so because they thought the kuffar girls were fitting prey. In a society where the natural order of things prevailed, that is where Muslims dominated and non-Muslims subject to every sort of humiliation, Christian or other non-Muslim girls — so Boko Haram and ISIS (which recapitulates Islamic history, and the mistreatment, after conquest, of non-Muslim peoples) show us, non-Muslim women couldÂ  be kidnapped, raped, converted, killed.Â  In England, where the man-made laws, the kuffar laws, still prevailed, such things were punishable — but who cares about man-made, kuffar laws? The deep contempt and hatred forf non-Muslim that Islam, in the Qur’an and Hadith, inculcates in the Believers, and the more those Believers take Islam to heart, the greater that contempt and hatred, explains not only what happened in Rotherham, but similar gangs of Muslim men abusing young English girls in Oxford, in Rochdale, in Derby, in a dozen other places we know about, and probably in hundreds where we as yet do not.

When Muslims now ostentatiously deplore what the Rotherham Report revealed, and claim at the same time that this has “nothing to do with Islam” you can ignore the absurdity of the latter remark and be suspicious of the former one, in which they attempt to ensure that ignorance of Islam, confusion about Islam, fear of saying something untoward or impolite about Islam, continues, and these assertions are part of the Jihad of “pen, tongue” that is at least as dangerous as the Jihad of terrorism or qital (combat).

I am not interested in Muslims benefitting, are you?

Muselmaniacs are here (So let’s try to alloy iron with clay and emulate the failures of the rest of Europe?)

….we in Malta are not working hard enough to learn the lessons from other European countries on how to go about successful co-existence with the Muslim community in Malta. …More alloying atÂ Times of MaltaÂ thanks to Mullah, pbuh. (the Maltese should know better and if they ignore the lessons of history, they deserve to be punished most severely…)

Mehdi Hasan can get stuffed. Why waste your time on this Islamic waste product? 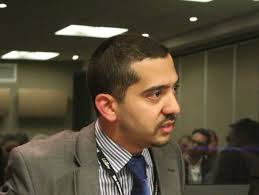 When I was onÂ The Last Stand Radio ShowÂ the other night, I had said one of the things we as non-MuslimsÂ needed to do is become more assertive andÂ challenge Muslim propagandists head-on.Â We just cannot allowÂ theirÂ deception to go unchallenged.Â Today we see another example of this from our mate and guest blogger,Â The London Humanist.Â (www. LondonHumanist.com)

One thought on “Easy Meat and Islam….”