All we get from the enemedia is Hamas propaganda (Dead Baby Jihad) and wailing Arab mothers.

To put it mildly, this is irresponsible.

FromÂ Al JazeeraÂ via the Elder:

Navi Pillay, the UN human rights commissioner, on Thursday …criticised the US, Israel’s main ally, for failing to use its influence to halt the violence.

“They have not only provided the heavy weaponry which is now being used by Israel in Gaza, butÂ they’ve also provided almost $1bn in providing the Iron Domes to protect Israelis from the rockets attacks,” she said.

“No such protection has been provided to Gazans against the shelling.”

Yes – the UN is blaming the US for providing purely defensive weapons to Israel, apparently because of a brand new international law she made up that all weapons must be provided to all sides of a conflict. No country may give military aid to any country without giving the exact same aid to its enemies. It’s proportionality!

This is a new level of stupid even for the UN. And that’s saying something.

But because Israel is the country being singled out for this idiocy, Pillay won’t be pilloried. 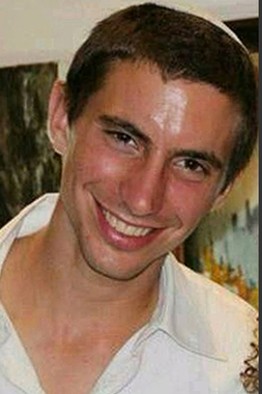 Obama says release is precondition for truce talks but Hamas says it does not know missing soldier’s whereabouts. Then turns around andÂ Attacks Israel for “Indefensible” Deaths

Do Gaza civilians support Hamas’ military operations that use them as human shields and store weapons in their schools and mosques?Â  Ayman Mohyeldin would have you think so.Â  On today’sÂ Morning Joe,Â the NBC reporter claimed that among Gazans, Hamas’ military wing is “very highly revered.”

To which Israeli spokesman Mark Regev had a stunning comeback: “I mean,Â if you walk down the street in Gaza with an NBC cameraÂ and you ask people, well, was Hamas shooting from this building that the Israelis targeted? No, everyone will say, of course, not. Because you have a regime that is ultimately authoritarian and violent to its own people and they have that ability to control the message.Â It’s like walking down the street in Cuba with a camera and saying do you like Fidel Castro? What can people say?”Â View the video.Â Read More

“…the Qataris Â have told me over and over again that Hamas is a humanitarian organisation.”

Nancy Pelosi needs to be locked in a rubber room for which the key should be tossed–permanently. (Scaramouche)

Qatar funds the terrorist syndicate HamasÂ in a major way….

Appearing on Fox News’Â HannityÂ on Wednesday, July 30, Mosab Hassan Yousef, the son of the founder of the terrorist group Hamas, had some harsh words for those who claim that the group is merely a “humanitarian” organization.Â Speaking to Sean Hannity,Â Yousef insisted that Hamas is “not a humanitarian organization. Hamas is a terrorist organization with a humanitarian face to it.”

The most popular posts were the ones that tore off the mask of journalists covering the war: theÂ Spanish journalistÂ who admitted that reporters in Gaza were under threat, theÂ Italian journalistÂ who said that the massacre at the Shati camp was from Hamas, and the videos ofÂ reporters being scaredÂ by nearby rocket fire.