In Arabic, Muslims freely admit that the Quran is antisemitic 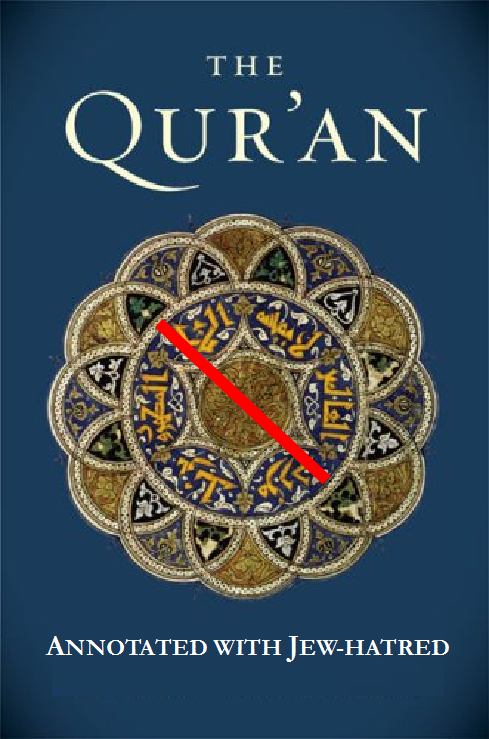 In August, I gave theÂ highlightsÂ of an article from aÂ Dubai newspaperÂ called “The Qualities of Jews in the Quran.”

To summarize, here were the attributes of Jews described in the Quran according to Muslims themselves from that article:

Now, an entirely new article with the identical title has been published inÂ Felesteen.Â The list is different, too, although it does overlap.

So here is the Palestinian Arab list of the qualities of Jews:

Both articles back up these lists with specific citations of Quranic verses.

These are not coming from anti-Islam sites. These are not someÂ apologetics written in EnglishÂ to pretend that the Quran is not antisemitic. These are two independent articles, written two months and a thousand miles apart, by two different Muslim scholars for Muslim audiences, meant to describe factually how the Quran thinks of Jews – andÂ how Muslims are supposed to think of Jews.

The topic of Muslim antisemitism is minimized and swept under the rug in mainstream Western media, or it is attributed to hate for Israel. But these articles prove that Jew-hatred is baked into the source texts of Islam, and Muslims are quite open about this among themselves.

The West must stop pretending that somehow Muslims are only anti-Zionist. Muslims are taught to denigrate and hate Jews. Antisemitism isn’t an anomaly among Muslims; it is regarded as a religious obligation!